A family that has fallen on hard times decides to move to the country and try to make a go of running a sunflower farm. So they buy a rundown and long abandoned farmhouse, move in, but shortly afterward their two children begin to experience unusual encounters with supernatural entities that do not seem friendly. With Kristen Stewart, Dylan McDermott, Penelope Ann Miller and John Corbett. Directed by Oxide & Danny Pang. [1:30]

SEX/NUDITY 3 - A teenage girl wears low-cut tops that reveal cleavage and low-slung pants that reveal bare back to the hip and a hint of buttock cleavage.
► A husband unsnaps his shirt, makes a sexually suggestive remark to his wife ("I've been reading the Farmer Sutra") and they kiss. A husband and wife kiss.

VIOLENCE/GORE 7 - We see a frightened woman packing her suitcase and instructing her son to hide under a bed, and someone grabs and throws her hard against a wall (we see a blood smear on the wall); a teenage girl is thrown over a stair railing, crashes on the floor below and then dragged into a basement (we hear her screaming and see her scratching the floor with her fingernails as she is dragged along the floor), and a boy hides in a cupboard but someone opens the door and drags him out and he screams.
► A man with a pitchfork stabs a man in the back, then strikes a woman hard in the face with a shovel (she falls to the ground), and raises the pitchfork over a teenage girl, but she kicks him causing him to fall into a pool of water where he is grabbed by blue-tinged arms and hands (we hear him screaming and loud screeching).
► A teenage girl goes into a basement, something seeps up through the floor boards, she begins to run, something grabs her from the ceiling, something grabs her around the ankle and pulls her onto the stairs, she struggles to get away, and she falls back and is grabbed by blue-tinged hands.
► A woman lifts a sheet while making a bed and we see gray tinged legs standing on the bed in a puddle of blood (a toddler boy sees the legs but the woman does not). A teenage girl hears soft crying, she approaches something crouched in the corner, she reaches out for it, it turns around and shows its blue-tinged face, and it then lunges at her, and she screams and the scene ends.
► A man is attacked by several large crows that peck and claw at him until another man fires a gun in the air and scares the birds away. Many large crows surround a farm, they circle in the air and attack a man on the ground, we hear pecking and yelling, and we see the man motionless with blood on his face and shirt.
► A woman sees a stain on a wall that appears to be growing (we hear noises of expansion) and we see a woman's gray-tinged, distorted features pushing through the wall. A teenage girl walks through a dark house carrying her toddler brother, they hear noises and try to follow them, the boy points to where he sees things, something moves up behind the girl and we see over her shoulder the gray-tinged, distorted face of a woman coming close to them; the boy reaches out to it, the girl turns around and it disappears and we hear loud screeching. A teenage girl searches for her toddler brother and when she approaches the basement door she is dragged by blue-tinged hands into the basement (she screams and struggles as the boy watches) and see the image of a woman's decayed and distorted face briefly.
► A teenage girl sees something moving in a sunflower patch, she follows it into a barn, the barn door closes behind her, and she is frightened. A teenage girl hears noises coming from upstairs, she goes to investigate, a loud crashing noise is followed by the stair railing being torn from its moorings, many objects and pieces of furniture are thrown through the air and we hear loud screeching; the teenage girl is terrified and a toddler boy is also afraid. A teenage girl and a teenage boy with an axe open a door, the door slams shut in their faces, they hear noises coming from behind the door, and a pitch fork pokes through the door and the walls along the hallway as they run away. A toddler boy sees a blue-tinged body creeping up a wall and along a ceiling, the boy follows to the basement door, and he hears noises and a scream coming from behind the door. A toddler boy plays and giggles with something that he sees but his parents do not; in one such scene we hear a noise on the ceiling and when the father leaves the room we see blue tinged feet near the ceiling.
► A man strikes a teenage boy, who falls to the ground unconscious. A man strikes a young boy and he lies on the floor unconscious. A man yells at a woman, he slaps her and throws her into a porch bench.
► A man has a large cut on his hand (we see blood on his hand and a bandage). We see blood on a man's shirt as he is put into an ambulance. We see bloody scratch marks on a teenage girl's neck and bruised finger marks on her ankle. A man sees blood on his hands and becomes angry.
► A crow flutters toward a window, startling a teenage girl. A teenage girl is startled when a toy pushes toward her from inside a dark cabinet. A teenage girl finds what looks like a dead bird in the basement but when she approaches it, it flutters and flies away, startling her. Large crows eat bags of sunflower seeds, a man tries to shoo them away, one bird pecks the man, he yells, we hear gunshots and another man has fired his gun into the air to scare the birds away.
► A husband and wife argue bitterly. A teenage girl confesses to having driven while drunk with her toodler brother in the car and that an accident landed the boy in the hospital for a long time.
► A family pulls up to a dark and eerie house, and the teenage girl walks through the house alone and hears noises.

SUBSTANCE USE - We hear that a teenage girl drank alcohol with her friends, drove a car and got into an accident.

MESSAGE - It pays to listen to your children. 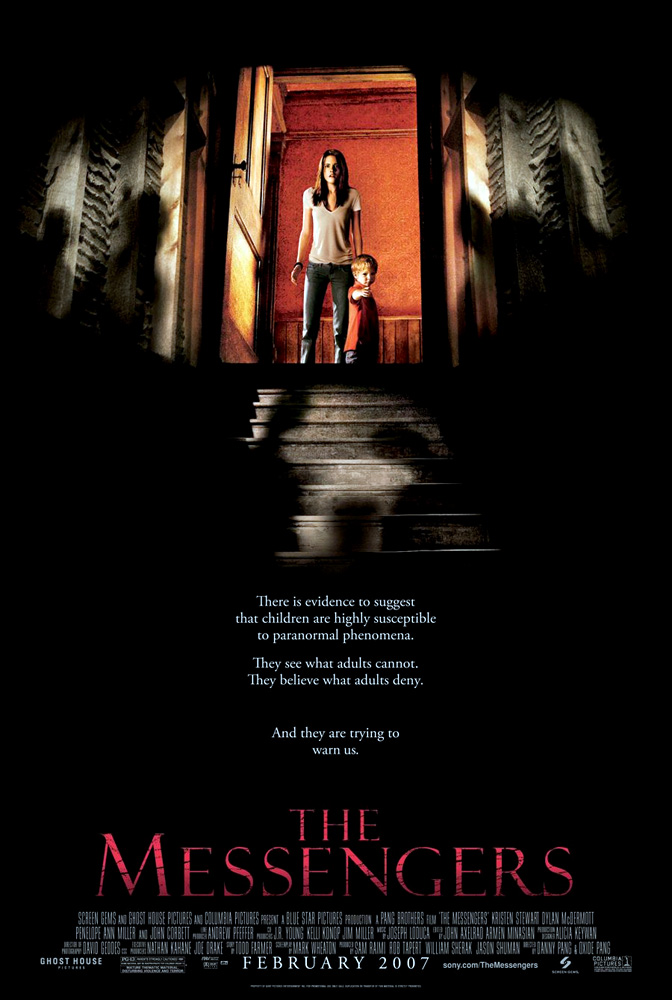