As a recently discovered planet threatens to collide with Earth and destroy all life, two sisters (Charlotte Gainsbourg and Kirsten Dunst) find their strained relationship even more difficult to deal with than coming to terms with the impending end of the world. Also with Kiefer Sutherland, Alexander Skarsgård and Brady Corbet. Directed by Lars von Trier. [2:16]

SEX/NUDITY 7 - A woman shoves a young man on the ground and straddles him and it is implied that they are having sex; we see the woman thrusting on top of the man (no nudity is visible and they both appear fully clothed) and he later tells the woman, "We've had good sex."
► We see a fully nude woman (her bare breasts are visible and her pubic region is obscured by her leg), lying on the ground; another woman sees her and watches as the nude woman rubs her own breast. A woman is completely nude and we see her bare buttocks as another woman attempts to help her into a bathtub; her bare breasts are seen as she sits. A woman unzips her dress; no nudity is visible. A man unzips and removes his pants and he is shown wearing boxer brief-style underwear. A woman pulls down the pants of her sleeping sister and we briefly see the woman's brief-style underwear. We see a woman in a bathtub (no nudity is visible). We see women at a wedding wearing low-cut dresses, including a bridal gown that exposes cleavage. We see a slideshow of advertisements where four women appear in bikinis and are lying on the floor.
► A man and a woman kiss passionately (the man is shown wearing boxer brief-style underwear), he tries to lift the woman's dress, and the woman pushes him away and asks him to zip her dress, which he does and she walks away.
► A fully clothed man and a woman kiss passionately, the woman guides the man's hand under her dress, the man suggestively kisses her cleavage as she straddles him and the woman pulls away moments later.
► A woman lovingly caresses a man's face, the man grabs the woman's face and they kiss passionately. A man and a woman kiss in several scenes throughout the movie. A man and woman kiss in front of a crowd of people. A woman holds a man's hands and kisses them. A man kisses a woman's forehead. A man holds a woman in his arms and kisses the back of her head. An older man kisses a woman's hands and places his hand on the lap of another woman.
► A man and a woman hold hands and we see the man's arms wrapped around the woman's shoulder. A man holds a woman's hand and rubs her arm. A woman playfully smacks a man on the behind when he gets out of a car. A man carries a woman in his arms. Men and women dance, we see a man dip a woman and hold onto her waist. We see men and women hugging and kissing one another on the cheek in greeting.
► A woman tells a man that she had not been present for her adult daughter's first time she had intercourse. A woman jokingly tells a man that she is a horse's "mistress" because no one else can ride him.

SUBSTANCE USE - A man dies after presumably taking prescription drugs. A woman drinks directly from a large bottle of liquor after a woman hands it to her, a man takes multiple long drinks from a bottle of liquor, men and women are seen drinking wine and toasting with champagne at a wedding celebration, two women and a man toast with wine and a woman asks another woman to have a glass of wine.

MESSAGE - Depression is a very serious medical condition. People react very differently when they believe the world is going to end. 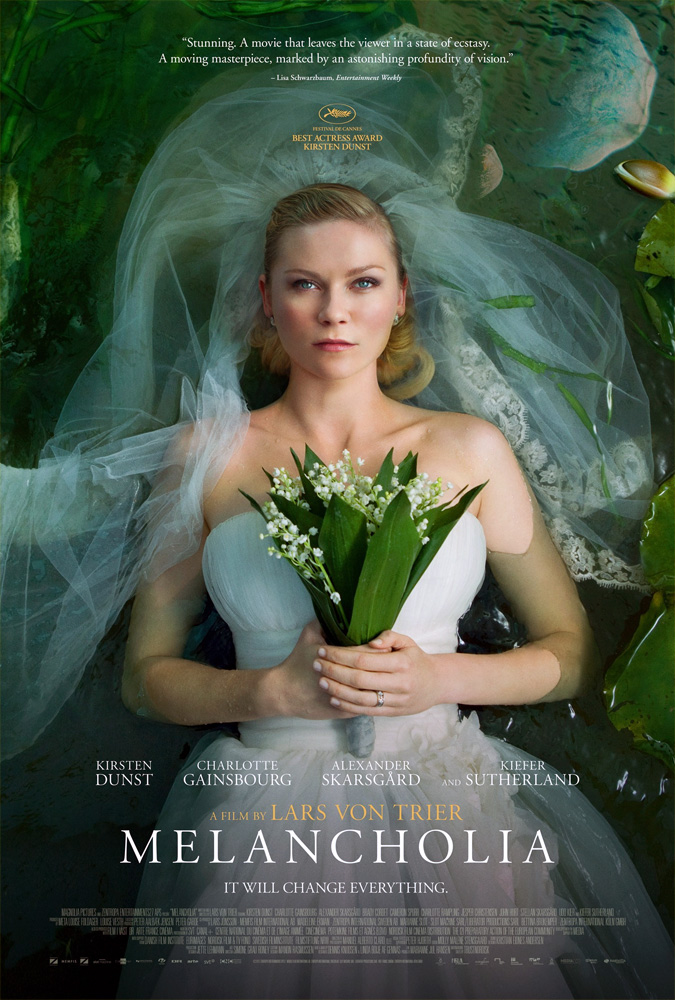