A young orphan is desperate to find someone to adopt him, when he meets a mysterious boy from the future named Wilbur Robinson. Wilbur takes him to meet a family and convinces him that he must not give up on his dreams. With the voices of Angela Bassett, Jordan Fry, Tom Kenny, Harland Williams and Adam West. Directed by Stephen J. Anderson. [1:32]

SEX/NUDITY 1 - We see a picture of two women in bikinis on a business card.
► A robot asks a boy to re-create him bulked-up, because the way it is doesn't make the "teapot whistle."

VIOLENCE/GORE 3 - A robot is shot through the back by a harpoon-like weapon, it shorts and sparks and falls to the ground motionless (we see it later and it's OK later).
► A boy disintegrates and is sucked into the sky.
► A hat with swirling blades at the ends of metal legs, approaches a boy, and it then disintegrates.
► Many people wearing hats that are controlling them, and therefore behaving like zombies, try to grab a boy; the boy gets into a flying vehicle, flies away and is chased by a really big hat, while many smaller hats swarm around, but he flies through a narrow passage which knocks them off.
► A Tyrannosaurus Rex charges toward a house, crashes through a glass wall, picks up a boy in its mouth, an octopus is flung at the dinosaur and it sticks to its head, and the dinosaur is also fired upon by a flying vehicle that shoots pizza dough; the dinosaur catches the vehicle in its mouth and chews on it, and it chases the boy and snaps at him.
► A boy throws another boy off a roof, who screams and lands on something hard in the air (it is a flying vehicle that has been cloaked).
► Two boys fight over the controls of a flying vehicle and crash it (no one is injured but the vehicle is badly damaged).
► A machine whirrs and jiggles and a fan spins and lifts off, causing a spark that ignites a nearby volcano demonstration; another project tips over spilling fire ants onto a man, who screams and runs. A hat strikes a man in the head and the man is then locked in the trunk of a car.
► A man wearing a helmet attached to a cord is dragged across a table. A boy is sucked through a tube. A woman slaps a man on the forehead. A boy kicks a man in the stomach. A hat is attacked and disabled when it begins to control the man who's wearing it.
► A man and a woman are sprayed with peanut butter and jelly, the man suffers an allergic reaction, and his face swells and he gasps for air; the woman injects him with a medication that relieves the symptoms.
► A brother and sister have a food fight: the brother fires meatballs at his sister using a small cannon, and then flings a sausage at her, but she deflects it, it strikes him, and he is knocked back out of his chair.
► A man tells a boy, "Please don't kill anyone" before he shows a science project to a judge. A boy says, "They'll bury me alive and dance on my grave." A boy watches an operation from the gallery and says "Ew," but nothing is visible to us. A coach yells at a boy and orders him to do 20 laps.
► A bowler hat that can fly also has metallic crab-like legs that can turn into whirring blades. A man has a sinister laugh and creepy disposition. A boy appears to be tired all the time because he doesn't get enough sleep.
► A boy blows an air horn in his ear. Several people are sprayed with peanut butter and jelly. An infant is left on the doorstep of an orphanage.

SUBSTANCE USE - People toast with wine, and then spill it on themselves instead of drinking it. A woman gives a man an injection to stop an allergic reaction. A boy drinks coffee to help him stay awake, and a woman uses many caffeine patches that make her jittery.

(Note: A Donald Duck short precedes the film and includes the following: A chipmunk stands under an elephant's raised foot and is pulled away just before it comes down. Chipmunks pull back a branch and strike an elephant on the backside, the elephant yelps and runs and we see a red mark on its back. An elephant shoots peanuts in the shell at two chipmunks, like a rapid-fire gun. A duck slams into a wall and is dazed until water is poured over its head.) 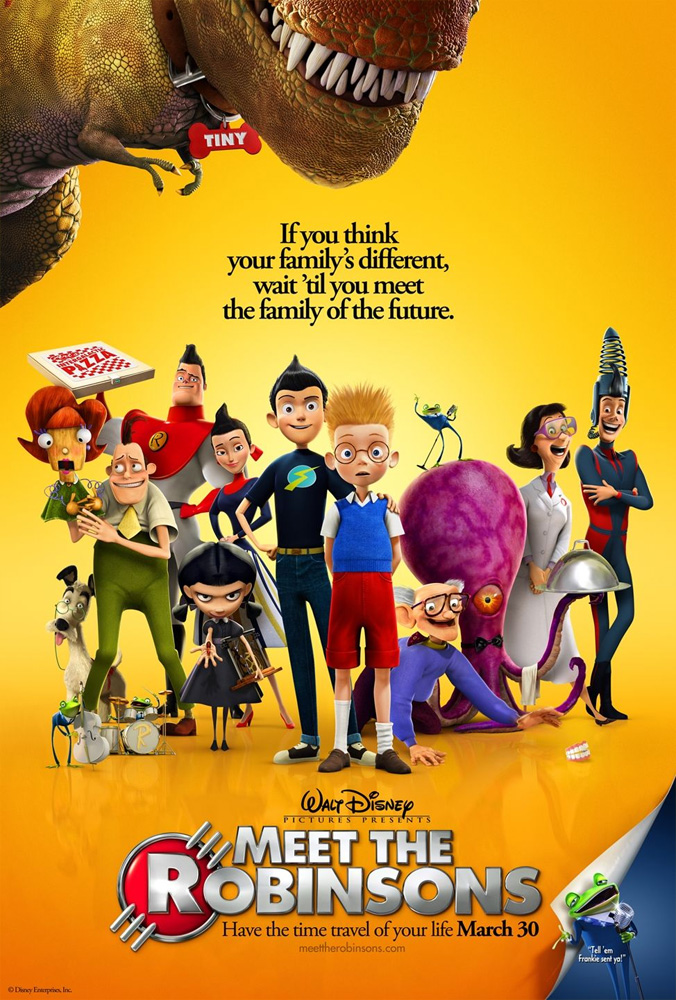