SEX/NUDITY 8 - A man thrusts while on top of a woman (she is lying on her stomach), who appears to either have been sleeping or under the influence of a drug; the woman moans and appears to be in pain as the man continues to thrust (this is shown as an initiation of sorts and although the woman tolerates it, it is clear that it is not consensual). Several men and women have sex in the same room: we hear moaning, we see thrusting and we see the men's bare chests and one woman's bare breasts. A husband and his wife have sex: we hear them moaning and hear rhythmic movement (we see his bare chest and back and the woman's bare shoulders) and they are interrupted when another woman comes into the room and lies on the bed. A bare-chested man thrusts into a woman lying on her stomach and we hear moaning; he stops when he climaxes.
► A woman removes her clothes to go swimming (we see her bare buttocks, back legs and the side of her bare breast). While a woman dresses we see the side of her bare breast and nipple and her back. Several men and woman are shown swimming in the nude (bare buttocks, backs, legs and the sides of breasts are visible under water).
► A woman climbs into bed with a man and they hold each other (it is not clear whether sex occurs). A woman kisses another woman on the lips while they lie close together in bed (it does not appear to be sexual). A young woman is given a drink spiked with a sedative and is taken into a room where she will presumably have sex with a man as an initiation (we do not see the act).
► A husband and his wife snuggle in bed (we see his bare chest and her bare shoulders) and talk. A husband and his wife kiss. A man kisses a woman on the forehead; she pulls away from him and appears frightened. A man and a woman hold hands. A man caresses a woman's arm while showing her how to shoot a gun.
► A woman is shown wearing a towel wrapped around her after getting out of the shower. A woman wears short, shorts. Women are shown sleeping and wearing T-shirts and panties. A woman wears a low-cut T-shirt that reveals cleavage. A woman is shown wearing a bikini. A woman wears a low-cut dress that reveals bare shoulders and back.
► It is implied that a man, who is the leader of a cult commune, has sex with all of the women who live there. We see an infant and it is implied that it was fathered by the leader of a cult commune. Two women talk about the first time they had sex with a man and describe some aspects of the encounter. Using crude terms, a woman asks a married couple if it is true that married people do not have sex. A woman says of another woman, "She had some boyfriend. They were living together in the Catskills." A man says that he and his wife are trying to have a baby. A woman talks about a man enjoying groping women. A man tells a woman, "You are so hot." A woman tells another woman, "You're gonna be a terrible mother."

VIOLENCE/GORE 6 - Several people break into a house, they walk through and take some things, they are confronted by the homeowner, he promises not to call the police and a woman stabs him in the back three times (we hear crunching, she is splattered in the face with blood and he groans in pain and slumps to the floor).
► A man tells a woman to shoot a man and she points the gun at him (she does not shoot). A man tells a woman to shoot a cat (we hear it meowing), the man tells the woman that the cat is sick and will die anyway, and another woman shoots the cat (we do not see the cat being shot); a man shoots another cat (he is told that that cat was not sick).
► A woman panics and runs away from a man thinking he is someone else, he chases her up a flight of stairs and she kicks him down the stairs (he is seen OK later). A woman smacks another woman on the ear for eating a piece of food (the other woman cowers and spits out the food). A man barges into a bathroom, shoves a woman in the room against the wall and threatens her. A woman confronts a bartender at a party and yells at him for serving alcohol; she storms into a house and yells and thrashes (she's having a panic attack) until she is given a sedative. A woman is startled and becomes frightened when she sees a man watching her swim (she swims to the dock and leaves). A man swerves while driving when a man apparently runs into the road (we do not see this).
► Three people throw things on the roof of a house, the owner of the house goes outside to investigate, the three people go inside the house and steal things, and then sneak out quietly and are not caught. A woman throws a stone at a car window and it shatters; she then scratches the side of the car using a rock.
► A man and a woman argue and yell at each other. A woman yells at another woman and the other woman asks if she is going to be sent away. A woman talks to another woman over the telephone and appears to be afraid of someone, telling the woman, "I have to go back. I can't stay gone." A woman reprimands another woman for taking off all of her clothes to go swimming. A woman tells another woman that she needs to "cleanse herself of the past and the toxins." A woman asks another woman if her boyfriend ever hit her.
► A woman runs from a house and into thick woods, she is followed by several other people and she hides in a ditch. Several people shoot bottles in the woods. A woman is shown smoking a cigarette until a man takes the cigarette away from her, throws it away and appears angry.
► A woman is shown sleeping on the floor and wets herself; we see urine seep through her dress, and she removes her dress and hides it. A man spits in a prepared salad while robbing a house.

MESSAGE - Be careful whom you trust. Cults are hard things to escape. 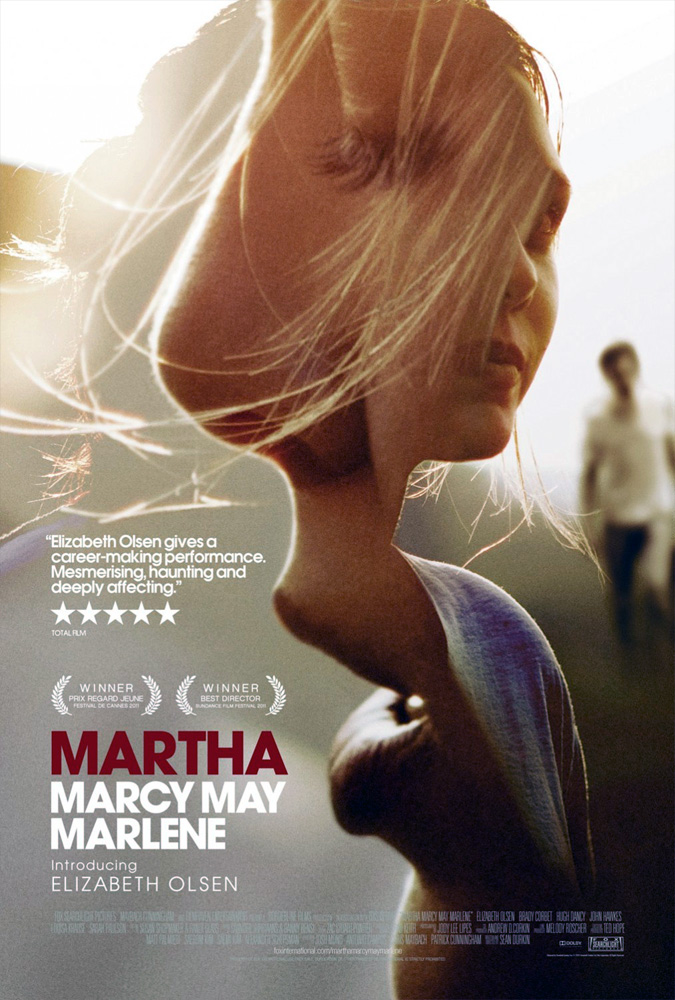