Samuel L. Jackson stars as Derrick Vann, a bitter ATF agent whose partner was murdered. Committed to finding the people who killed him, Vann arranges for a weapons deal with the man he suspects. Enter Eugene Levy as Andy Fidler, a mild mannered dental supply sales person whom the weapons dealers mistake for Vann. Also with Anthony Mackie, Luke Goss and Miguel Ferrer. Directed by Les Mayfield. [1:24]

SEX/NUDITY 3 - A woman grabs a man's buttocks and he jumps (they are in a jail cell). A man slaps a man on the buttock.
► A man makes a comment about another man being married by morning if he is left in a jail cell with other men. A man driving a car turns it quickly causing his male passenger to slip across the seat and their faces come very close together.
► A man is stopped by airport security and is told that he has to have a cavity search, and another man is chased down by airport security and told that he has to have a cavity search.
► A woman's robe hangs open in the front revealing cleavage, a woman wears very tight-fitting and low-cut top that reveals cleavage, and a woman wears a low-cut top that reveals cleavage and bare abdomen. A man is bare-chested in a swimming pool, a man's pants fall down around his ankles (we see him in his boxer shorts), and a man sits on a toilet and his pants are around his ankles (we see his bare legs).
► A woman kisses her husband.

VIOLENCE/GORE 5 - A man lies dead on a road with his arm and legs twisted slightly and his nose and head are bloody from a gunshot wound. We see photographs of three dead bodies, and one has blood on his face and nose.
► A man drives his car toward a man and presses him against a fence: the car is raised up and down and the man is slid up and down the fence, and then the man in the car hits the man pinned against the fence several times in the head with a telephone book (he eventually knocks one of his gold teeth out).
► A man drives his car behind a man who runs away, the car gets close enough to the man to bump him twice, the man in the car then grabs the man running and pulls him alongside while still driving; he then slams him into a telephone pole, stops the car and hits the man several times in the head with a garbage can lid. A man in a restaurant pulls a gun out of a bag (he did not know a gun was in the bag), other people in the restaurant panic and scream, the man accidentally shoots into the ceiling, and another man with a gun comes into the restaurant, takes the first man out and slams him into the wall. A man kicks a man in the buttocks and a man slaps a man in the face.
► A man shoots a man in the chest (we hear the body slump onto the floor and see it later, but with no visible blood). A man shoots a gun into the windshield of a car where two men sit (they are uninjured). Two men hold guns on each other, a man grabs another man to use him as a shield, but the man bites him on the arm, and one of the men shoots another man. Many people are shot when ATF agents come into a building shooting back and forth and setting off tear gas (one man is shot in the chest and another in the buttock). A man shoots a man running away from him in the buttock, with a "training bullet."
► Police officers, with weapons drawn, surround two men in a car. A man is grabbed off the street and pulled into a car, and he is later thrown out of the car onto a street and is nearly hit by an oncoming car. A man gets out of a car, runs along a street, is hit by an oncoming car and falls onto the hood of the car (he is uninjured). A man holds a gun on a man, pushes him into a car and hits his head on the car as he bends over.
► A man, handcuffed to a car door, drives a car with one hand through busy streets causing people to jump out of the way, he nearly hits several, he is chased by another man in a car, and one car spins around to a stop and nearly runs into the other car. A man driving a car turns it quickly causing his male passenger to slip across the seat and come very close to his face.
► We see images on a security camera of people stealing weapons from a police storage facility. A man sells guns out of the trunk of his car to people on the street.
► A man yells at a man in many scenes, and a woman yells at a man in many scenes.
► A man's stomach gurgles and groans and he flatulates loudly in a few scenes, causing people near him to react to the odor. Two men stand in a swimming pool and one asks the other if he urinated and he says yes.

MESSAGE - People can make friends in the strangest places and under strange circumstances. 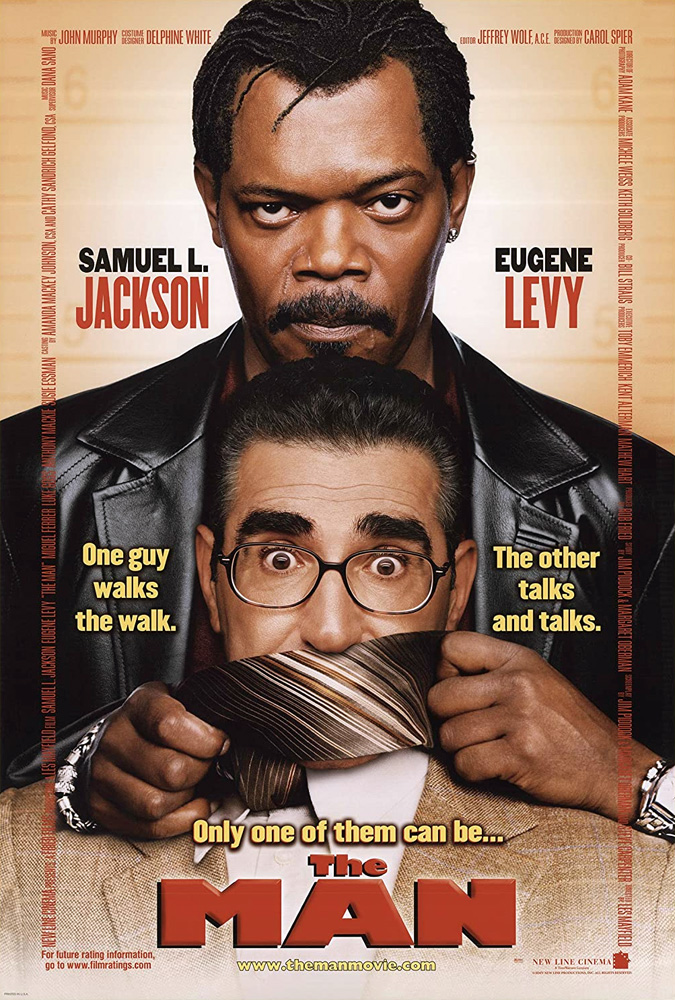