A stripper emeritus (Matthew McConaughey) operates his own club. His headlining stripper (Channing Tatum) brings in a new dancer (Alex Pettyfer) and teaches him the ropes of stripping and partying while trying to figure out a business life that will help him escape his current vocation. Along the way he falls for the new dancer's sister (Cody Horn). Also with Matt Bomer, Olivia Munn and Joe Manganiello. Directed by Steven Soderbergh. [1:50]


VIOLENCE/GORE 4 - At a sorority house party, a fraternity student punches a male dancer after accusing him of giving a woman the drug Ecstasy (please see the Substance Use category for more details); the dancer and another dancer punch eight fraternity students, push them down, swing fake police batons at them, and run out of the house (no one is injured and no blood appears).
► A drug dealer and two thugs trash a house, looking for illegal drugs as the owner enters; a fistfight ensues between the owner and the two thugs, but no one is injured and after an argument is settled, the dealer and the thugs leave.
► A construction foreman curses several times, shouts at a new worker for taking an extra soda from a cooler, and then fires him. A manager shouts and curses at a foreman for hiring untrained workmen from Craigslist. A club owner argues briefly with his dancers about his opinion that they need to invent new dances; in response, one man twirls dangerously from a block and tackle hanging from the stage rafters before he dances. A twenty-something woman and her younger brother argue often about his lack of career. A woman argues with two men several times about them both working late nights, riding around with different women until dawn and drinking too much. A man argues briefly about his creditworthiness with a bank officer and says he will go to another bank. An exotic dance club owner and his headline dancer argue several times about business and their partnership; the club owner shouts and curses the other man, belittling him and one argument is particularly loud after the dancer learns that the club owner gave a new dancer a percentage of the business. We hear that a man had a football scholarship, but lost it when he instigated a fistfight with his coach his first day at college.
► A male dancer strains his back when he lifts a heavy woman during a dance, but seems fine as he comes back in the show later for another dance.
► A man sees a woman in a restaurant with another man that she introduces as her fiancée and the first man becomes very upset and leaves.
► Several men and women drink whiskey and beer at night, we hear vomiting and see a man wretch, followed by a little vomit on the rug; the next morning we see a miniature pig as it walks up to a small area of drying vomit and begins to nibble at it.

SUBSTANCE USE - A husband and his wife swallow illegal drug capsules and say they will have sex and the scene ends, a man offers a 19-year-old male dancer a chance to sell drugs and the younger man accepts, a fraternity member accuses a male dancer of giving a sorority woman the drug Ecstasy and a fight ensues (please see the Violence/Gore category for more details), and a woman finds her brother passed out on the bedroom floor of a mutual male friend and we understand that the he had taken drugs and is unconscious and we then see him as he wakes up groggily in the backseat of her car while she tells him he must stop the late nights and drugs. Several bar scenes feature a large bar in an exotic dance club where men and women drink mixed cocktails and beer from glasses and shots from shot glasses as male dancers perform, dancers drink whiskey in the back room between acts and share marijuana cigarettes, a dancer passes out on the floor in the back room and the other men leave him to sleep off the alcohol and marijuana, women sit at tables in many exotic dance club scenes with multiple alcoholic drinks in front of them and we see them drink continually while some women appear drunk, a man is shown drinking wine during the day, a man passes around bootleg liquor to dancers and we hear that it is very strong, a house party features open bottles of liquor while men and women drink alcohol, a beach party features men and women drinking beer dispensed form a keg and whiskey and beer from a cooler, and a man sits in his apartment at night, drinking whiskey. A man smokes cigarettes in several scenes.

MESSAGE - Combining stripping, drug taking and dealing and drinking can be disastrous. 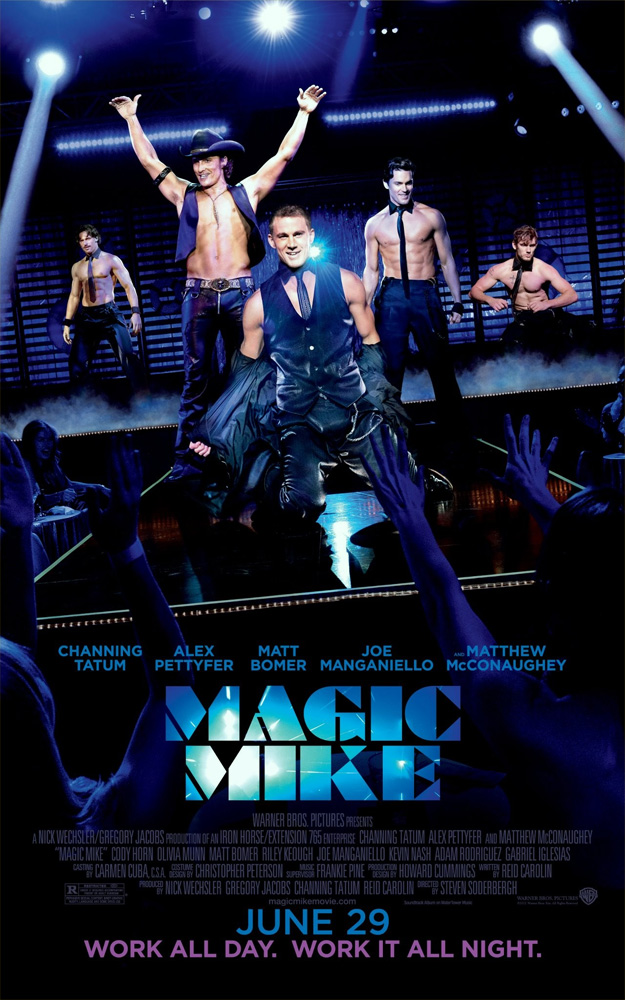