A woman recovering from breast cancer finds out that her husband is having an affair. She then travels to Italy for her daughter's wedding, where she meets a widower who still blames the world for the loss of his wife. With Pierce Brosnan, Trine Dyrholm, Molly Blixt Egelind and Sebastian Jessen. In Dutch with English subtitles. Directed by Susanne Bier. [1:56]

SEX/NUDITY 6 - A wife interrupts her husband having sex with another woman: he is thrusting above her and she is facing down on a sofa, the woman stands up (her bare buttocks are visible), the man buttons his pants and we then see the woman fully dressed; the wife confronts her husband about having an affair.
► Two young men kiss passionately. We see different young couples of men and women kissing passionately, after a wedding. A young man and a young woman kiss after they laugh and hold one another. A young man and a young woman kiss and hold one another's heads in their hands as they kiss. A man asks a woman if he can kiss her and they kiss passionately; the woman lays her head on the man's shoulder. A young woman holds a young man's arms and kisses him as they walk down the street. A woman interrupts a man, as he is about to kiss another woman; he was holding the woman's hand and kissing it. A young woman curls up next to a shirtless, sleeping young man and kisses him on the cheek and neck with her hand resting on the young man's stomach. A man and woman dance, arms wrapped around one another. Two shirtless men, bare chest and backs visible, hold one another. Men and women kiss on the cheek in greeting.
► A young man dances intimately with a young (married) woman; we see the young man rubbing his face against the young woman's torso and then grinding with her as her husband watches, until he interrupts them and pushes them apart; the young woman tells her husband that the young man she was dancing with is gay and to not be upset by their intimate dance.
► A young man is shirtless, and his bare chest and back are visible as a young woman approaches him; the young woman runs her hand down the young man's bare chest and the young man rebukes her. A man tries to dance with his estranged wife, the woman shouts at the man and tries to push him away, and the man tries to grab the woman's backside, but is interrupted by their adult son (please see the Violence/Gore category for more details). A man rebuffs a woman's advances, saying that she is an awful person.
► A man watches a woman swimming from a distance and she appears to be nude (we see her bare buttocks); the woman stands up and we see her bare buttocks and her breasts, which are changed from breast cancer surgery (she has no areola), she covers her groin area and then turns, and we see her bare buttocks again as she dresses at a man's request. We see a man wearing boxer-brief style underwear standing in a window and his bare chest is visible. We see a group of shirtless young men wearing Speedo-style swimsuits. We see two shirtless young men sunbathing. A man gets out of bed, we hear him pulling on his pants and we see his bare chest and back as he answers the door.
► A young woman tells her husband-to-be that they "must" have sex before they get married and the young man dismisses her. A young woman tells her mother that her new husband is unable to perform sexually; the woman tries to make a joke about the young man, but the young woman dismisses it, saying that the young man refuses to have sex with her.

VIOLENCE/GORE 4 - A young man attacks his father as he sees his father refuse to leave his mother alone; the young man punches the man, the man falls to the ground and the young man straddles him, punching him again before jumping up and running off.
► A man shouts at a woman after she crashes her car into his, he screams at her, beating on her window, and the woman is visibly shaken and puts her car into drive, hitting the wall in front of her; her air bags go off as the man continues to shout at her, he tries to calm her, but she begins to cry.
► A teen girl tosses her shoes angrily at a woman (her mother). A woman whisper-shouts at her estranged husband and throws a cocktail in his face.
► A young woman drops a small footstool on her foot and yelps. Two young men stumble up the stairs as they walk up holding a stack of mattresses. A young man accidentally spills wine on a young woman's lap.
► A young woman shouts at her father. A woman shouts at her husband after she discovers he is having an affair with another woman. A young man shouts at his father. A man shouts a vague threat at a door, saying that if it is a woman (his sister-in-law) he would "kill her." A woman becomes upset when a man asks her to come visit him and the woman asks the man to leave. A woman asks a man how his former wife had died and the man remarks that she was "unfortunate" and died in a "stupid accident" when a woman with three children in her car wrecked into his wife's car; the man then tells the woman that the woman who had caused the accident "never got over it." A man warns a woman that there is a strong rip current in the ocean and that she could have drown as she swam. We hear a doctor advising a woman about her recovery from cancer and it is implied that she had overcome breast cancer; the doctor advises the woman to think about having reconstructive breast surgery. A woman tells a group of people at a party that her young adult daughter had an obesity issue and used to "cut" herself. A woman tells a man that her future son-in-law (the man's son) had a wife that had died and she forgot. A man tells a young woman (his daughter) that someone had spat on him as a result of him breaking up with his wife. A man tells a woman about an insect that has no mouth and cannot eat and dies rapidly.
► We see a young man wearing his arm in a sling and it is implied the he had been injured while serving in the army; a young woman asks a young man about his arm injury, the young man remarks that he is "lucky" that his arm being broken was his most serious injury.
► A teen girl is instructed by her mother to learn how to vomit and encourages her to vomit as part of an eating disorder; the girl is intoxicated (please see the Substance Use category for more details) and vomits on the woman's shoes (we see a pile of vomit on the ground).


LANGUAGE 6 - About 11 F-words and its derivatives, 3 sexual references, 4 scatological terms, 6 anatomical terms (1 mild), 20 mild obscenities, 1 derogatory racial reference, exclamations (shut up), name-calling (fat and old and unhappy, psychopaths, the most awful person I have ever known, ex-idiot, crazy, ugly, worthless and unambitious, awful and stupid and not nice, not old and out, pig, fool, big idiot), 8 religious exclamations.

SUBSTANCE USE - We see adults and young adults drinking cocktails at a party, men and women drink wine at dinner, a woman dances drunkenly on a sofa, a teen girl drinks rapidly from glasses of leftover wine on tables and she is later seen extremely intoxicated with her head on a bathtub as her mother instructs her to force herself to vomit, and a woman asks a man if he wants to share a glass of wine and the man declines.

DISCUSSION TOPICS - Cancer, depression, being hard on yourself, standing up for yourself, divorce, marriage, grief, overcoming loss, death of a loved one, infidelity, eating disorders.

MESSAGE - Moving on with life can be difficult, but rewarding. 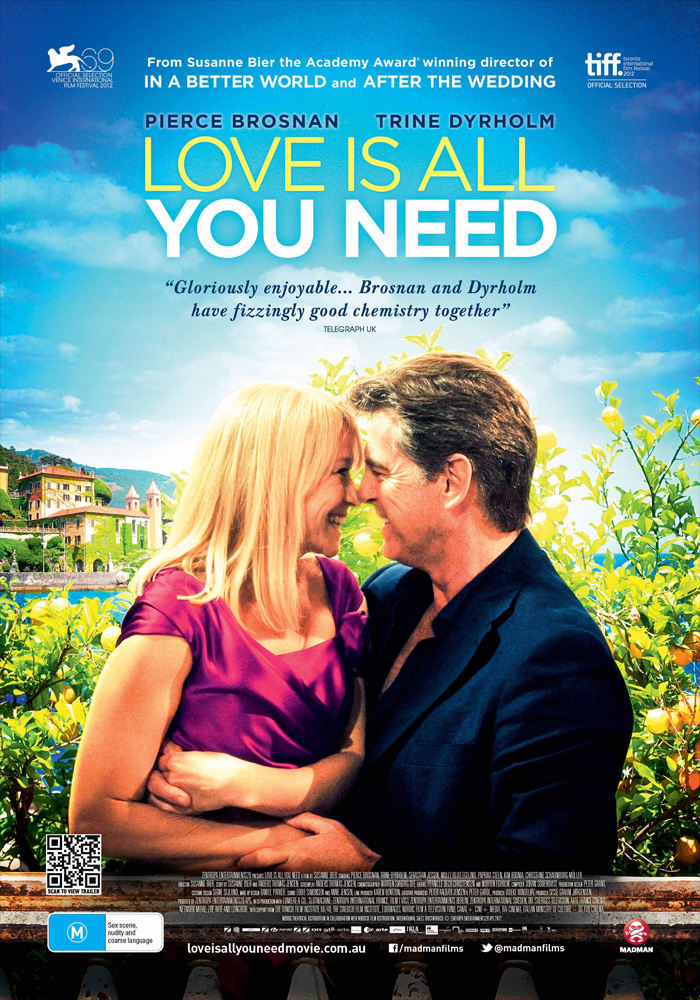