Ashton Kutcher and Amanda Peet star as two young people who meet on a plane, are instantly attracted to each other, but decide they're wrong for each other. The film traces their relationship over a seven-year period, when they keep running into each other while leading totally separate lives, dating other people, and changing jobs, until they finally come together. Also with Herschel Bleefeld, Kathryn Hahn and Moon Bloodgood. Directed by Nigel Cole. [1:47]

SEX/NUDITY 6 - A fully nude man stands on a rock in a desert (he holds his hands over his crotch, but his bare buttocks, chest, back and legs are evident); a fully nude woman (we see the side of her bare breast and her bare buttocks and legs) stands with him, they hold each other, they kiss, they move to the back of a station wagon, and we see him lying on top of her and see rhythmic thrusting.
► We hear moaning and then see a man and a woman lying in bed: he is bare-chested and we see her bare shoulders (it is implied that they have had sex).
► A man goes into an airplane lavatory, a woman knocks on the door, he opens the door, she pushes her way into the bathroom, wraps her arms around him, they kiss, and close the door; she comes out adjusting her clothing and he comes out smiling (it is implied that they have had sex). A woman points a camera under her skirt and snaps a photo, a man hugs a tree and thrusts briefly as a woman says, "make love to the tree."
► A man and a woman kiss passionately, and he starts to pull up her top (we see her bare back). A man and a woman kiss passionately, he begins to untie the back of her dress, and she excuses herself. A man and a woman kiss, she wraps her legs around his waist, he picks her up and sits her on the hood of a car, and they continue to kiss.
► We see a photograph of a nude man and a nude woman (we see their bare buttocks, legs and backs from the side) and they are kissing. A woman wears a low-cut, short dress that reveals cleavage, bare shoulders and bare legs, another woman wears a low-cut dress that reveals cleavage, bare shoulders and back, and other women are shown in low-cut dresses. A man is bare-chested while changing his shirt.
► A man and a woman come out of a bathroom stall together (it is not clear what happened). A man sleeps in bed (he is bare-chested) and a woman sits on the side of the bed (we see her bare back to the hips). A man carries a sleeping woman to bed.
► Many people kiss to ring in the New Year, a man and a woman kiss in several scenes, and men and women slow dance together. A man and a woman touch noses.
► A woman says to a man, "You may be gay."

VIOLENCE/GORE 3 - A woman walks into a glass door, she falls back onto the floor and we see her with a large bruise and bump on her forehead. A man and a woman argue, yell at each other, and she throws cups containing liquid at him and his car, as he drives away.
► A man finds a woman passed out on a bathroom floor with her head resting on the toilet and she is drooling (she drank too much at a party). A woman pretends to choke in a restaurant, she knocks dishes and glasses over, she grabs at her throat and then flops her head onto the table. A man and a woman show each other the partially chewed up food in their mouths. A woman sticks straws up her nostrils, and a man sticks sunglass arms up his nostrils. A man and a woman spit water at each other across a table in a restaurant.

MESSAGE - Sometimes love can be found in the most unusual places. Waiting for love until just the right moment may make you miss it. 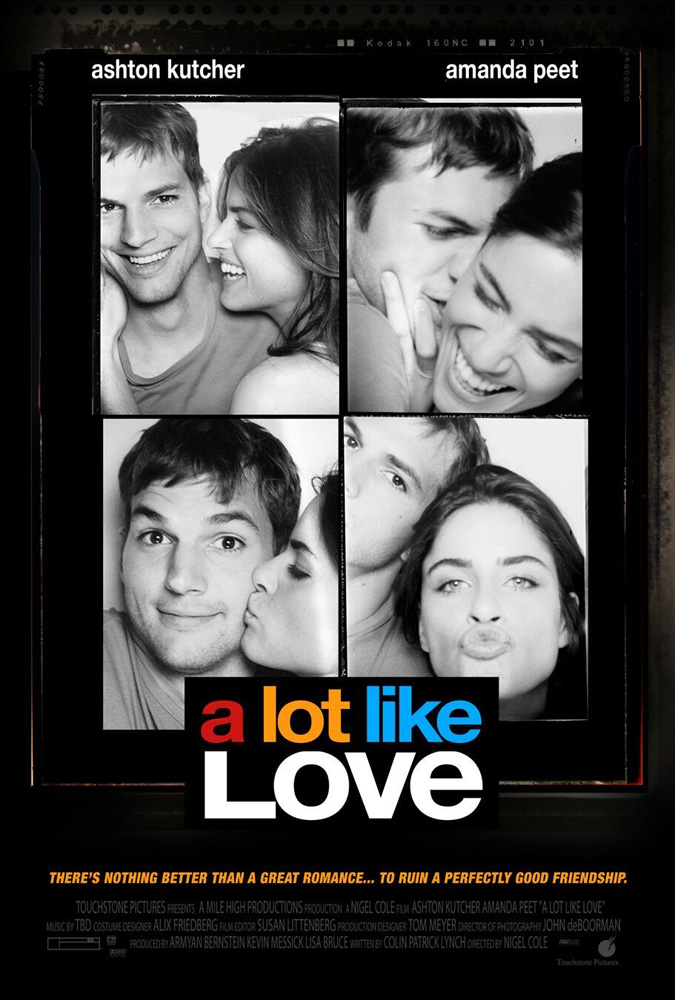