A man (Tom Hardy) has dedicated himself to his job in the concrete trade and to his family for years. The night before the biggest assignment of his career he takes a phone call, which ignites a series of events that might unravel his life; everything unfolds during phone calls over a single car ride. Also with the voices of Ben Daniels, Andrew Scott, Olivia Colman, Ruth Wilson, Tom Holland and Bill Milner. Directed by Steven Knight. [1:28]

SEX/NUDITY 3 - A man tells his wife by phone that months ago on an out-of-town job he was assigned a female assistant who was lonely and he had sex with her, but that this is his only act of infidelity during their marriage; his wife says twice that the difference between never being unfaithful and being unfaithful once is the difference between good and bad and slams down the phone. A wife shouts at her husband over a phone that he had sex with another woman and then her on the same day and that "You came home with a big grin on your face, like you'd won a prize."
► A man drives to a hospital at night because a woman with whom he had a one-night stand is giving birth to his baby and in a phone conversation she repeatedly says, "I love you"; he replies each time that he does not know her, and she asks if he has even told his wife yet and he says that he will do so tonight. A staff person at a hospital calls a man in his car and asks several times if he is the partner of a woman having a baby and he repeatedly states that he is the father of the baby, nothing more, but will come to the hospital. A man says that he caused a baby, but will fix the problem by giving it his name. A man tells his boss about a baby that he fathered and the boss curses and shouts when he finds out the mother is not the man's wife. A woman calls a man from a hospital to tell him she delivered his baby and we hear a crying baby on the line.

VIOLENCE/GORE 3 - The film is entirely one man driving a car and talking to people over a cell phone embedded in his dashboard.
► A male concrete foreman and control freak begins to lose control as he drives quickly in traffic on a highway at night; deciding not to go home, he speaks for an hour and a half on his phone to his boss, colleagues, and family, often arguing loudly and each call is a crisis demanding attention causing him to become increasingly frustrated and angry; the more he argues, the more nervous he is, until his face begins twitching, his body shudders, he winces several times and he begins itching (he repeatedly scratches his head and left arm and rubs his eyes and forehead); he begins talking angrily to an imaginary passenger and cursing frequently and he shouts loudly and pounds the steering wheel twice. A large truck pulls up close behind a car at night in traffic, with blazing headlights and honks several times very loudly.
► A foreman tells his work assistant via phone that if the assistant is drinking, he'll cut his legs off tomorrow with one of the work saws (please see the Substance Use category for more details); the first man finds that he has the work manual with him, instead of leaving it at work, shouts obscenities, and then begins to read parts of the manual to his assistant while driving fast on a highway.
► A man argues with his two sons over the phone, while loud soccer match cheering interrupts the call. A man's wife slams a landline receiver down when the man says that he needs her to look up a phone number. A wife tells her husband never to come home again, because of his infidelity (please see the Sex/Nudity category for more details). A wife tells her husband that she will wash everything in the house 10 times to get rid of all the concrete he has tracked in from work and to start life fresh; she says that he always loved his buildings and concrete more than he loved her, anyway. A man argues with his boss (labeled "Bastard" in his phone directory) over the phone and the boss fires him and hangs up loudly; a man tells his subordinate over the phone that he threw up because the man will not be at work to handle a big job and asks the fired man to admit that he is sick; the fired man says, "I'm not sick." A man tells his wife over the phone that his one-night-stand woman's water broke two months early and the wife slams her receiver down. A man and his assistant argue over the phone about the assistant‘s drinking; the assistant becomes very loud, shouting obscenities at his boss and hangs up. A man argues over the phone with city councilmen and transportation officials about closing off specific roads for concrete hauling priority. A man cries while arguing with his sons over the phone about a soccer match on TV and when his assistant at works calls.
► A woman tells a man over the phone that she is in labor and dilated 5cm and he asks what that means (she says that she does not know); later, we hear that the umbilical cord is strangling the baby "like a noose" and the woman is afraid to have a C-section, stating, "They're going to cut me open!"; the man she speaks with says to do it as she groans loudly, almost shouting in pain three times and she slams the receiver down when he refuses to say, "I love you."
► In several conversations, a man addresses his dead father as if he were in the back seat of the car and he says that his father's "dirty (F-word deleted) fingerprints are all over him," because his father left the family when the man was a young child. A man loudly demands, cursing, to know if his father is laughing at him and thinks him a joke; later, the man shouts to the invisible father that coming creeping back to say sorry was worse than never coming back at all. A man says that he does what needs to be done, but that his father did not. We hear that the wrong concrete will be delivered on one of the many arriving trucks and the wrong concrete will cause the largest new building in Europe to fall when the foundation fails.
► A man's assistant says that he cannot drive (please see the Substance Use category for more details) and the foreman tells him to run a distance to a worksite and get three men to help him fix damaged rebar; the two men on the phone argue, but the assistant agrees to run and mumbling wildly, out of breath and wheezing badly, later to report his progress.
► A woman groans in a phone conversation, says that she has to throw up again, and hangs up; in three subsequent calls, a teenage boy tells a man that his mother is in the toilet, unable to talk on the phone. A man in a car blows his nose six times with tissues, coughs and wipes his nose (we do not see any mucous).

SUBSTANCE USE - A man driving a car on the highway drinks from a bottle of cough syrup, a man tells a woman repeatedly to ask nurses in a hospital to give her something for pain relief, and a woman giggles during a phone conversation and a man asks her if the hospital gave her gas (laughing gas) and she says that they did because she is "too old to push." A man tells a subordinate not to trust another colleague because that colleague drinks, a man tells a subordinate not to begin drinking just because he has additional responsibility, a man on a phone call sounds a bit giggly and the first man asks if he has been drinking hard cider (the man denies it but later admits to having had too much to get behind the wheel of a car, a husband tells his wife that they can go out tomorrow and have a drink to talk over their relationship, and a teen boy tells his father that the boy's mother bought him beer to drink while watching a soccer match.

MESSAGE - A single decision can ruin your life or allow you to choose a new one. 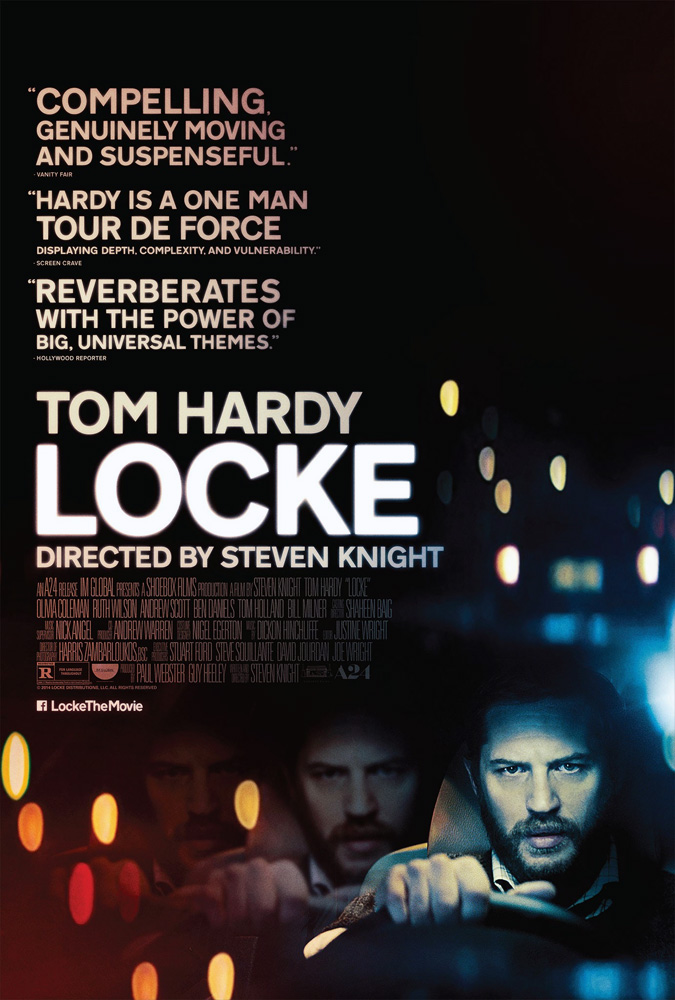