A behind-the-scenes explanation of how Timon and Pumbaa (voiced by Nathan Lane and Ernie Sabella, respectively) met each other and the young lion cub that grew up to be Simba (voiced by Matthew Broderick), fought the hyenas and Scar, and, in short, saved the late King Mufasa's kingdom. Also with the voices of Julie Kavner, Whoopi Goldberg and Cheech Marin. Directed by Bradley Raymond. [1:17]

VIOLENCE/GORE 2 - Three hyenas approach a meerkat colony, the meerkats scatter in fear, many shoot down tunnels, and hyenas grab and snap at several. One meerkat is chased by three hyenas, they snap, we hear a crunch and then see the meerkat missing his tail fur. Two lions fight bitterly with snarling and slashing and growling. We see hyenas drooling, snarling and baring their teeth. Hyenas approach and encircle a lion, hyenas approach meerkats threateningly, the ground begins to crack underneath their feet, and the hyenas fall through and into tunnels below. A lion jumps over a meerkat and wild boar to attack hyenas; we see the shadow of a lion pouncing and attacking something and hear it roar and snarl. A lion cub lies motionless in a desert and vultures circle him. We see an elephant graveyard with many skulls and bones of elephants. A lion attacks another lion forcing him to the ground on his back. A meerkat and a wild boar are nearly trampled by a stampede of wildebeests, they run screaming, they bounce on the head of one, they are tossed off and into water, and they float until they reach a large waterfall -- they fall over the waterfall screaming all the way down. A meerkat and a wild boar are nearly run over by many animals running past them. A baboon hits a meerkat on the head with a stick in a couple of scenes, a meerkat hits an elephant with a stick, a meerkat hits a baboon with a stick, and a meerkat steps on a baboon's foot. A meerkat is chased by bees (we see him later with welts on his face and eyes). A meerkat shoots a lion with a thorn but misses. A meerkat has porcupine tines in his bottom and yelps as they are pulled out. Two lions trip over a vine and tumble down a hill. A meerkat is frightened when he hears something charging toward him. A meerkat is sprayed on the bottom by steam escaping from a fissure. A meerkat squishes a bug and wipes the goo on another meerkat's fur. A tunnel collapses on many meerkats who are digging (no one appears injured, just annoyed). A meerkat is in a panic (yelling and flinching), terrified after having been on duty watching for hyenas. A character says "the hyenas are attacking the children." A character talks about "tearing them limb from limb." A song that a meerkat sings contains lyrics like, "what's on the menu..." Characters talk about being on the food chain for hyenas. A mother meerkat hugs her son and we hear crunching as she squeezes him. A wild boar prepares writhing, wriggling bugs in different ways before eating them: some are put on skewers, and one bug walks out of the boar's mouth. Also a meerkat and a wild boar eat a large bucket of writhing, squirming bugs. A wild boar's stomach rumbles loudly, he flatulates causing a large group of animals to faint from the odor and a meerkat's hair to sizzle. A wild boar flatulates in many scenes and he talks about others avoiding him because of his odor. Three characters rest in a bubbling pond; when one gets out and the bubbles stop the other two panic realizing that the first had been flatulating to make the bubbles. A meerkat picks his nose and we see slime dangle from his finger. Characters talk about dung beetles. A lion cub says he "has to go" (meaning to urinate). A lion cub and a meerkat have a snail slurping contest and they both slurp many, many snails and we see slimy goo.

MESSAGE - Look beyond what you see to find what will make you happy. Friends stick together to the end. 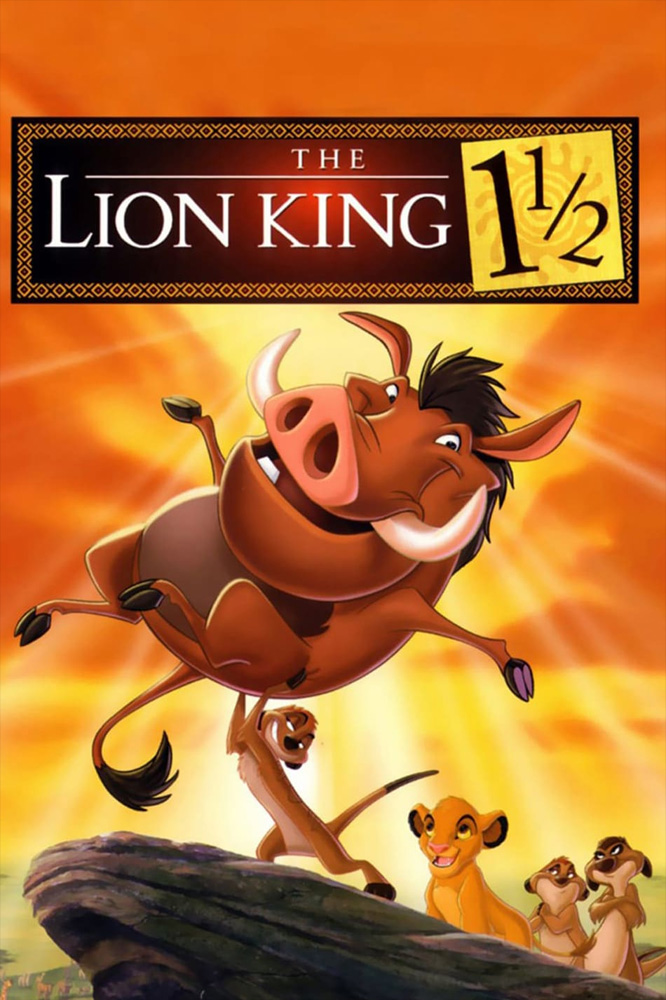