A man (Gerard Butler) watches his wife and young daughter murdered by intruders, and then watches as the justice system frees the culprit. Unable to handle the injustice, he decides to take matters into his own hands and help the DA (Jamie Foxx) appreciate how political ambition can be contrary to delivering retribution. Also with Colm Meaney, Bruce McGill, Leslie Bibb, Michael Irby, Gregory Itzin, Regina Hall, Christian Stolte, Annie Corely, Richard Portnow and Viola Davis. Directed by F. Gary Gray. [2:02]

SEX/NUDITY 6 - A man lifts an incapacitated woman's skirt (she is lying on the floor with an abdominal stab wound) and rapes her: we see the skirt lift, he moves as though he is lowering his pants and we see him later out of breath and sweaty; her young daughter watches.
► A man removes his clothing, we see his bare back and buttocks and then his bare chest. A woman wearing a bra and thong panties sleeps on her stomach (her bare back and buttocks are visible). A woman wears a low-cut jacket that reveals cleavage.
► A husband and his wife kiss in several scenes.
► A man makes unwelcome remarks about a young woman's legs. A man tells his jail cellmate that his bed "is a single."

VIOLENCE/GORE 9 - A woman answers her cell phone, it explodes and blows a hole in her head (blood sprays and pools under her head on the floor where she falls).
► We see a bucket filled with blood, and more blood dripping into it, then we see the torso of a man with jagged cuts at the waist and bloody wounds where the arms had been, as well as a lot of blood on the floor and table around the remains.
► A man stabs another man in the neck repeatedly using a T-bone from a steak; blood spurts and sprays and both men and the room are covered in blood.
► A man lifts an incapacitated woman's skirt (she is lying on the floor with an abdominal stab wound) and rapes her: we see the skirt lift, he moves as though he is lowering his pants and we see him later out of breath and sweaty; her young daughter watches. A man strikes a woman, she falls to the floor, he stabs her slowly in the abdomen, she screams, and he wipes blood off the blade onto her sweater.
► A saw whirs and is held to a man's leg: we see the blade begin cutting into the leg with no visible blood and we hear the saw motor drag a bit. A man is struck in the head with a baseball bat, then twice more when he falls to the floor and then he is stabbed in the abdomen.
► A man, strapped to a table, is threatened by another man who says he will cut off his eyelids, his genitals and his limbs while he watches in an overhead mirror.
► Several cars in a parking lot explode and we see flames and the cars are thrown into the air: a woman struggles to get out of her car as cars around her explode, and then her car explodes (we see it engulfed inflames but we do not see her in flames). A bomb explodes and a man is slowly engulfed in flames. Four cars stall on a road, a large gun fries many rounds into the cars (we see the occupants rendered bullet riddled and bloody, and one car is shot with a grenade that explodes and is thrown into the air).
► A man is strapped onto a table and prepared for lethal injection, the IV fluids begin to enter his body, the man thrashes and screams, his veins push against his flesh, blood seeps into his shirt and he falls motionless. A man is injected with adrenaline, and he twitches and struggles against restraints that hold him to a table.
► A man punches another man in the face repeatedly (we see his bloody mouth and face). A man takes a police officer's gun, forces him to drive in his car, and then strikes him on the head knocking him unconscious. A man holds a gun at a man and threatens to shoot him; he pulls the trigger, we hear a crunch and the man stands motionless (a poison has been injected into his hand from the handle of the gun paralyzing him).
► A hole is opens in the ground and we see a man sitting inside a box, handcuffed and with an oxygen mask on his face (he is dead). We see crime scene photos of the bodies of a woman and a child (blood is evident). A man takes a gun from under a sofa cushion, runs out of his apartment and onto the roof, fires at police cars and officers in the street and runs along rooftops to escape.
► An intruder picks up a young girl who has watched him rape and kill her mother and wound her father and we understand that he kills her (we do not see any violence toward the girl). A young girl watches a video of a man using a power saw to cut another man's leg off (we see the girl's terror stricken face and hear the saw whirring). A nude man stands in a room and armed police force their way in to arrest him.
► A man says, "I kill everyone." One man tells another man, "I'm gonna split your skull in two." A man says of another man, "If he wants you dead, you are dead." A man describes in detail how he cut pieces off a man's body. Two men argue bitterly. A man tells another man that the prosecution "Will tear you apart." We hear a discussion about a 15-year-old committing murder. People talk about spies killing people.
► Two men eat food using their fingers.

MESSAGE - Everyone must be held accountable for his or her actions. 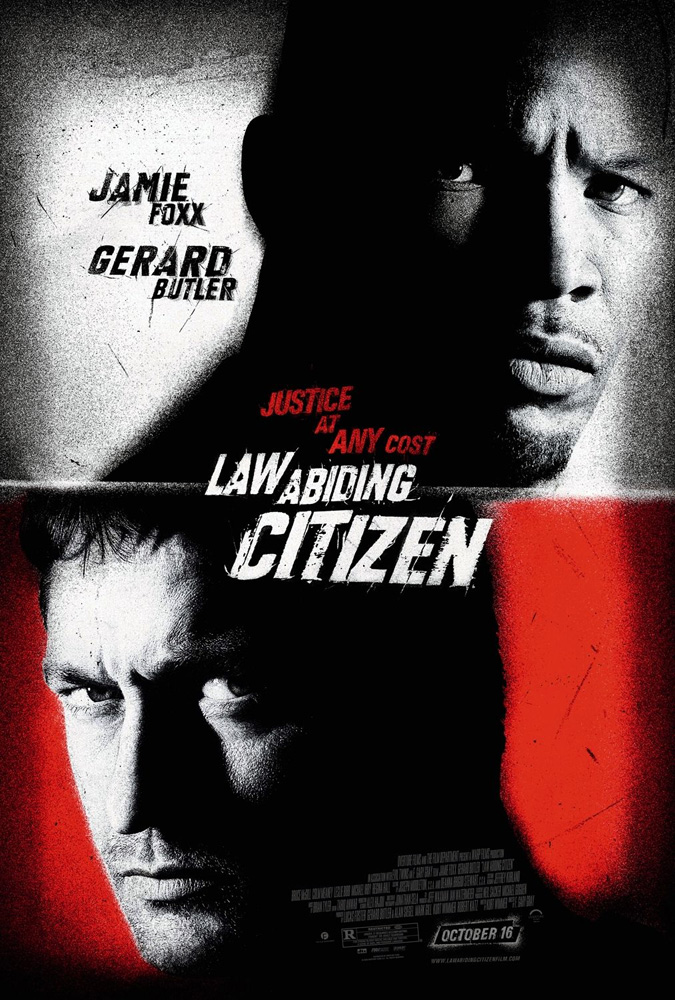