A French college student decides he needs a change of scenery and embarks on a student exchange program to Barcelona, Spain, where he moves into an apartment with students from England, Italy, Germany, Spain, Denmark, and Belgium. Although they all speak different languages, they manage to communicate, cooperate, flirt and become friends. In English, Italian, German, Spanish, French, and subtitled in English. With Romain Duris, Audrey Tautou, Cecile De France, Judith Godreche and Kelly Reilly. Directed by Cedric Klapisch. [1:55]

SEX/NUDITY 7 - A nude man thrusts (we see his bare back and buttocks) on top of a woman in bed. A man kisses a woman and she resists initially, he holds her and kisses her again and she kisses him back; they caress each other, lie back against a stone wall, then we see them in an apartment, he moves down off screen and we see her pleased face (suggesting oral sex). Two women kiss passionately in a couple of scenes. A man and a woman kiss, caress each other, undress and lie in bed together. A man and a woman lie in bed together (he's bare-chested and in boxers and she's in a tank top) and he acts like a dog sniffing, licking and nibbling on her. A woman (who happens to be a lesbian) teaches a man how to touch and kiss a woman in order to please her sexually (she presses against him, holds his buttock, pulls up his leg and holds it at her waist). A man remembers kissing two women, a man imagines two women kissing and another woman dressed in a corset and stockings (we see cleavage and bare buttocks). A man and a woman kiss in several scenes, a woman kisses a man's neck, and a man and a woman kiss while lying in bed (roommates are present). Two women dance together and press against each other, and men and women dance together in a couple of scenes. A woman talks to a man about being a lesbian, a man talks to another woman about the woman being a lesbian, and a man asks a woman about her sexual techniques with other women. Two bare-chested men are found in bed together by another man (they are pretending to be gay). A man makes a sexual gesture with his hand and face. We see pictures of nude women on a wall (bare breasts, buttocks and pubic hair are visible). Women wear outfits that expose cleavage, bare shoulders and bare midriffs. A nude man sits at a computer in a few scenes; we see him from the side and his bare chest, bare hip, buttock, thighs and pubic hair are visible.

VIOLENCE/GORE 3 - A man talks to a German man about being a Nazi, he salutes him and pretends to be Hitler (the man is visibly insulted). A woman yells at a man, a man yells at his mother. A man vomits repeatedly (we see goo and hear gagging and heaving) and urinates on himself after drinking alcohol. A woman faints while looking over the edge of a structure on a high peak. A woman is audibly and visibly frightened when the lights go out.

SUBSTANCE USE - People are shown drinking alcohol to the point of severe drunkenness, smoking tobacco and marijuana.

MESSAGE - All of our life experiences make us who we are; and we get out of our experiences what we put in. 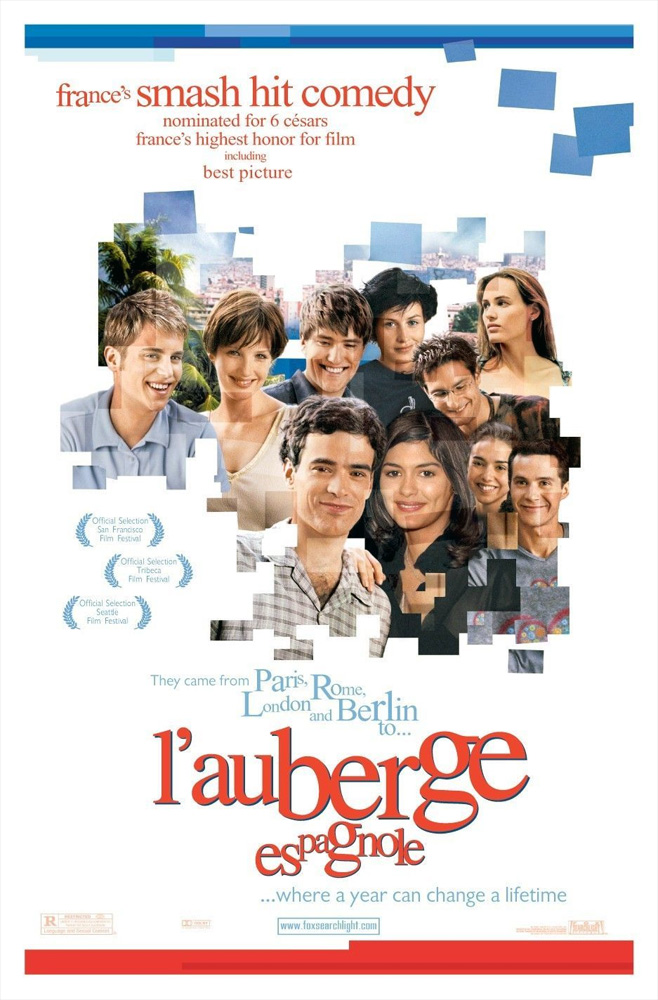