A man and woman (Patrick Wilson and Kerry Washington) buy their first home and move into a hillside neighborhood feeling fortunate that their next door neighbor is a police officer (Samuel L. Jackson). However, their neighbor is determined to make their lives miserable. Also with Regine Nehy and Jaishon Fisher. Directed by Neil LaBute. [1:46]

SEX/NUDITY 5 - A husband and wife kiss in a swimming pool, they hug, and we see the man placing wet swimsuits on the side of the pool (implying that they are nude), we hear giggling and it is implied that they have sex (two children in a neighboring house watch them from a window). A husband and wife sleep in bed nude (the man's bare shoulders and chest are visible and the woman's bare shoulders and back are visible); the man gets out of bed and wraps himself in a sweater (his bare buttocks are visible briefly). A husband and wife lie in bed together talking (the woman wears a spaghetti strapped baby doll nightgown and the man is bare-chested).
► A teenage girl wears a bikini swimsuit while swimming and dances with thrusts and hip wiggling. Women wear low-cut tops and dresses that reveal cleavage and bare shoulders. A teenage girl wears short skirts that reveal bare legs to the thigh in several scenes. We see a man wearing boxer shorts (he's bare-chested). A man takes off his shirt and unfastens his pants, and they fall to his knees exposing his boxer shorts, in front of his teenage daughter and another woman.
► A man is forced to the floor and held while an exotic dancer dances over him. Several exotic dancers wearing skimpy outfits that reveal cleavage, bare shoulders, abdomens and legs dance at a man's bachelor party (they thrust their hips and dance close to several men).
► A husband and wife kiss in several scenes.
► A man says, "I could use a good lap dance" when arranging a bachelor party. A woman tells her husband that she is pregnant, they argue and there is a discussion about her use of birth control. A teenage girl talks to a woman about "hooking up" with a teenage boy. A man makes a remark about wanting to have a "black girl" and that he's work his way up through the Pacific Rim.


VIOLENCE/GORE 4 - A man who has broken into a house hides in the closet when a woman enters the house and goes to shower; he comes out of the closet, she sees him, he grabs her and throws her on the bed, she struggles and fights him, he throws her on the floor (where she lies unconscious), and when he leaves the house he is shot three times (we see blood spray when he is struck and blood seeps into the water of a swimming pool where he falls).
► Two men fight: one is struck in the head and the other has a gun, they struggle and strike each other, they both end up with guns, and one is shot repeatedly and falls to the ground dead (we see bloody holes in his chest) and the other has a bloody wound on his shoulder.
► A man holds a shotgun under his chin and threatens to shoot himself if a police officer comes any closer; the officer puts his gun away, approaches the man, prods him to use the gun on himself, helps him cock the gun and yells at him some more and then takes the gun away and strikes him in the chest with it. A man holds a gun to a man's head and tells him to give him his wallet (he reveals himself to be a police officer).
► A police officer pushes a man against the hood of his car and frisks him while the man complains; the officer then presses a baton against his throat and threatens him about "using little girls." We hear that a man with a gun is holding his wife and infant child hostage and is threatening to kill them: police arrive on the scene, a gunshot is fired from inside through the front door, police enter the apartment and chase the man with the gun (the woman and child are unharmed).
► A man slaps his teenage daughter hard across the face. Two men fight through a fence: one holds a saw and one a rake, and they poke through the fence at each other (no one is hurt, but several trees are cut down).
► A man shoots the car windows out as a woman drives away; she crashes into a parked car and is trapped in the car. A man grabs a lacrosse stick and runs into his back yard after discovering that his car tires have been slashed (he does not find anyone).
► A man talks about his wife having been killed in a car accident and that the driver "took a steering column to the chest" and was also killed. A man talks about one neighbor being a wife beater and another being a drug dealer. A man talks about police being particularly aggressive in a specific part of town. A man talks about getting a gun to protect his children. A man is rude and insulting to an African-American woman and a white man who are married, and insinuates that inter-racial relationships should not be acceptable. A man is rude and disrespectful to a husband about his wife. A woman tells her husband that she is pregnant, they argue and there is a discussion about her use of birth control. A man is forced to the floor and held while an exotic dancer dances over him. A husband and wife argue in several scenes. We hear about a man driving under the influence of alcohol causing a collision that killed two people.
► People watch as a thick cloud of smoke from a fire approaches their homes.
► A man breaks into a house, breaks stuff and urinates in a dresser drawer. A woman vomits (we see goo and hear gagging and coughing).

MESSAGE - Taking out your rage on others will lead to disaster. 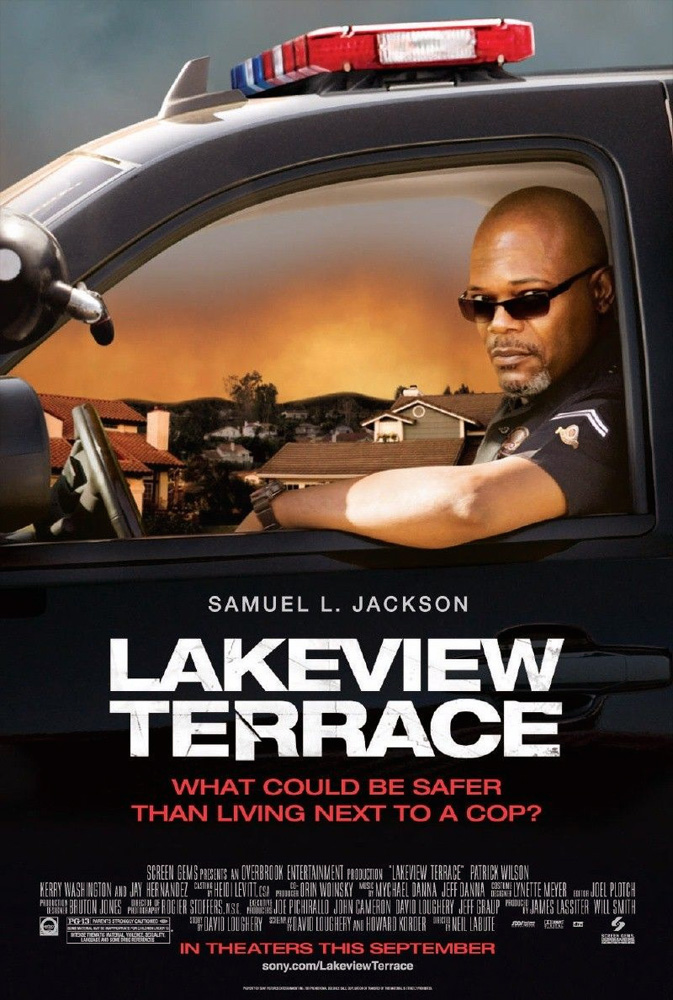