Joaquin Phoenix stars as a Baltimore firefighter who becomes injured and trapped in a fire. While passing in and out of consciousness, and hoping to be rescued, he has flashbacks to his meeting, courting and eventually marrying his wife, and to his career as a firefighter. John Travolta co-stars as the fire company chief. Also with Jacinda Barrett, Billy Burke and Jay Hernandez. Directed by Jay Russell. [1:55]

SEX/NUDITY 3 - A woman lies in a bed covered to the shoulders with a sheet, a man wearing only boxer shorts enters the room, they talk and kiss and it is implied that they have had sex. A man and a woman kiss in a few scenes. Two men flirt with two women in a grocery store. A man stands up from behind his desk and he has no pants on (we see his boxers); this happens in two scenes. We see a man sitting on a toilet (his bare thighs are seen). Two women wear low-cut tops that reveal cleavage. A man in confession is asked as to whether he has impure thoughts; a man who poses as the priest asks specific sexual questions. Another man in confession is asked about having impure thoughts and he confesses that he is gay (it turns out to be a joke). A man makes a sexual reference with regard to a man going on his first fire call, referring to it as "busting your cherry." A man and a woman make a drinking bet that whoever empties their glass last has to run around the bar naked, the man loses, removes his shirt (we see his bare chest) and begins to unfasten his pants.

VIOLENCE/GORE 6 - Firefighters search through a burning refinery looking for trapped people, one firefighter is sprayed in the face with a blast of steam, we hear him screaming in agony and see him with a badly burned face (his skin is deep red and his eyes are swollen shut); we then see the injured firefighter in the hospital, and he has blistered skin, and sutures and grafts on his face. A firefighter walking across the roof of a burning building falls through and is engulfed in flames; other firefighters struggle to put out the flames but are unable to do so. Firefighters open a large metal door, flames burst out from behind it and they scramble to close the door again before the flames spread. A building explodes causing the floor to fall out from under a firefighter, he scrambles to try to hold onto something but falls and crashes to the ground below (we see him lying unconscious, covered with rubble and with a trail of blood coming out of his mouth). There are many scenes of buildings engulfed with flames, firefighters arrive on the scene to try to rescue anyone inside and douse the fire. We see a building with flames pouring out the windows, people are escorted out of the building wearing oxygen masks over their faces, firefighters go into the building to rescue two trapped people, one is carried out, and another is lowered down to a ladder by a rope before an explosion nearly knocks him to the ground below. Firefighters cut through heavy debris, looking for another firefighter who is trapped; explosions deposit more debris and flames flare at them. A firefighter goes into a smoke-filled and burning building trying to find a girl who's trapped inside, he crawls along the floor, knocking things down, and calling for the girl (we hear him breathing quickly in his respirator); he finds her, her face is covered with soot, he tries to take her out and the room bursts into flames, while another firefighter breaks a door down and they carry the girl out together. Paramedics perform CPR on an unconscious girl and she begins to cough. A firefighter goes down the side of a building from the roof to retrieve a man trapped in a burning building, the man jumps onto the firefighter, they plunge down toward the ground while being held by firefighters on the roof, and they crash through a plate glass window and fall onto the interior floor. Two firefighters charge up a set of stairs to locate the source of a fire, a swarm of rats pours down the stairs, and the men step on the rats while trying to pass (we hear crunching). Firefighters find a room that is engulfed in flames, and we watch as flames crawl across the ceiling above them; they spray the flames with water and eventually get the fire under control, but only after an explosion knocks them down and beams collapse around them. A man shoves another man to the ground and tries to hit him, and other men pull him off. Two men stand up and move toward each other like they are going to fight, but other men restrain them and another man enters the room yelling at them to stop. Two funerals show grieving friends and family. When the alarm bell rings in the firehouse the firefighters scramble down a pole and onto trucks and speed along streets to the scene of the fire. A firefighter digs at a brick wall trying to break through to a control room on the other side. A man throws a burning newspaper under the door of a bathroom stall where a man is sitting on the toilet. A dog barks angrily at a firefighter who is trying to enter a home to check for a fire. A squawking goose flies out of a man's locker when he opens it, knocking him back against a wall.

SUBSTANCE USE - People are shown smoking cigarettes and cigars, and drinking alcohol.

MESSAGE - It requires a special type of bravery to be a firefighter. 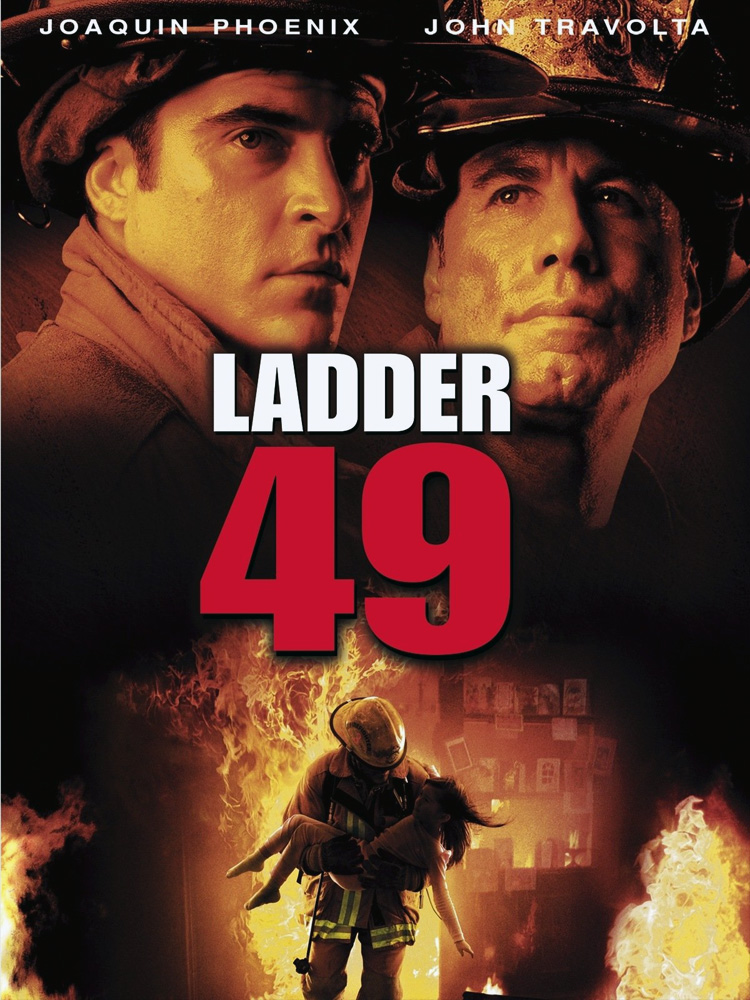