Biopic on Dr. Alfred Kinsey (Liam Neeson) who in 1948 conducted clinical studies in human sexuality and published his results in the influential and controversial book “Sexual Behavior in the Human Male,” which was both praised and rejected as being depraved and wicked. Kinsey grew up in a conservative, strict household run by his father (John Lithgow) who was also a Methodist minister. Kinsey’s studies in biology led to research of the evolution of wasps and eventually turned to the study of human sexuality. Also with Laura Linney, Chris O’Donnell and Oliver Platt. Directed by Bill Condon. [1:58]

SEX/NUDITY 10 – There are many frank and for the most part clinical discussions of sex and human sexuality throughout the movie. We see a slide of an erect penis entering a vagina along with a discussion of the condition of the female sex organ. We see disjointed images of a man caressing a woman’s bare breast, a man kissing a woman’s nipple, a man performing oral sex on a woman, and two men and a woman having sex. A younger man asks an older woman in front of her husband if she will have sex with him; the woman says she would like that, and then we see them in bed kissing (he is nude with his bare back and buttocks visible and she is in a nightgown) and it is implied that they have had sex. A man waits in a bed for his wife to join him, she climbs in wearing a low-cut nightgown (revealing cleavage and bare shoulders), they kiss, he caresses her breast, he rolls on top of her, they kiss, they both moan, he thrusts and few times and she screams in pain, asking him to stop. A man caresses an older man’s face tenderly, kisses him, and then they kiss passionately. Several men stand in a room, a woman enters, and we see her nude (bare breasts) on a bed masturbating (moving rhythmically) while a man discusses what she is doing; then we see her having sex with a man (he is on top of her thrusting rhythmically). A man masturbates in front of two men (we see him unzip his pants and see his arm moving rhythmically) and yells when he reaches climax. A young man masturbates in his bed; we see his hand moving rhythmically under a sheet and hear him moan when he reaches climax. A man talks about having been introduced to sex as a boy by his grandmother, having had sex with his father, animals and family members. Also, a man talks about having had sex with farm animals. A man talks about having sex with pre-adolescent boys and girls. A man undresses in front of another man (we see his penis and bare buttocks). A man talks about observing and filming women in various stages of sexual arousal. A man and a woman visit a doctor to determine why they appear to be sexually incompatible and there is a frank discussion about the size of the man’s endowment and a part of the female anatomy (the discussion includes a sketch and a ruler). A man asks a married couple to talk about their sexual techniques including descriptions of positions, oral sex, foreplay, other forms of stimulation, etc. Two young women ask their mother and father about matters of sex at the dinner table. We hear many people asking questions about myths and misconceptions about sexuality and sex acts. Many people talk about their first sexual experience. Men and women dance together (we see a young woman’s underwear when her skirt flips up). A woman talks about having had an affair with another woman. A young man confesses to a friend that he has ejaculated in his sleep and it seems that this is a continuing occurrence. Two men are shown bare-chested and a woman wears a bathing suit top and shorts (revealing cleavage, bare abdomen and bare shoulders). We see a man discussing sketches and sculptures identified as pornography, with nude men and women in various sexual positions, in various stages of undress, and with sexual paraphernalia (people in bondage, a woman with a whip held over a man, etc.). We see photographs of fully nude women and a statue of a phallus in a suitcase. A man on a pulpit preaches to men and women about roadside brothels, sexuality, degrading picture shows, pillow talk, zippers and how they all lead to free sex. A man talks to a class of young men and young women about controlling sexual urges. Many people are shown while undergoing sex interviews that involve intimate questions about their sex lives. Several people are shown being taught how to conduct interviews about sex. Many animals are shown mounting each other and thrusting. A man and a woman kiss in many scenes. A man kisses a woman’s neck (she’s not his wife).

VIOLENCE/GORE 4 – A man talks about having sex with pre-adolescent boys and girls. A young man talks about having been branded when he was 13 years old (he shown the scars on his chest and arm) by his father and brothers when he and another boy were found in a hay stack together (it is implied that they were having sex). People talk about a man’s next book being about sex offenders. A man talks about having been forced to wear a tight strap around his genitals at the age of 10 (presumably to prevent masturbation). Blood drips from a man sitting on the edge of a bathtub and he says that he has poked a hole in his foreskin. Two men shove each other, swing at each other and another man yells at them to stop. A woman talks about having considered suicide. We see many people with sores, malformed limbs, and other ailments caused by a venereal disease. A boy yells at and insults his father. An underage boy tries to buy a pack of cigarettes and when the store proprietor prepares to sell them to him his father storms in yelling that what he is doing is illegal. A man talks about a wasp and that after it lays its eggs it dies.

SUBSTANCE USE – People are shown smoking tobacco and drinking alcohol, and we hear that a man has become addicted to drugs. 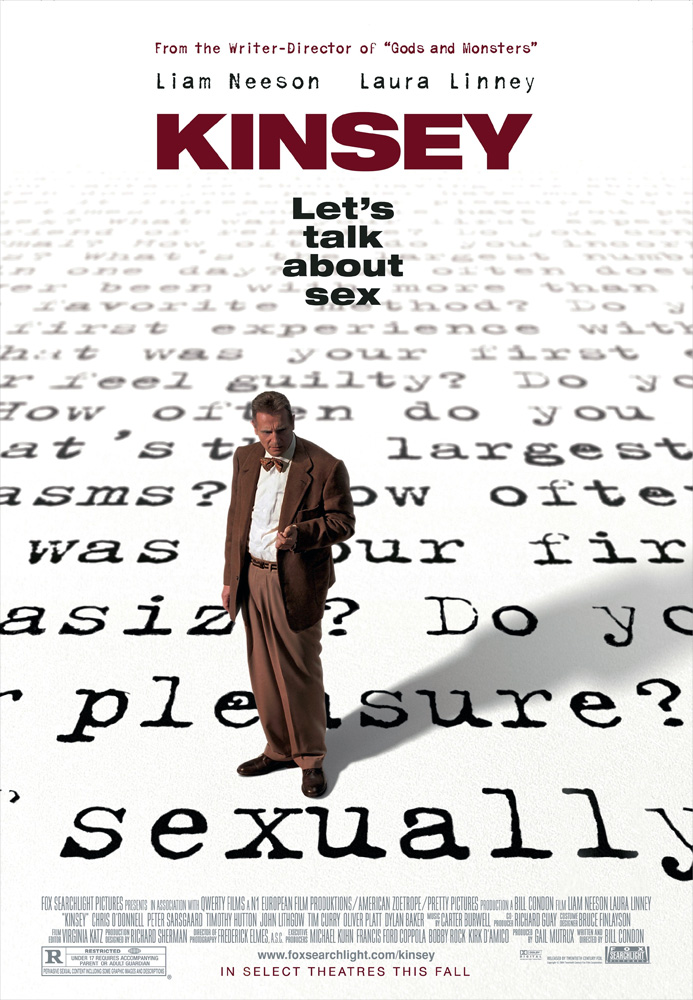