After three years of marriage, a wife's (Katherine Heigl) idyllic suburban life is turned upside down when she discovers that her husband (Ashton Kutcher) used to be a trained assassin before they met. When the couple discovers that someone in their neighborhood has been contracted to kill them, they must work together to save their lives and their marriage. Also with Tom Selleck, Catherine O'Hara, Kevin Sussman and Katheryn Winnick. Directed by Robert Luketic. [1:40]

SEX/NUDITY 6 - A woman wearing only a bra and skirt (cleavage, bare abdomen and back are seen) is blindfolded and lead into a room by a man; the two begin to kiss and lie down on a desk, implying they are about to have sex.
► A man and a woman kiss passionately; a trail of male and female clothing is seen on a beach and the heads of a man and a woman are seen in the water, implying they are swimming nude.
► A man uses a knife to cut the back of a woman's dress, he looks at her bare back briefly (we do not see anything) and then hands the woman a blanket; the woman allows the dress to fall to the ground after wrapping herself in the blanket and she positions herself on a bed suggestively, but falls asleep before the man sees her pose.
► A man is seen shirtless (his bare chest and back are visible) on multiple occasions, including while wearing only a towel wrapped around his waist. A woman wears cleavage-exposing outfits in a number of scenes. A woman wearing a tight-fitting dress adjusts her cleavage with her hands. A man comments on a man "not wearing pants" when he sleeps, and the man is later seen wearing only boxer shorts and a shirt while lying on a sofa.
► A man dances very suggestively with a woman and implies that she is a prostitute; the woman walks away after denying that she is a prostitute.
► A man tells a woman "spread 'em" and she misinterprets it as a come on. Women discuss a man's body using sexual terms. Women and men openly discuss intercourse, as well as pornographic photos and movies. A woman shows a man a collection of pornographic pictures on a man's computer (we do not see the photographs) and they discuss how a different man had a collection of pornography hidden from his wife.

VIOLENCE/GORE 6 - A man is seen shoving a woman against a desk after she opens fire on him, the woman then wraps wires around his neck in order to choke him and the man swings a chandelier toward the woman, impaling and killing her; the man also elbows another man in the face, knocking him out.
► A man attempts to shoot another man with a large machine gun, but the man wrestles the gun away as a woman slams into the man with her car, sending him onto the hood and breaking her windshield; the woman then drives over the man and it is implied that he is dead.
► A man punches and wrestles a man with a knife and after breaking through a glass window with the man in a chokehold, he instructs a woman to shoot him in the face; she shoots him in the arm (we see blood on his arm) and the man and the woman then duct tape the injured man to a chair.
► A dead man is seen with a large bloody bullet wound in his chest and one in his head, surrounded by blood spatter.
► A man kicks a gun out of another man's hand and then dumps him over the side of a boat.
► During a high-speed chase between a man and a woman in a truck, and a man in a car, the two vehicles drive through a construction site, firing machine guns at one another until the truck pushes the car onto its roof and into a pit; the man in the truck then confirms with the woman that the man in the car is dead. A woman driving an SUV t-bones a woman in a car just as she attempts to run over a man, and the man fires a machine gun at the wrecked car, which erupts into flames, presumably killing the woman. A helicopter explodes in flames, mid-air, after a man presumably detonates an explosion with his cell phone.
► Two men are seen skeet shooting with hunting rifles, and a man is seen cleaning a hunting rifle.
► A woman jokes that she is going to throw herself out of an airplane's emergency exit.
► On multiple occasions, a woman mentions that she is opposed to vomiting, and on one occasion the sound of her heaving is heard, as well as the sound of vomit hitting the floor -- no actual vomit is seen. A man passes gas loudly in his sleep as a woman watches.
► A man tells a woman to "pee on a stick" and the woman is seen, waist-up, sitting on a toilet in front of the man; she remarks that she cannot bring herself to urinate, the man insists that she has urinated in front of him "hundreds of times" and then walks out of the room.

SUBSTANCE USE - Men and women drink throughout the movie, and a woman is seen drinking in excess on multiple occasions and often appears intoxicated.

MESSAGE - Trust is the most important aspect in a marriage. 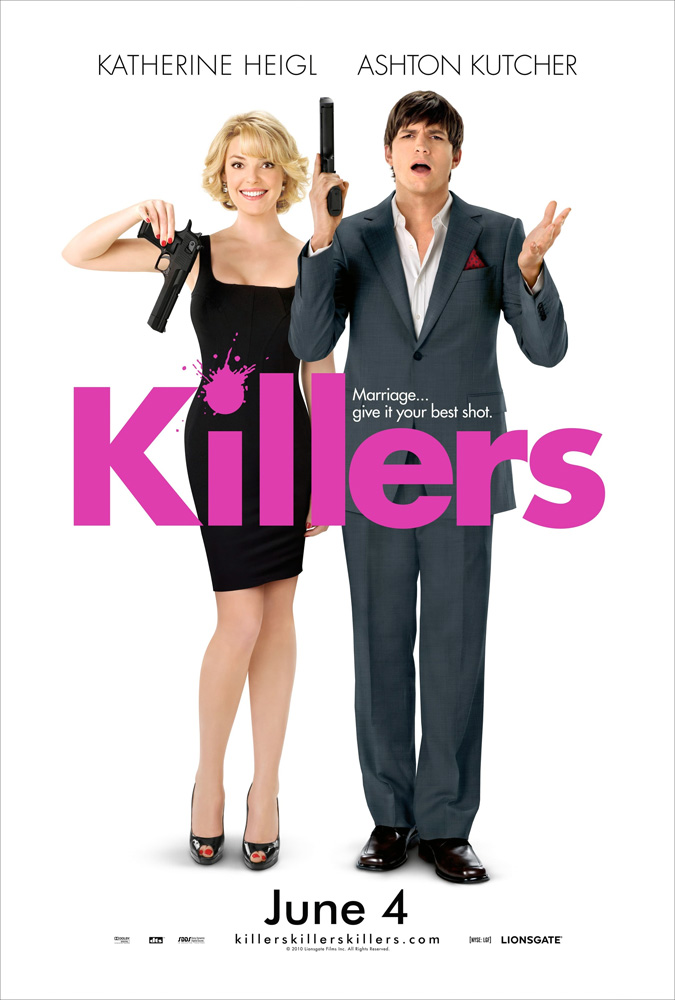