A professional basketball player (Miguel Nunez, Jr.) is suspended indefinitely when his antics on the court get to be too much. While he waits for his reinstatement hearing, he puts on a dress, and finds another job, playing women's basketball. Unexpectedly, his new teammates are able to break through his ego and teach him a thing or two about his feminine side. Also with Vivica A. Fox, Kim Wayans, Tommy Davidson and Kevin Pollak. [1:31]

SEX/NUDITY 4 - A man and woman are moving around under the covers of a bed (presumably having sex) and another woman walks into the room and interrupts them; the man gets out of bed and we see his bare chest. A man and woman kiss a couple of times, and a man kisses a woman on the cheek. A man stands in front of bleachers filled with fans, he pulls off his shirt (we see his bare back), then pulls off his pants (we see his bare buttocks), he then pulls off his jockstrap (we see his bare buttocks again) and he wiggles his hips and dances a bit while women in the stands look at him admiringly. A man dances with three women simultaneously and suggestively, and men and women are shown dancing close together in a couple of scenes. Men and women make many sexual references while talking about the opposite sex and they also make sexual overtures toward each other: an elderly woman makes a pass at a younger man (her hands are under a table and he flinches a couple of times), a man and woman stand close together and appear to be flirting, there are a few references to men being romantically involved with more than one woman, men and women admire members of the opposite sex and one woman admires members of the same sex, a man talks about staying the night at a woman's home (making a suggestion of sexual activity), and a man impersonating a woman talks to women about the size of a man's endowment. A man impersonating a woman leans over a fax machine on a desk, a man struggles behind him (grabbing his waist and shoving him back and forth) and when another woman comes into the office she presumes that there is some sexual activity taking place. A man grabs the buttock of a man impersonating a woman. Women slap each other's buttocks during basketball games and a man impersonating a woman takes every opportunity to slap, grab and grope the buttocks of his female teammates. A man wearing a bra and breast prostheses asks another man to touch them and he does, then the other man tries them on. A couple of shower scenes show women wrapped in towels with bare shoulders or hidden by glass stall walls. A fake breast is accidentally tossed across a room and sticks to a window. Women are shown wearing outfits that reveal cleavage, abdomens, thighs, backs and shoulders. Men are shown bare-chested a few times. A man reaches into his pants and adjusts himself (we hear a squish), an elderly woman tugs at her breasts and pulls her bra off through her sleeve, a man impersonating a woman grabs at his breasts and scratches through his shirt, a man impersonating a woman grabs at his backside and adjusts himself. One female character is presented as being a lesbian by the way she carries herself, the way she dresses and she also makes suggestive comments about other women. A man tries on women's clothing and dances around thrusting his hips. Two men discuss having a sex change operation; hand gestures are used to describe some of the elements of the procedure. A man flashes a condom package.

MESSAGE - The only way to really shine is to do so as part of a team. 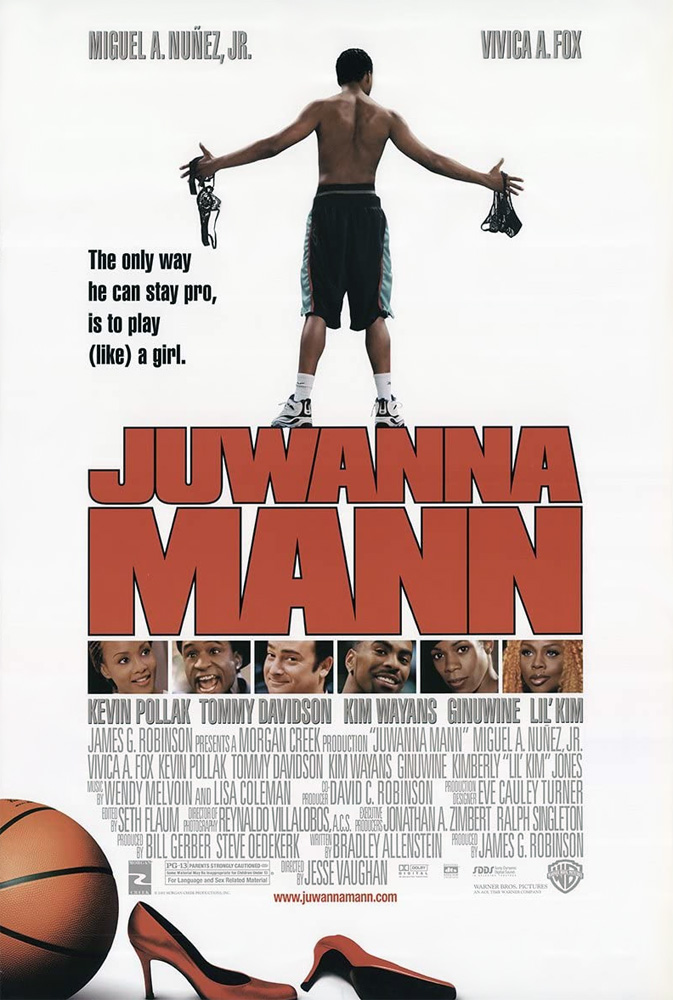