An unemployed and aimless 30-year-old (Jason Segel) still lives in his mother's basement and finds himself searching for meaning in everything, including a chance run-in with his brother (Ed Helms), before they begin a day-long investigation into the possible infidelity of his sister-in-law. Also with Susan Sarandon, Judy Greer and Rae Dawn Chong. Directed by Jay Duplass & Mark Duplass. [1:23]

SEX/NUDITY 4 - A man and a woman hug, kiss and continue to hug. Two women kiss gingerly.
► We see two men eating at Hooters, where the waitresses are wearing short, tight shorts and tight, low-cut, cleavage exposing tops; we see posters on the wall of women wearing bikinis and multiple photographs of women wearing short shorts and tight, cleavage exposing tops. A man is seen sitting on a toilet and his shorts are around his knees (no nudity is visible).
► A man crudely asks a woman if she is "horny" because she is flushed. During a phone conversation between two women we hear one of the women explain that she "wants someone against her," implying that she wants the other woman in a sexual manner. A husband and wife argue about the man finding the woman in a hotel room (fully clothed) with another man; the woman asks the man to define why he is angry and if it is because she was going to have sex with another man. A man tells his wife that another man is trying to "get in her pants." A woman tells a man that she and her husband had not had sex in "months"; the man tells the woman that there is a difference between "having sex and making love." A woman tells another woman that she imagines herself kissing under waterfalls; the woman later asks her why she will not allow herself to let go and be kissed under a waterfall. A man tells a woman that if she is not "turned on" by a car then she is "made of stone." A man asks his brother if he believes that his wife is having sex with another man. A man asks another man if he thinks his wife is performing a sex act on another man in a hotel and the brother responds that he does not think she is performing that specific sex act (manual stimulation). A man crudely tells another man that he believes his wife is having sex with another man, and the man then dramatically shouts that the woman is having sex with a janitor. A woman teases another woman, saying that she needs to "get busy."

VIOLENCE/GORE 4 - We see a car accident on a bridge where a semi has jack-knifed and is backing up multiple lanes of traffic: we understand that a car had driven into the river (we see a rapidly sinking car in the water under the bridge) and a man leaps into the water, pulls two girls out of the car and places them safely into a boat while they shout that their father is still under the water; the man dives down again and the drowning man surfaces, causing another man to dive in after the first man and moments later they both appear and CPR is performed on the rescue boat where he is revived and spits up water (we later see the man unharmed).
► A man opens a door and two brothers quickly enter the room and one of the brothers grabs the man and shoves him against a wall, holding him by the neck as he struggles; the other brother tells him to drop the man, which he does, and the man walks away unharmed. Two men attack a man, both punching him in the stomach and knocking him to the ground; the man rolls over and curls up in pain as the men steal his music player (moments later we see the man walking around and he appears unharmed). A man tries to tackle another man, the man deflects his tackle, grabs and shoves him and the two lock and wrestle momentarily before pulling apart. Two men "chest bump" and one of the men shoves more forcefully, knocking the other man to the ground. A man throws his shoulder against a door, trying to break it down and he moans in pain.
► A man drives erratically, he ramps onto a raised median and continues driving, his passenger warns him to slow down, another car swerves to avoid hitting the car as it drives off the road and smashes into a tree in the front yard of a house; a man and a woman come out of the house and approach the car as the man threatens to call the police and the woman checks to see if the passenger is harmed, saying that he "looks hurt" (both the passenger and driver are unharmed). A man sits on a car door and out the window, as another man drives; the driver quickly changes lanes causing the passenger to shout and hold on to avoid falling. A man jogs down the middle of a street and a car honks as it drives past him, narrowly missing him.
► A man shouts and runs down the road after a tow truck. On multiple occasions, two brothers shout at one another. A man chides his brother and the brother shouts back in response. A woman shouts at her adult son over the phone. A man shouts at another man over the phone. A man whisper-shouts at a man in a restaurant. A man tells another man that he wants to beat up a man. A man talks down to his wife and she shouts at him, saying that he makes her feel stupid.
► During a television news report, a man listens as two young girls explain that their father had almost drowned after driving off a bridge, but was saved by a man. Two brothers very briefly discuss the death of their father; it is not explained how he died. A man tells another man and a woman that he had steered off the road, running into a tree in their front yard, to avoid hitting a "pedestrian child in the road" and the man and the woman threaten to call the police (it is implied the driver had been drinking heavily and his excuse for the accident is a lie); the driver becomes agitated and starts yelling until the man and the woman threaten again to call the police and the man calms down. A teen boy shouts in surprise after a man knocks on his car window. A man jumps after being surprised when his brother walks up behind him.
► A man digs through garbage: we see him remove his hand from the dumpster and it is covered with a white fluid, and he shouts and shakes his hand in disgust as another man also acts disgusted. A woman throws waffles and squeezes ketchup on the hood of a car. A man jokes with a woman, saying he will "blow out" his biceps from drinking too much water.

MESSAGE - You never how a simple day will turn out. 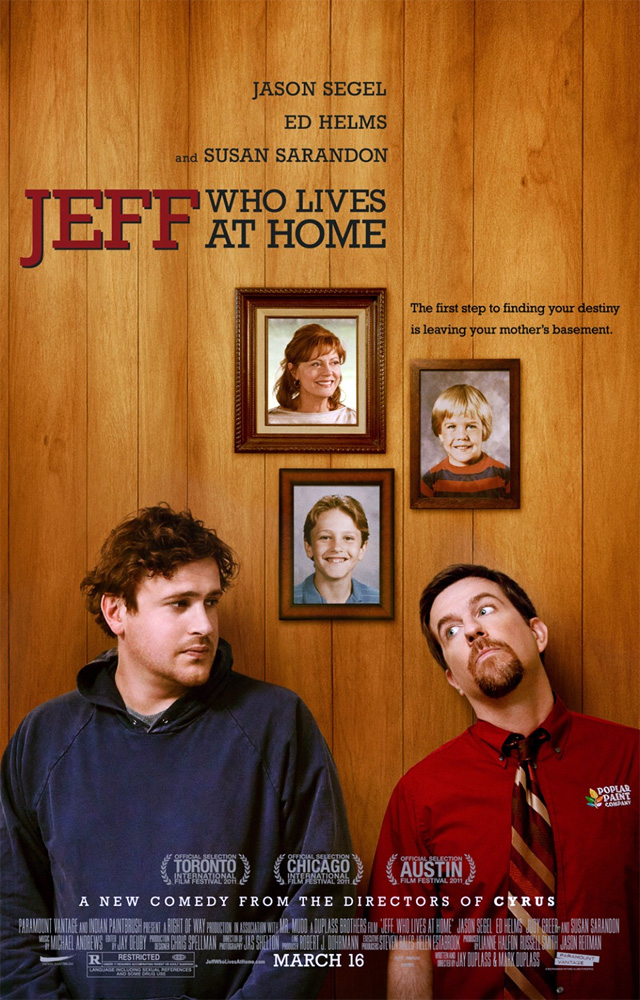