A Gulf War veteran (Adrien Brody) returns to the U.S., and while hitchhiking he is picked up by a driver who later shoots a highway patrol officer. When the vet is found unconscious with the gun, he is determined to be the shooter and since he has no memory of the incident he is sent to a hospital for the criminally insane. While there, one of his doctors experiments with a controversial treatment that includes being strapped into a straitjacket and locked into a morgue locker. During the treatment, the vet foresees his own death. Also with Keira Knightley, Kris Kristofferson, Jennifer Jason Leigh and Kelly Lynch. Directed by John Maybury. [1:42]

VIOLENCE/GORE 7 - A highway patrol officer is shot three times (we see this scene, with increasing detail, several times); we then see him thrown back onto the ground, he fires one shot grazing a man, and we see the officer writhe and we see blood on his jacket. Soldiers with guns drawn yell and hold people at gunpoint: one soldier drags a woman away (she screams and cries), and a boy pulls out a gun and shoots a man in the head (blood spurts, the man falls to the ground and blood oozes from his eyes). A man slips, falls on the ground, and hits his head hard (we see blood ooze out of the back of his head).
► A man is given an injection, tape is put over his mouth, he is dragged down a dark hallway, strapped into a straitjacket, put on a table and slid into a morgue locker; we hear him panting and screaming and see many scenes of violence in quick succession (images of war, people being shot, bombs exploding, etc.) while the man's eyes become red and he screams. A man is taken to the morgue several more times, his protests are initially violent and eventually he does not resist.
► We see a field hospital with many wounded soldiers (we see many bloody wounds and we hear moaning). A man is strapped into a straitjacket, and given an injection in the chest (there is a hole in the jacket and there are bloodstains on the fabric around it) and blood pools around his head. A wounded man with blood on his head is declared dead, although he is still alive.
► We see images from the air of bombs exploding, with voices describing the targets (facilities, as well as people); we also hear rapid gunfire (we see a person being shot and cars and trucks exploding).
► A man hits a man in the face with a jacket that has large buckles on it, and the man falls back onto the floor and we see a bloody cut on his cheek. We see a man with bruises on his chest and abdomen.
► A man pulls an IV out of his arm (we see blood on his hand) and staggers through a hallway. A man is dragged by another man. A woman does electroshock therapy on a young boy (we see him convulse and quiver briefly). Patients begin to yell and become unruly, some are taken away by nurses, and others are given injections. We see patients in a psychiatric hospital in catatonic states, one patient bobs and drools, and we hear patients moaning and screaming.
► We hear about a man having sodomized a 7-year-old girl, and then taken her up into a tree where he killed her. A woman talks about her mother having died in a fire. A man talks about having tried to kill his wife 30 times. A man yells at a man and accuses him of killing his uncle. A woman yells at a man and her young daughter and a woman screams at a man.
► A woman on the side of a road moans and vomits (we see goo) and we are led to believe that she had had too much alcohol.

MESSAGE - You can't break something that is already broken. Time is fleeting. 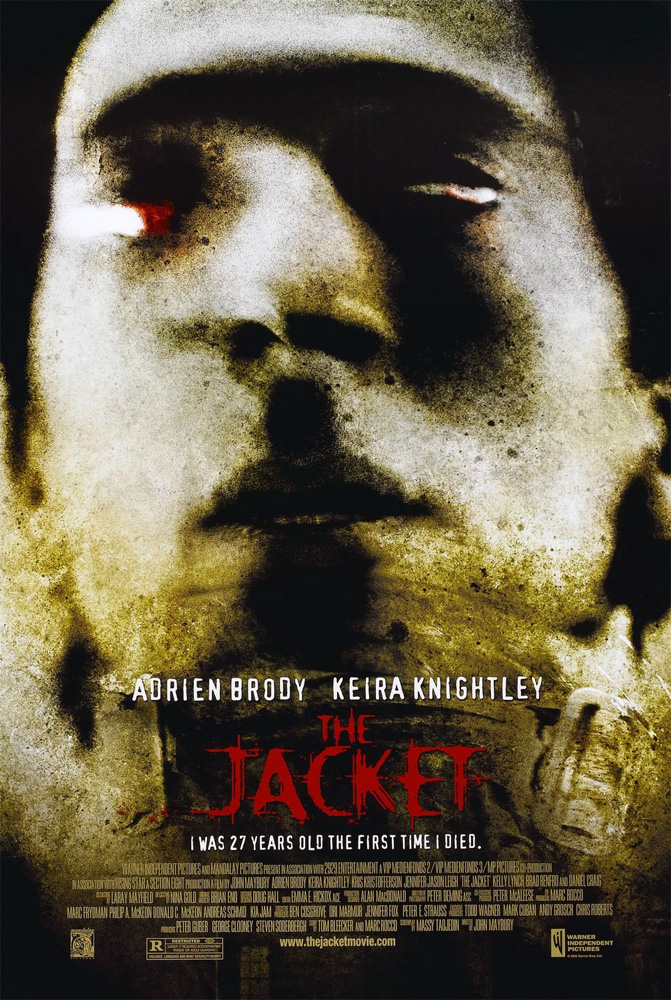