SEX/NUDITY 4 - A husband and his wife lie in bed together; the man is shirtless and we see his bare back as they kiss and snuggle and we later hear rhythmic moaning (we do not see a sex act). A husband and his wife lie in bed clothed and he caresses her arm.
► A husband and his wife are shown sitting in a bathtub together; they are seen with bare shoulders and upper chest and backs and they kiss and hug. A young boy bathes (we just see his shoulders). A teen boy showers in a few scenes and we see his upper chest and back. A man is shown shirtless and we see his chest and abdomen. A woman wears a long tank top that reveals the outline of her nipples through the fabric and cleavage.
► A teen boy has a nightmare where a woman straddles him in bed, leans over him and drools thick blood into his mouth. A teen boy watches a married woman from a distance and appears to be enamored with her.

VIOLENCE/GORE 6 - A man drives a pickup truck and a shot hits the car, the man swerves off the road and crashes into a tree, a gunshot breaks out the driver's side window and the driver scrambles to get out and find the shooter; he climbs under the vehicle and sees a man with a gun and he shoots him three times killing him (we see blood on the wounds); the driver's passenger beats another man repeatedly (we see his bloody face) and the driver shoots him. A man is shot in the back and collapses to the ground. A woman holding a young boy runs and a gunshot hits and kills the boy (we see his limp body on the ground); the woman screams uncontrollably and is then shot herself (the screaming stops).
► A man tackles another man to the ground and beats him in the head and face with a rock (we see his face become bloody with cuts on his nose). A man holds a gun to another man's head, a woman holds a shotgun at the armed man and they both drop their weapons; the two men fight and one hits the other on the head with the gun, and then binds his hands behind his back while the woman holds her gun on another woman and a child.
► We hear labored breathing and see an elderly man with lesions on his skin as a woman tells him to let it go; a man and a teen boy put the sick man in a wheelbarrow and take him to the woods where he is shot, put in a hole in the ground and set ablaze (we see blood on a tarp that covers his face). We hear a muffled gunshot and a dog's body is placed in a hole and set ablaze.
► A man, a woman and a teen boy move through a house when they hear noises and discover an intruder; the man shoots at him (she misses) and hits him in the head with his gun (we hear a crunch), drags him to the woods where he gags him, puts a bag over his head and ties him to a tree (he is left for an extended period of time). A teen boy hears banging in a house at night, he moves through a dark hallway and sees a locked door open; he hears noises in the room beyond the door and we later see a dying dog lying inside (we see the dog's fur covered with blood and the animal is whimpering).
► A man drags two bloody bodies to a hole in the ground and leaves them (we see the bloody faces of the bodies).
► A teen boy has many nightmares and he wakes up in a start; he sees his dead grandfather sitting on a bed next to his, he sees a woman climb on top of him and drool thick blood into his mouth, he sees a man's face with very dark eyes (like he might be sick), he follows the sound of his dog barking and then hears a yelp and the barking stops, and he sees his dead grandfather drooling thick blood.
► Two men and two women argue about the events of an evening and it is decided that they should all go to their rooms with enough supplies to last a couple of days. A man argues with his teenage son over their sick dog when the boy wants to see the dog. A man pounds on a door and yells for the man inside to open the door.
► A dog barks and looks toward the woods and as a man tries to calm it and the dog bites him on the hand and runs away; two men and a teen boy arm themselves and the boy chases the dog into the woods and stops when the barking stops.
► We see a gagged man tied to a tree in the woods and hear him trying to call for help for a long time. A man yells at his teenage son and shoves him a couple of times. A man pleads for help from another man for his family. A man says that his brother is dead. A man says that people in the cities are getting sick. A man tells people the rules of the house and lists that they never go out at night unless it's an emergency, the bathroom is away from the house and at night they use buckets, the doors remain locked and the windows are boarded up, etc.
► A teen boy hears moaning coming from a dark room and finds a young boy asleep on the floor; the teen wakes and the boy and takes him to his parents' room. A painting depicts a battle; we see skeletons fighting with spears, people in flames and lifeless bodies on the ground. A teen boy draws a picture of menacing beings in the woods (humanoid with hats and large overcoats).
► A teen boy vomits thick blood. A teen boy gags (we do not see any vomit or blood). A man removes a gag from another man's mouth and he coughs briefly.

SUBSTANCE USE - A man pours two glasses of whiskey and he and another man drink, and a man is shown drinking whiskey from a bottle.

MESSAGE - It's sometimes hard to know who you can trust in times of extreme crisis. 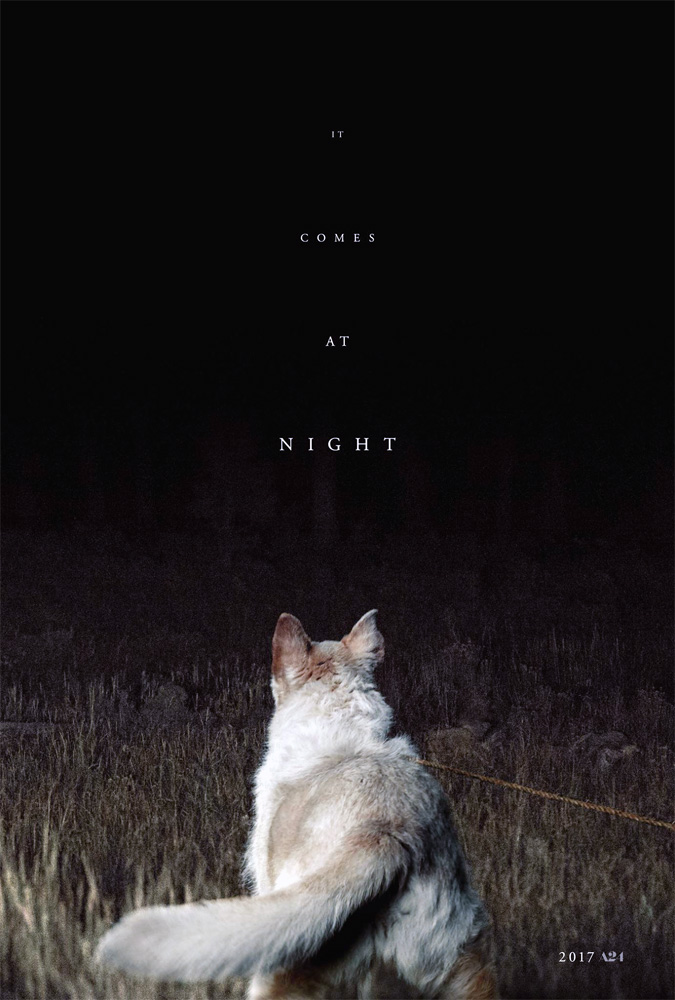