A mammoth couple (voiced by Ray Romano and Queen Latifah) await the birth of their child with the support of their friends. However, a sloth named Sid finds and adopts three dinosaur eggs, and the group must embark on an adventure to rescue their friend when the dino mother arrives for her babies. Also with John Leguizamo, Denis Leary and Simon Pegg. Directed by Carlos Saldanha & Mike Thurmeier. [1:34]

SEX/NUDITY 3 - A sloth attempts to milk a yak, the yak becomes angry, chases the sloth, and the sloth yells out, "I thought you were a female!" When a baby is born, a character remarks, "It’s a boy!" and another character responds, "That’s its tail!" Two animals talk to one another and one says, "I feel all tingly... not that kind of tingly." A character talks about a butterfly and remarks that he used to know him, "before he came out." A character says they used to call a cave "the big smelly crack." A character rubs a female character’s stomach and asks her when her due date is, she yells at him, "I’m not pregnant!" and hits him on the head with a stick.
► Two animals hold each other and kiss briefly in two scenes.
► A female squirrel does a provocative dance to entice another squirrel. Two animals dance a tango. Two animals flirt with each other. A female character bats her eyelashes at a male character in a couple of scenes.
► A female mammoth gives birth (we hear her breathing heavily and making uncomfortable faces) and many references are made throughout the film about pregnancy and childbirth. A reference is made to "hormonal imbalance.2

VIOLENCE/GORE 4 - This film contains multiple references to death and dying.
► A large dinosaur that roars and has pointy teeth chases animals and almost steps on them (they scream and run). A group of animals walk through a dark ice cave and over the skeletal remains of a dinosaur. A dinosaur tries to devour a sloth and the sloth swings from tree to tree to escape. A dinosaur whips a sloth with its tail. A Stegosaurus-type dinosaur -- with a battle mace for a tail -- chases animals and shows its teeth and tries to club them with its tail. A large Crocodile-looking dinosaur with pointy teeth and red eyes chases a group of animals. Dinosaurs attempt to attack a mammoth giving birth and a tiger fights them off and they fall off cliffs.
► Plants and flowers attack animals by wrapping vines around their ankles and dangling in the air. Two animals are eaten by a large-flower and whilst inside the flower, water (or fluid) starts to rise and they struggle not to drown.
► Two large dinosaurs have a fight: they roar and struggle and one dinosaur falls of a cliff apparently to its demise. A bird that appears to be dead is thrown in front of baby dinosaurs as food and another animal objects stating that he raised them vegetarian; the bird awakens and screams, another animal tries to free the bird by throwing it over a cliff to fly (which it can't) and in the distance we see a much larger bird devour the other bird as it falls and the animal says, "We cannot eat live animals!"
► Animals almost crash while riding on a Pterodactyl and yell out "Mayday, we're losing altitude!" An animal warns a group of animals that a cave they are in is filled with toxic fumes and that "you'll probably die"; the animals breath in toxic fumes and laugh under the influence (around them we see skeletons of animals who have "died laughing"), the animals laugh and say, "We’re all gonna die!"
► An animal gets caught floating in a sea of lava. A dinosaur almost crushes a tiger. A character ties up a large dinosaur with rope and rides it off a cliff. A large chunk of ice lands on a squirrel and it screams loudly. An animal throws a knife and it lands between two other animals causing them to quiet down.
► A large leg of an unidentified animal is placed in front of dinosaur babies and in the next shot we see the meat has been removed from a large bone, and the babies burp. Dinosaur babies use other animals as playthings or toys and throw them up in the air.
► In multiple scenes, two animals fight over an acorn: they push and pull each other, screech and scream, fall over cliffs and grab at the acorn in midair, and land on the ground unharmed. In multiple scenes, two possums slap each other in the head.
► A sloth falls through a crack in ice and tumbles and falls. A mammoth smacks a sloth with its trunk. Two squirrels get trapped in bubbles made of oil. In multiples scenes, animals fly through the air and tumble and fall unharmed. An animal gets stuck to a piece of a tree; another animal comes along and rips it off, also ripping off its chest hair (we see what appears to look like a human man’s chest with bare nipples). In two scenes, a tiger cannot breathe well and his vision is blurred when he attempts to run (in one of the scenes he is attempting to kill a gazelle, which does not occur). A mammoth punches a tiger in the arm in a friendly way. A squirrel is stepped on. A tiger cries when a baby is born.
► A weasel carries a dagger the entire time: he swings from vines holding it in its mouth, and carries it in its hand.
► A large animal-eating flower explodes green "goo" all over two animals, and they respond, "We got puked on by a plant." A dinosaur baby spits up a bird that looks beat up and then coughs up another animal. A dinosaur licks a sloth and he is covered in saliva. A sloth enters the nostril of a dinosaur and remarks, "Nice mucous."

SUBSTANCE USE - Toxic fumes are implied to be a deadly laughing gas. 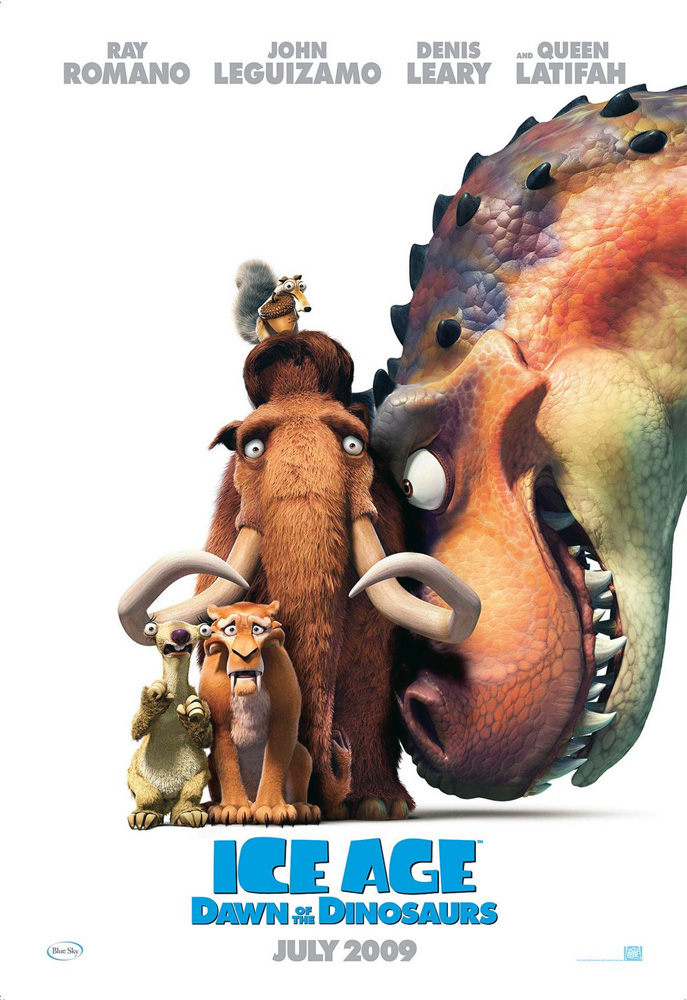