An extremely successful London police officer (Simon Pegg) is transferred to a small village after continuously outperforming the other officers on the force, and hence making them look incompetent. Upon arrival he is told that there hasn't been a crime in the area for a very long time. But when people begin to die and the villagers try to convince him that they are accidental deaths, he sees things differently and starts to uncover some dark truths about the supposedly sleepy village. Also with Jim Broadbent, Nick Frost, Timothy Dalton, and Edward Woodward. Directed by Edgar Wright. [2:00]

SEX/NUDITY 4 - A woman kisses a man, he moans with pleasure and kisses her back.
► A woman in a short dress sits on a man's desk in several scenes (her thighs are visible). A woman wears a low-cut dress that reveals cleavage.
► A man talks about a man performing a sex act on a woman that involved his finger. A man makes a remark about another man's attachment to a plant being of a sexual nature. A woman is introduced as a "table dancer." A man says that he knows a woman is a woman because he has "seen her bra." People make snide remarks about a man's name suggesting that he is gay. Comments are made about a woman being promiscuous and that she is having an affair with an older man. A woman appears to be flirting with a man and says, "I've been around the station a few times." A man talks about another man's mother and sister as being the same person.
► A man makes a sexual gesture by thrusting his hips forward and back.

VIOLENCE/GORE 8 - A large piece of cement is dislodged from a roof and pushed, and it falls and strikes a man standing on the ground below (his head is split in half and the cement piece lodges between his shoulders, blood spurts and oozes, and we hear crunching and squishing).
► A woman is stabbed in the throat with garden shears (we see blood spurting and she screams). A man is stabbed in the chest (blood spurts from the wound), he falls to his knees, and then to the ground.
► A man opens a door and is hacked to death by someone using a hatchet (blood spurts, and we hear crunching); we later see the severed heads of the man and a woman lying on a road, while their bodies are in the front seats of a blood-streaked car.
► A man is struck by someone with a hatchet, we see the man with a bloody face leaning against a wall, gas is released into the room and an explosion blows up the building (we see the man's badly charred remains later).
► People shoot back and forth at each other in a village, and several people are struck (blood spurts).
► A man is shot in the chest, and a man shoots himself in the foot (we see a bloody bit of flesh that could be a toe). A man is shot in the stomach (we see blood on his shirt). A man is shot in the leg with an air rifle (the man yells).
► Two men fight with punches and shoving: one pushes his thumbs in the other's eyes (we hear squishing), one man is knocked unconscious, and one man trips on a toy truck and is impaled through the chin on a model church steeple (we see the blood-covered steeple sticking out of his mouth and he says "this really hurts"). A man is stabbed through the hand (we see the blade push through the hand, blood spurts, we hear squishing, and the man screams).
► Many people with weapons (hatchets, metal pipes, etc.) threaten a man, he runs, and he stumbles and falls into a hole in the ground where he finds many dead bodies (some are decayed and others seem fresh with bloody wounds).
► An officer shoots his gun at an armed man and we hear that the man was killed. There is a shootout in a pub ending with a large trap falling on a man's head (he is not killed). Police shoot at two men who are throwing butcher knives at them.
► A man is punched hard in the face and a woman is kicked in the face (we see them both with bloody faces). Two people fight, and one is struck and knocked unconscious (one has facial cuts). Two men fight: one is thrown through a window, one is thrown into store display racks, one head-butts the other, and one is knocked unconscious and falls into a freezer. Two men fight with swords (no one is injured).
► Two cars speed on a road, the occupants shoot back and forth at each other, and one car drives through a billboard and over a ridge and flips over (we see one injured passenger with a bloody face).
► Beer kegs roll off a truck and knock a man down, and a woman riding a bike while shooting two guns is knocked down by a car door opening. A woman is struck by a falling flowerpot. A man is struck in the head by a trashcan.
► A police officer chases someone who has just murdered a woman (he does not catch the perpetrator). A police officer chases a young man who has been shoplifting, and he throws a can of paint at him, striking him in the head and knocking him to the ground.
► We see blood streaked walls and overturned items in a crime scene. A building explodes and we see several wounded people covered with rubble.
► A car crashes into a tree (the driver is OK). A large chandelier is shot, it falls from the ceiling and crashes to the floor (no one is harmed).
► A man moves close to a woman and in a threatening tone talks about "bashing your head in." A man talks about another man dying from a fall. A man talks about a man who was arrested for selling drugs to children. A man talks about being beaten up and bullied when he was a child. An insulting term is written on the inside of a man's hat. In a play a man drinks what is supposed to be poison and falls back on a bed and a woman holds a gun to her head and says, "bang." A man quizzes another man about the things that he has done as a police officer: Questions like "Did you shoot anyone?" and "Is it true that there is a spot in a man's head that if you shoot it, it will explode?"
► We see people participating in police training exercises that include a building exploding and riot control. A police officer tries to jump a fence but breaks through it instead.
► We see several drawings being flipped in succession that show a man being shot in the head with red-colored spurts, and his head being blown completely off. It looks like a man pokes a fork in his eye and blood spurts out, when it is actually a ketchup packet.
► We see a man's barn, which is filled with weapons, including ammunition and a sea mine that starts ticking when it is tapped.
► An inebriated man drives his car in reverse backing into a fountain and nearly striking a man standing nearby. Several people throw food at police officers.
► A man urinates on the floor of a pub (we see stream), a man urinates on a toilet seat (we see stream), and we hear that a child has vomited in a grocery store.

SUBSTANCE USE - People drink alcohol and smoke cigarettes in many pub scenes, many underage people drink what looks like alcohol in a pub, a man collapses from drinking too much alcohol, and a man and a woman drink champagne.

MESSAGE - Things are not always as simple as they seem. 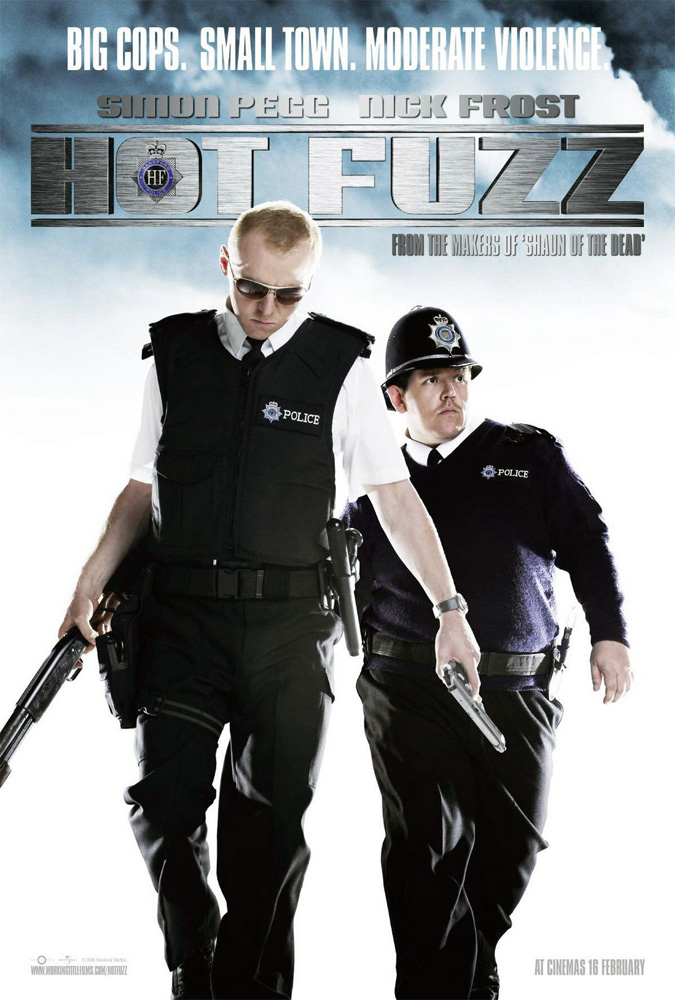