Sequel to the story of murder and torture for sale in Eastern Europe: Three young women traveling in Europe hope for some fun and frivolity but end up as the subjects of rich people who pay to murder them in very brutal ways. With Lauren German, Heather Matarazzo, Bijou Phillips, Roger Bart and Richard Burgi. Directed by Eli Roth. [1:34]

SEX/NUDITY 8 - We see a man's genitals during a torture scene, and they are later severed and tossed to a dog, which eats them (they are clearly discernible). We see a fully nude male model posing for an art class (his bare chest, buttocks and genitals are visible).
► A man reclined on a bed and bare-chested is having oral sex performed on him by a woman wearing a thong (we see her bare buttocks): her head is bobbing up and down while we hear slurping, and they are then interrupted.
► A nude woman is tortured (we see her bare breasts and buttocks) while another nude woman (we see her bare breasts, abdomen and legs) lies beneath her in a bathtub; the woman in the tub is drenched with blood, seems to be getting sexually aroused, and massages her nude body with the blood. We see a female model drop her robe and reveal her bare breasts (presumably the rest of her is exposed as well, but not onscreen). We see a photograph of a bare buttock with a tattoo.
► A tortured woman wears a corset and stockings. Several women wear low-cut dresses and short skirts that reveal cleavage, bare shoulders, and bare thighs in several scenes. Two men wearing robes enter a room where scantily clad women dance seductively (the outfits reveal cleavage and bare buttocks), and one woman grabs one man by the hand.
► A man tells a woman, whom he plans to torture, to get on the floor; she does, he climbs on top of her, he reaches down to open his pants and the sexual aspect of this scene ends (please see the Violence/Gore category for more details).
► A woman in a swimming pool caresses another woman's shoulders, kisses her back and then swims away. A man massages a woman's back and shoulders in a swimming pool (we see her bikini top and cleavage and bare shoulders and his bare chest).
► A woman goes to a man's hotel room and her friend refuses to let her go inside (later the woman says that she really wanted to have sex with the man).
► A man and a woman are shown sleeping in bed together (nothing sexual is implied). A man and a woman kiss. A man kisses a woman on the forehead (she is hanging upside down and is gagged).
► A woman practices dancing with suggestive moves and gestures in front of a mirror. Men and women dance together at a festival; one couple kisses and hugs.
► A man talks about another man bringing back a sexually transmitted disease from a foreign country. A woman talks in crude terms about another woman whom she thinks probably had sex with a man the previous night. A woman tells a man that she will get to "hear them having sex later," talking about another man and woman.

SUBSTANCE USE - A man snorts cocaine, and a woman asks a man if he has any drugs (she does not end up getting any). Three women drink shots of vodka, people are shown drinking alcohol in a bar scene, three men carry open beer bottles (they appear drunk but we do not see them drink), people are shown drinking alcohol at a festival, a man drinks a beer, a drink is spilled on a man's pant leg, and we see a bottle of Absinthe being unpacked. A woman smokes a cigarette in several scenes, and several men smoke cigarettes in several scenes.

MESSAGE - Some people have way too much money. Humans are capable of unspeakable things, and human depravity knows no limits. 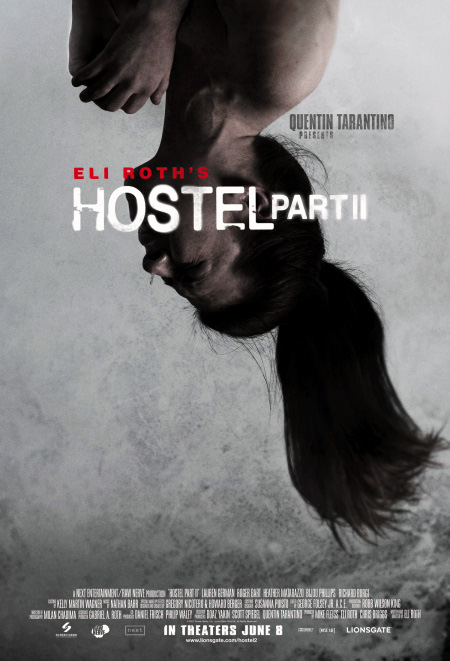