Two law enforcement officers (Sandra Bullock and Melissa McCarthy) with seemingly incompatible personalities team up for a special assignment. They must capture a notorious Russian drug lord (Bill Burr) and have to learn to get along in order to accomplish the mission. Also with Dan Bakkedahl, Michael Rapaport, Damian Bichir, Marlon Wayans, Spoken Reasons and Michael McDonald. Directed by Paul Feig. [1:57]

SEX/NUDITY 6 - In a club washroom a woman cuts off another woman's trousers to make shorts and sees that she is wearing Spanx (she looks incredulous), then asks what they hold in, what is going to come popping out, and whether her hand will be sucked up in there somehow; the second woman dismisses her comments with a wave and we see her dancing while wearing her new short-shorts that reveal bare thighs and legs, and her modified blouse that shows her bare midriff and cleavage; later the woman opens her blouse and we see a bra and a more cleavage and a man tells her that her shorts make him "fill" his shorts and he unbuttons his shirt to reveal chest hair.
► In several scenes, one woman wears a thin, tight, scoop-necked top that reveals a large part of her ample breasts that bounce as she walks. A man in a dance club tells a woman that club girls wear too much makeup and look like gremlins while women around them are shown wearing very short skirts that reveal most of their bare legs and their blouses reveal cleavage; three women dance close while rubbing one another's arms and shoulders and we see a woman dancing with the man, rubbing his hair and pulling his face down into her bosom. An elderly man dances with his head pushed into a woman's bosom and two other women dance in the same posture in a restaurant. A woman tells another woman that her breasts are too big and in her space, pushing the second woman away; later, the second woman pokes the first woman's breasts with forks in a bar for a joke and the next day suddenly arranges the first woman's breasts in her blouse to look better before a male friend walks up to talk to them.
► A female police officer stops a man bargaining on a street corner with six prostitutes wearing tiny shorts that cover only hips and the crotch area with bikini tops that reveal cleavage and midriffs; the officer says that the man has no right to tell his wife after the 5th child that her vagina is too messy and that he has a right to use prostitutes, and then calls his wife and tells her about the arrest before telling the man that she hopes the wife burns his penis.
► A man makes thrusting motions with his pelvis and yells the F-word at a woman whose car he is stealing. A man mentions breasts and holds his hands out. A woman finds a neutral-colored condom stuffed into an emergency fire switch that falls apart in a club and hastily puts the switch back together.
► A woman tells a man to go ahead and gamble with the safety of his scrotum and testicles and moves her hand in a gesture of dice throwing from the groin that emulates masturbation as well. Meeting a friend's family for the first time, a woman is asked if she is a boy or a girl, if she had sex-reassignment surgery and how she shaves her face so close; she assures people that she is a woman. A woman calls an albino police officer "chalk-balls" and says his wife may be a 5-pound bag of flour with a hole in it. A woman says a friend's sweat pants have "insert here" on the buttocks part. A woman tells a man to ask her female police partner out, because the partner has broken Christmas lights in her vagina (the man does not respond). A woman tells another woman that she is too masculine and is a turn-off (using crude terms). One woman says that another woman sat on an old man's lap and stuck her tongue down his throat and the second woman says she does not remember the event. A woman tells a coworker that she has a lot of men that she does not want to see any more; she sees one of them in a restaurant, kisses him passionately, and tells him to go away. A man misunderstands the word prohibition for prostitution. A man tells a woman that females should shave their legs, but we see no hair on her legs. A woman tells a man that she does not want to date coworkers and he smiles and says he does not want to do that as well; he asks her on a date later, but she does not answer.

SUBSTANCE USE - A man smokes a marijuana cigarette and drops the butt on the ground, law enforcement officers search for a cocaine distributor and chase suspects for questioning, a crook asks how long a marijuana cigarette and small bag of cocaine have been illegal to possess and a police officer replies "Always," two police officers pull plastic-wrapped packs of marijuana and cocaine out of refrigerators as well as wall storage areas and coffee tables before arresting the occupants of the homes, we hear that cocaine is packed in boxed baby food on a table in a warehouse (we don't see the drugs), and we hear that a shipment of cocaine is hidden on a party yacht but police find only one marijuana cigarette in a purse. A dim neighborhood tavern has a short bar and a back bar with a few bottles of liquor, several bar scenes include men and women drinking cocktails and beer from bottles at tables near the bar, one long scene features two women drinking triple shots of liquor as well as glasses and bottles of beer, two women have a shot-drinking contest in which they spill some drinks and spray liquor out of their noses in laughter, two women tape their noses to their foreheads with scotch tape to look like pigs and oink as they become drunk and slur their words while laughing during a drinking contest, a large bar sits in the center of the floor of a dance club and we see bottles of liquor stacked in tiers on the counter while hundreds of men and women dance with cocktails in their hands and some people drink from them, a woman pretends to be drunk and stumbles then spills her drink on a man, men and women drink beer from plastic cups on a party yacht, and men and a woman play poker while drinking from beer bottles. We hear that a woman smoked a lot of cigarettes one night when she was drunk.

MESSAGE - Coworkers from diverse backgrounds can learn to cooperate. 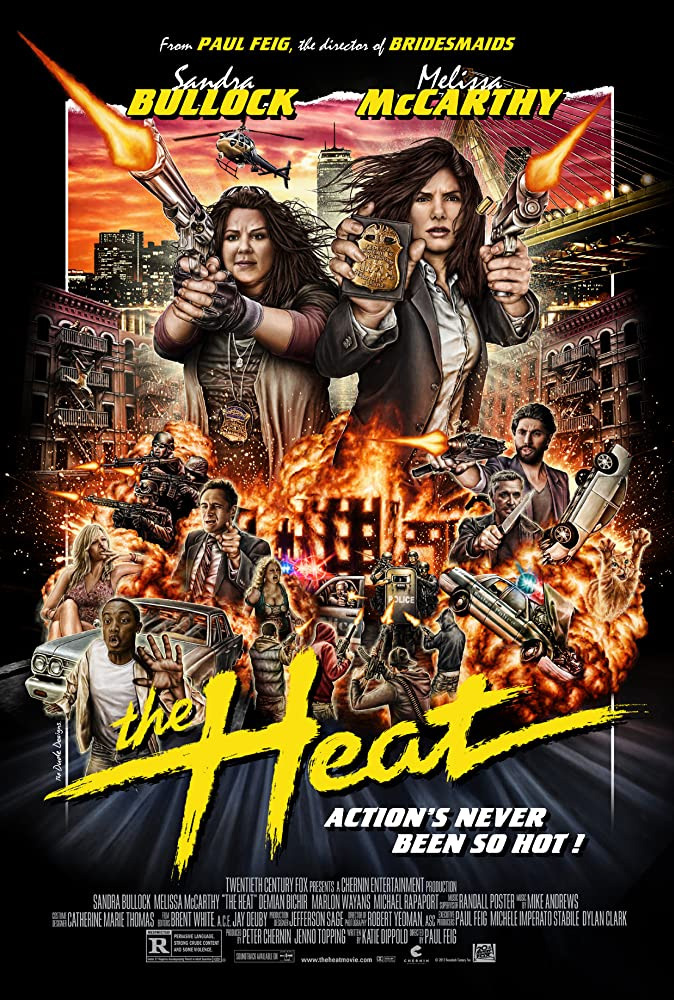