After spending the evening together smoking pot and becoming quite high, Harold (John Cho), a meek financial analyst who's always pushed around by his co-workers, and Kumar (Kal Penn), who's brilliant but refuses to go to medical school as his father wishes, find themselves craving White Castle hamburgers. Their adventure begins when the first restaurant they go to is closed, and they determine to find another one. They end up driving along country roads, picking up a hitchhiker who happens to be famous, being picked up themselves by a creepy tow-truck operator, and they search for more pot. Also with Neil Patrick Harris, Ethan Embry and Steve Braun. Directed by Danny Leiner. [1:27]

SEX/NUDITY 7 - A woman opens her top revealing her bare breasts and invites a man to touch her, another man (the woman's husband) enters the room, removes his clothes (we see him in his jockey shorts) and asks if they should all have sex together. A man tells two men that they can have sex with his wife. A woman asks two men if they are going to have sex with her, then describes how the sex should be. A man and a woman kiss passionately and caress each other. A man and a woman kiss and she licks his face (in a dream). A woman wearing only a thong (revealing bare breasts and buttocks) leans over and a man snorts cocaine off her buttock. An anatomical shape is depicted in crop circles. A man licks another man's face to wake him up. A man rubs himself against a car seat and we hear later that he made a mess on the upholstery. A man imagines having sex with a large bag of marijuana (it is animated and is acting as the man's wife). A man touches a man's hand and looks at him suggestively. A man in his jockey underwear is grabbed on the buttock by another man. A man stands nude in front of a mirror (we see him from the back including bare buttocks) and he says he is trimming his pubic hair. A man talks about wanting to go to a strip club for a lap dance. A man tells another man that two women are waiting to have sex with them in their room. A man dances bare-chested on a table at a party. Two men talk about wanting to have sex with women in several scenes, and two men talk about two other men being gay. Two men urinate in woods, and one remarks about the other's pubic hair. A man describes his ample endowment. A man makes a sexual gesture with his hand and tongue, and a man makes another sexual gesture with his hand. Three women wear low-cut tops and short skirts that reveal cleavage and bare thighs. A woman wears a low-cut dress that reveals cleavage and bare shoulders, and a woman wears a short top that reveals her bare abdomen.

VIOLENCE/GORE 6 - A man is shown on a stretcher in a hospital emergency room with a blood-covered chest, bloody holes, blood spurts in the air, and another man pulls the bullets out of the man's chest. Two men are beaten by a group of men with baseball bats (we see the two victims later bandaged and bruised). Many police officers shove a man against a wall and hold him with nightsticks across the neck and back. A cheetah snarls, bares its teeth at two men, and bites at the jacket of one man (he panics). A raccoon jumps on a man's lap, it bites the man's neck, it spits what looks like blood, the man throws the raccoon out the window of a moving car, and then we see two tooth marks on his neck. A man falls off a cheetah's back as it runs through woods and is knocked unconscious. Two men lose control of their car, they drive off the road and down a hill, and their tire blows. A man in a car speeds away from a police car chasing him, he drives through woods and nearly over a sheer cliff. Two men hang-glide off a cliff and crash into a tree. A man punches a man in the face. A man grabs a man by the throat and squeezes. A man throws something and hits another man in the head. A group of men harasses two men by calling them names, insulting them and threatening them in many scenes. A man spills hot coffee in his lap and yells in pain. A group of men vandalizes a convenience store by riding a kayak along the store's shelves and crashing it into the counter. A man has boils covering his face and neck, one boil throbs and oozes green pus, and the man's ear is filled with crust and goo. A man has a bloody scratch on his forehead for much of the movie. A young man smokes marijuana on a TV show, then he puts a gun to his head, the screen goes black and we hear a shot. A man imagines hitting a large bag of marijuana in the "face" (it is animated and is acting as the man's wife). A young man slaps a man's hand hard twice, and a man squeezes another man's hand. A man yells and throws things around in a hamburger shop threatening to burn it down. A man yells at a man in a few scenes. Two men are chased by a security guard through a college dorm. A man falls out of an air vent and crashes onto a table. A man yells in frustration. Dogs bark violently at two men. Two women use toilets and we hear repeated flatulence noises and splashes. A man talks about having put semen in a sauce at a restaurant. A man urinates in the woods (we hear a trickle), and then another man urinates on the same bush and they argue. A man has some goo dripping from his nose.

MESSAGE - Pot smoking is a normal activity. It's OK to do what makes you happy instead of what other people want you to do. 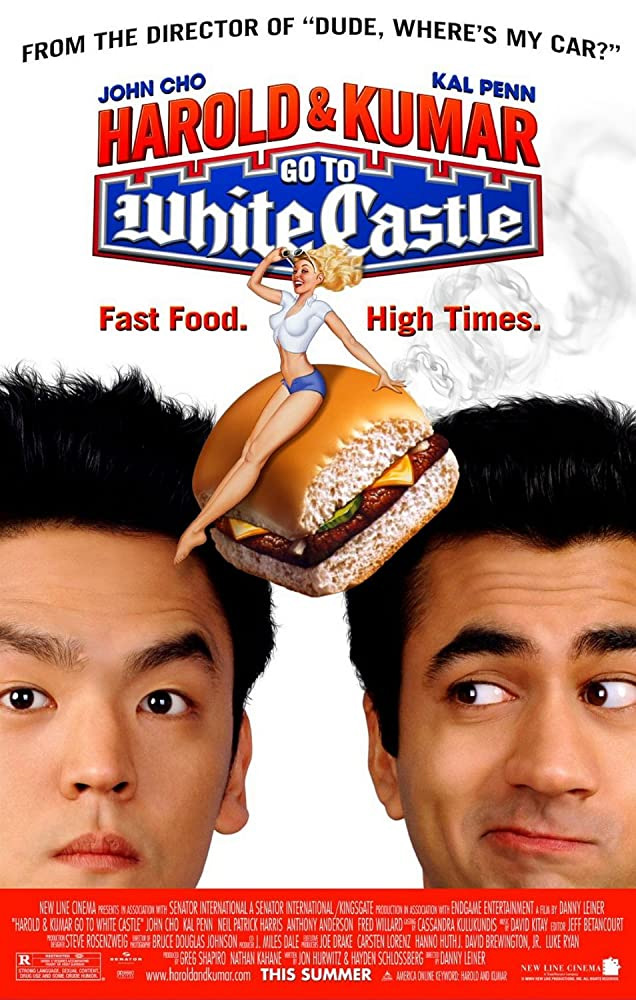