Based on the eponymous 1960s television series, Maxwell Smart, a.k.a. Agent 86 (Steve Carell) is back with his sexy, skilled partner, Agent 99 (Anne Hathaway), to help CONTROL protect the world from the evil scheming of the criminal organization KAOS. Also with Dwayne Johnson, Alan Arkin, Terence Stamp, Bill Murray and James Caan. Directed by Peter Segal. [1:50]

SEX/NUDITY 4 - A man appears to be thrusting toward another man from behind (Implying that they are having sex), and another man walking by a window sees this and looks on with interest.
► A woman reaches into a man's pocket to get something and he begins to giggle and say that what she is handling is not the item she was looking for (implying she was touching his private parts). A man falls on top of a woman accidentally, his hand lands on her breast and he is reluctant to move it.
► A man and a woman dance very seductively. A man and a woman flirt with each other. A woman catches a man's "wave hello" and pantomimes putting it down her low-cut blouse. A woman moves seductively through a maze while a man watches.
► A couple is shown kissing in a park. A man kisses another man (as a distraction while fighting).
► We see a man's bare buttocks after his pants are ripped,. There are several nude female statues seen. A woman undresses and redresses a man while he's unconscious and when he notices he is wearing boxers instead of his usual briefs, she smiles at him mysteriously. A woman rips her dress into a shorter dress in order to be able to get through a maze of laser beams (her legs are exposed). A woman is shown in a robe, she turns around and we briefly see her underwear. Two women wear low-cut shirts and tight dresses that reveal cleavage. A woman wears a low-cut blouse that reveals cleavage. A woman wears a low-cut dress with a high split (most of one leg including her thigh is exposed). Several women at a party wear low-cut dresses showing cleavage.
► A woman asks a man if he was staring at her bottom, and he admits he was. A woman talks about how she has a boyfriend but could make an exception for another man (alluding to having sex). A woman talks about how a man is a really good kisser. A man talks about how he feels sexually threatened. A man talks about a woman using her breasts to gather information from the enemy. A man talks about "whipping it out" and "exposing himself" (he is not talking about sex, but others around him think he is). A man talks about an older woman's fertility, saying her eggs may dry up and fall out of her uterus. A woman talks about her dusty old uterus. A man tells another man that he shouldn't worry about the break-up of his marriage and subsequent custody hearing because his children don't look like him. A man talks about "squeezing the lemon" (meaning going to use the restroom).

VIOLENCE/GORE 5 - A man shoots another man in the chest (we see the bullet hole). A man shoots another man (there is no blood shown) and we later hear several gunshots. A man shoots another man and it is implied that he is dead. There is a shoot-out scene in which 2 people are killed.
► Three men are killed with poisonous darts, another man is struck in the leg with one, howls in pain and he wanders out into the street where he is struck by a bus. A man is thrown out of a car and falls over a bridge into the water below -- we do not know if he is dead or alive.
► A man breaks another man's arm (we hear the arm break and the man scream in pain). A man hits another man with a fire extinguisher knocking him out, and we see the man later with a large bruise. A man staples paper to another man's head, and he screams in pain. A man staples a piece of paper to another man's face, and he cries out in pain. A man gets shocked by an electric fence, and he is jolted but unhurt.
► A group of men fight: we see punches and kicks thrown but no one is seriously hurt. A man and a woman get into a fight with several men, the men are shown being hurt and yelling in pain but we don't see any blood.
► A man attempts to assassinate another man, and a man attempts to kill another man. A group of men plays paintball and strike each other repeatedly -- one man is struck in the genitals, and he grimaces and moans.
► A man threatens to kill another man's wife. A man threatens to make pudding from people's bones. A man holds a gun to a woman's head and kidnaps her.
► A man falls through a roof, hits a pig, another man holds a gun on him, and he throws a pig at him (it is unclear whether either the pig or the man is hurt, but we hear the pig squeal). A man is dropped from a plane without a parachute (he is rescued by another diver with a chute). A man uses a large knife to cut another person's parachute. A woman puts a gun to a man's head. A man strikes a woman, and she continues to fight him although she is hurt. A man tackles another man and they fight. A man is struck and kicked in the stomach. A man kicks another man in the face, and a man hits another man in the face. A man and woman run into each other, knocking each other down. A man pushes another man. A woman holds a gun on a man and then puts a gun down his pants. A woman punches a man and then slaps him (he appears unhurt). A man hits two people with a door (one person is knocked unconscious).
► A man accidentally inhales a poison dart (he is knocked unconscious). A man shoots himself with darts in the ear, cheek, neck and foot. A woman shows poison pills to a man, which he can use to commit suicide. Lasers burn a man -- he is unhurt but his clothes are ripped. A man dangles from an airplane. A man runs into a wall.
► A man in a car is struck by a train and he is assumed dead. A car crashes through several buildings and hits several cars and a man is almost impaled. A car on fire is driven through streets. We see a close-up of a bullet flying through the air, it strikes a man and we see that it is a paintball bullet. A man breaks a phone in half.
► A man talks about how he is trained to kill. A man talks about poop.
► One scene shows several guards holding guns. A man is shown with a large gun guarding a dock.
► A man is shown throwing up into an airplane bag, vomit is all over his mouth and it spills out of the vomit bag. A man starts and stops urinating for an extended period of time while he tries to overhear a conversation (we hear the urine trickle each time he starts and stops).
► A city is under threat of a nuclear bomb. A building explodes in flames (there is no mention of people being inside).

SUBSTANCE USE - People are shown drinking alcohol. A man is shown smoking a cigarette.

MESSAGE - The good guys always triumph over the bad as long as they stay true to what they believe in. 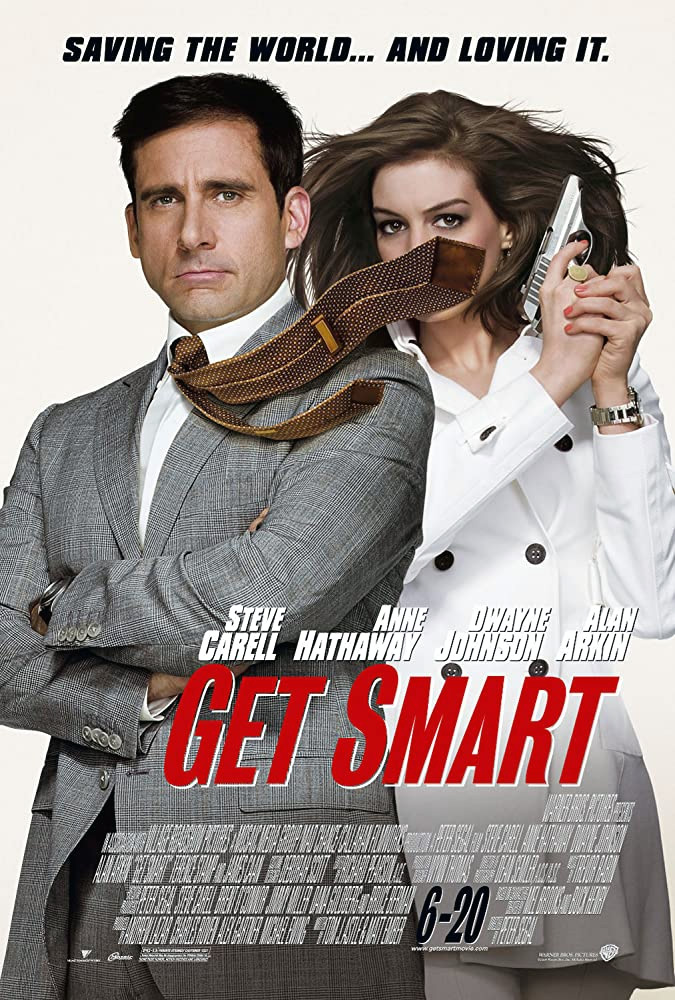