Based on true events from the 1930s, a man (Robert Duvall) has exiled himself for 40 years to the backwoods of a rural state for penance over something from his past. Rumors about having been involved in mass killings make him a pariah, but the community is really shocked when he rides into town and orders a funeral party while he's still alive. The funeral director (Bill Murray) jumps at the chance for new business. Also with Gerald McRaney, Bill Cobbs and Scott Cooper. Directed by Aaron Schneider. [1:42]

SEX/NUDITY 2 - A woman breastfeeds her baby with her back to the camera (we see the straps of her slip, her bare arms, shoulders and back) and her husband complains that he wants that kind of attention (they both laugh).
► An elderly man tells another man that he and a local widow once "had a go," implying sex. A woman argues with a man about whether he loved her or her deceased sister years ago, and whether he was using her to get to her sister; she cries and shouts at him when he admits that he loved the sister. A man tells a crowd that he was in love with a married woman who was in love with him.

VIOLENCE/GORE 4 - An elderly man stands in front of his cart and mule in a street, while a younger man on a sidewalk throws stones at him and tells him to stay away from the women and children of the town because he is in league with the devil; one stone hits the mule, which rears and whinnies and the man beats the young man on the head with a rifle butt and rides away.
► A two-story house is shown ablaze, with flames through windows, doors and the roof; a figure comes out of an upper story window, head and back ablaze and runs toward the camera (he does not appear to be on fire as the scene ends); this scene appears in flashbacks three times and in a dream scene (a close-up of fiery windows appears and we hear a female scream).
► An elderly man with a rifle fires twice in the air, frightening two boys near his barn; one boy vomits onto the ground in close up (we see goo) and both boys run into the woods as the man fires the gun into the air again. A man looks into the window of an old house and an older man shoots through the window from behind, scaring the first man, who jumps away. A man carrying a rifle enters an office and the person in the office pulls a pistol and points it at the doorway (they both lower their weapons when they recognize each other).
► A man locks a large sum of cash into a casket; we see shadows and hear strange creaking noises and the scene cuts to the man's boss arriving to find the office trashed and the first man sitting with his head in his hands, having been hit on the head (we see no blood or wound).
► A deceased woman wearing a long white gown appears several times, in dreams and in a vision, walking or standing in the woods; we see her portrait in two homes and hear that she died in a tragic way. We hear about a woman having been beaten with a hammer: there are descriptions of a man having been covered with blood, and of the hammer covered with blood and hair, and the house the woman was in was set on fire. A man nails up a sign in his driveway that reads, "NO DAMN TRESPASSING, BEWARE OF MULE." A pastor drives to an elderly man's house and tells him that a community member has died; the man asks what "got him" and the pastor replies, "Old age." A man says that people in Chicago know how to die, by drowning, being run over, and being shot; but in a small town, not many die.
► An elderly man argues with two pastors and a funeral director several times about whether he can hold a funeral while he is still alive and whether they will participate in it. A woman argues with her husband's visiting boss about overworking him. A man and a woman argue about whether he loved her or her sister, she tells him to go to hell and he falls to the floor; we then see the man on the couch with the woman listening to his chest with a stethoscope. A man tells two other men that his parents died in a horrible car wreck when he was a child and the funeral director made them look attractive in their coffins, which was comforting.
► A man stands over a grave in a graveyard and looks at a rose and letters that are spread across the grave; one letter is burned around the edges and he visits the grave twice again, once at night, cryptically saying he has done nothing that requires forgiveness. We see two small graveyards several times (one for people and one for dogs) during the day and at night; in a daytime scene, we see a large open grave. In a small graveyard at an open grave, we see a brief funeral ceremony and a woman tosses a photo and a handful of dirt on top of the coffin. A man builds a wooden coffin for himself.
► A major portion of the film centers on the preparations for a funeral: We see caskets in a show room, hear telephone and in-person conversation about funeral arrangements, and see interior rooms of the funeral parlor at night in candlelight with many shadows; no corpses are shown, but we hear that a woman's husband and a man's girlfriend died.
► A woman finds the photo of her dead sister in a male friend's house, becomes angry, cries and runs out.
► An elderly man experiences chest pains and shortness of breath in three scenes and sits down until he feels better. In two other scenes, we see two older men and an older woman walking slowly with a cane.

SUBSTANCE USE - A man pulls up a clump of valerian in the woods and gives it to a woman with instructions that it will help her to sleep better. A funeral director hides a flask of alcohol in a drawer and we see him pour from it on a few occasions and drink (once with another person), a man makes home brewed moonshine and tastes it twice, a man pours a glass of moonshine for himself and a woman (neither drinks), and drinks sit around a poker table (no one drinks). A man holds an unlit cigarette in his mouth in one scene, and smokes a cigarette in three scenes.

MESSAGE - Secrets grow larger and larger, until they are told. 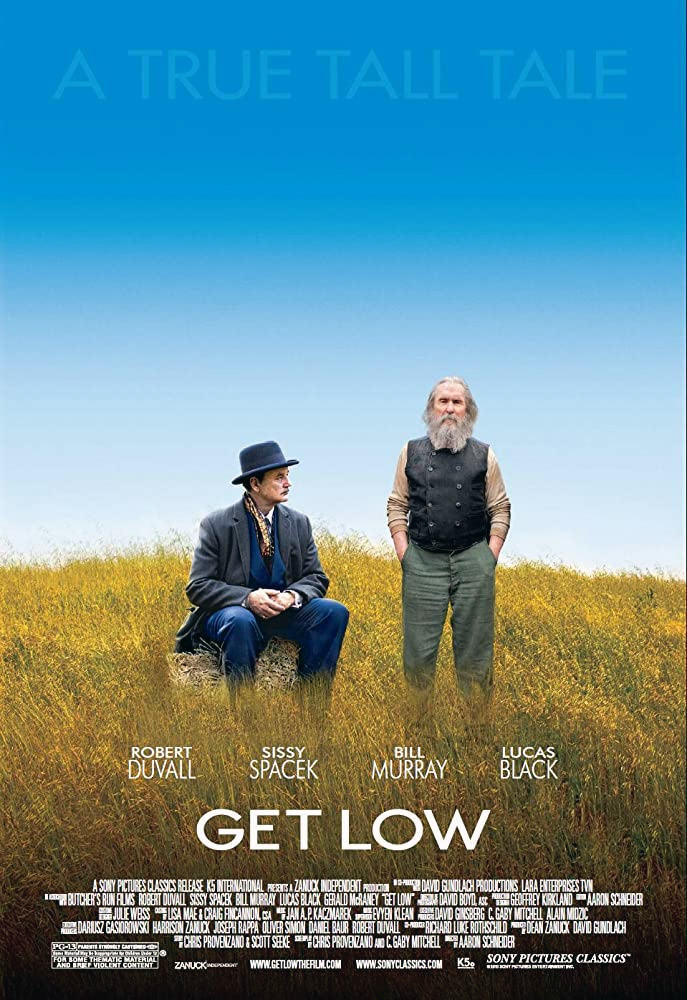