An ambitious government employee (Jonathan Rhys Meyers) working in Paris dreams of becoming a Secret Service agent and thinks he has finally gotten a promotion when he is assigned to accompany his new partner (John Travolta) and help with his mission. While the mission is unclear at the start, they slowly uncover a terrorist plot that may get them both killed. Also with Kasia Smutniak, Richard Durden and Eric Godon. Directed by Pierre Morel. [1:35]

SEX/NUDITY 6 - A man kisses the neck of a prostitute, they enter an elevator and continue to kiss; he takes her into a room and we hear moaning, rhythmic pounding against a wall, we see items on shelves shaking, and the man opens the door and exits the room as he zips up his fly.
► A man and a woman kiss, she pushes him into an armchair, turns the chair away from her, undresses and puts on a strapless dress (we see her in bra and panties from the back, and see her bare back, shoulders and cleavage).
► A man and a woman kiss, she removes his shirt (we see his bare shoulders and upper chest), they continue to kiss and walk off-screen (sex is implied). A man and a woman kiss and hug in several scenes. A woman kisses the back of a man's neck while he is on the phone. While kissing a woman a man asks "how about if we skip dinner and go straight to dessert?" A woman kisses a man's hand.
► A man asks another man for women with large breasts (in French) for his friend and the three walk together into an apartment; one man kicks in the door of an adjoining room and finds a man seated with a woman kneeling in front of him and with her head at his crotch (oral sex is implied). Although it is not clearly seen, a man does a magic trick where something rises up from under the napkin in his lap and he reveals it to be a table knife.
► A man asks if another man knows which secretaries a French man was having sex with (using crude terms) and the man replies, "Both," to which the first man remarks "I love the French." A man tells another man that he should make arrangements for a man to have sex (using crude terms).
► Two women wear low-cut dresses that reveal cleavage. We see male mannequins with bare chests and buttocks and a bulge at the crotch. We see female mannequins with bare breasts (and nipples), bare buttocks, abdomen and legs.

VIOLENCE/GORE 8 - A man shoots a woman in the head (blood splatters and sprays). A man is shot in the shoulder (we see blood on his sleeve and a pool on the floor). There is a gunfight in a restaurant where one man fights with several others and many men are shot and killed (blood spurts and sprays and we see bloody bullet wounds). During a gunfight in a mannequin factory, several men are shot (blood spurts and splatters and we see bloody wounds) and many mannequins are struck and disintegrate. A man hanging from a cable swings through an apartment window and opens fire on the people inside (we see several men shot and bloody bullet holes on their chests and heads).
► A man follows another man up a flight of stairs, we hear gunshots from above and several bodies, one at a time, fall over the railing and down to the lobby (we see them slam into the railing and then hit the floor); a few of the victims land on the staircase in front of the man and he walks around them (we see blood on their faces). A man uses another man's gun, forcing the muzzle into his own mouth and pulling the trigger (we see blood splatter out of the back of his head, onto the wall behind him and on the other man's face).
► A street gang approaches two men in an alley, one man fights and incapacitates or kills every one with punches, kicks and blows that incorporate weapons they were carrying (one is stabbed in the throat with a knife and we see a bit of blood). Two men force their way into a room, they knock a man down, punch and kick him repeatedly, and another man shoots the two men and we see the beating victim with a bloody bruise on his forehead. A man punches another man several times in the head and face (we see blood on his face and nose).
► A man drops a vest that has been filled with explosives out of a window and onto the roof of a car with three men and the car explodes (we see the arm and hand of one of the men in the car in flames). A suicide bomber opens her gown and reveals an explosive vest; she reaches for the detonator and is shot in the head (we see bloody bullet hole and a trickle of blood seeps from the hole). Several police officers break down a door and since it had been wired with explosives, it blows up and they are thrown (we do not see the aftermath).
► A man presses the muzzle of a gun into another man's temple (we hear a sizzle and see a red mark from the hot metal). A man slams another man's head onto a table and holds a gun to his temple. A man steals a gun from another man and holds it on a woman while several other men hold guns on him. Several men are held at gunpoint. A man takes a gun from another man and twits his arm.
► A man drives recklessly through traffic, chasing another car, several cars crash, others swerve and veer off the road, and one car drives up a hill and onto a bridge where a man uses a rocket launcher to shoot the car -- it explodes and it is thrown into the air. A man slams a car into several other parked cars causing one of them to explode.
► As a man walks up a flight of stairs, the lights turn off, and when he turns them on, he sees a trail of blood, which he follows into his apartment; he picks up a broom and walks through the apartment tentatively (it's not blood but sauce). Two men are chased by several other men down a flight of stairs. A man chases a woman along rooftops and down to street level, where she disappears in a speeding car.
► A man yells at another man. Two men yell at each other in several scenes. A woman confronts a man about what he was doing in an elevator with another woman she identified as a hooker. A man talks about being the only kid from his neighborhood that survived. A man makes insulting remarks about Pakistanis.
► A man shoots a gun into the ceiling of a restaurant and cocaine pours through the holes (another man collects some of the powder in a vase and leaves with it). A man talks about a woman having overdosed on cocaine. A man snorts cocaine and begins to show the effects of the drug (being nervous and anxious).
► We hear a man urinating in a rest room and we hear a flush.

SUBSTANCE USE - Two men snort cocaine in a public place with many people standing around them, a man talks about a woman having overdosed on cocaine, and a man shoots a gun into the ceiling of a restaurant and cocaine pours through the holes (another man collects some of the powder in a vase and leaves with it). A man drinks from a glass of wine, a man holds a glass of wine, and four people drink wine. A man smokes.

MESSAGE - Sometimes it's hard to tell whom to trust. 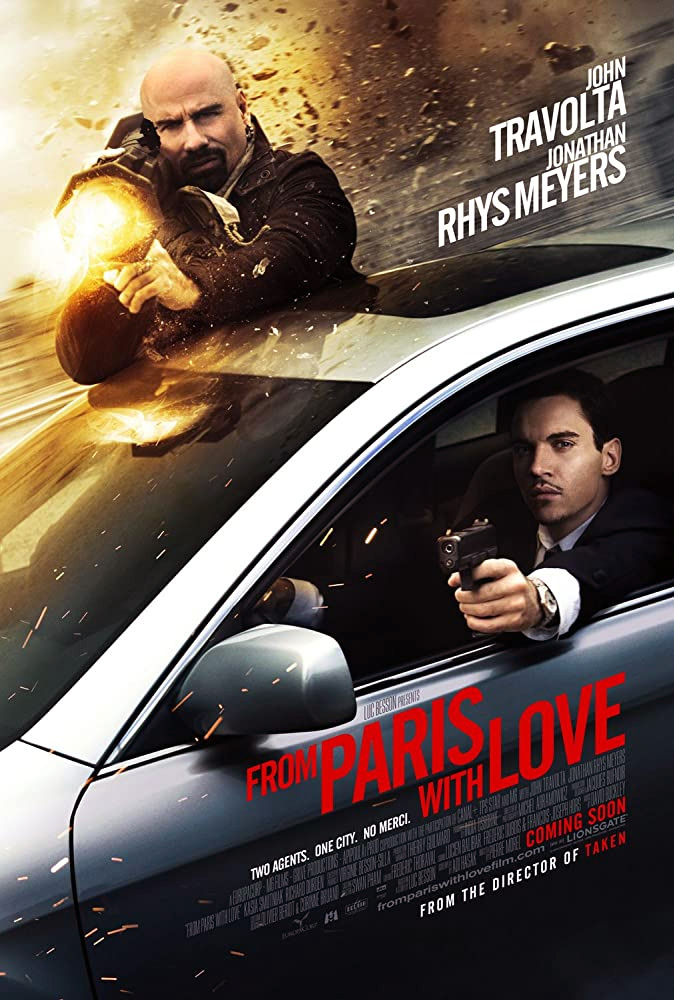