Matthew McConaughey and Kate Hudson star as a divorced couple, who come together to search for a huge treasure with the help of a wealthy yachtsman (Donald Sutherland) and his daughter (Alexis Dziena). They are chased by other treasure hunters and a gangster rapper and his entourage. Directed by Andy Tennant. [1:48]

SEX/NUDITY 5 - Two young women wear skimpy bikinis, and one pulls off her top revealing her breasts and torso down to the bikini line for a few seconds.
► A young woman is shown in skimpy bikinis with string-type bottoms and crocheted tops or tube tops. Several scenes present women in skimpy bikinis or halter tops and backless dresses. Several beach and boating scenes show bare-chested young men. A woman wears a backless red dress with a plunging neckline (little cleavage is revealed); another woman is shown from the waist down, sitting in short shorts.
► In a brief scene in a library there's a flash of blond hair and a flash of a bare foot, and we hear moaning, implying sex -- a large open dictionary in the foreground mostly covers the screen.
► A young woman jumps into a man's arms and kisses him, and they fall into furniture and to the floor (the scene cuts away and it is implied that they had sex when the woman talks about how many sins they have committed).
► A man and his ex-wife kiss twice briefly.
► A woman's attorney tells her, "You married him for the sex" and later the woman says, "The sex was really, really good." At a dinner table, a man asks if he may have a prostitute instead of a cigar. A scavenger ship is painted with the name "Booty Call's." A man tells a woman that he thought consumption meant "to die while having sex; consummation." A gay couple states that a young man shows raw sexuality.
► A sword is thrown onto a yacht where a young woman in a skimpy bikini has fallen, and it lands between her legs, which are spread wide apart; there is a close-up of the sword and someone comments that the sword sticking out was fun to see.

VIOLENCE/GORE 4 - A man holds a gun to a young man's head while another chains his ankles; they try to throw him overboard and a struggle ensues, the gun goes off injuring one man's ear (no blood is shown), and one man is thrown off the boat (he ends up OK).
► A fight scene in a kitchen shows a man holding a sword toward another man, who squirts soap in the attacker's eyes; the first man hits the second in the face with a skillet, a third man hits the first with his fist, and a fourth one also hits the first with a cricket bat (we do not see this, but we hear the hit).
► Three men pull guns on others who also have guns, many shots are fired, but nobody is struck by bullets; one man also fires a spear gun and a spear goes through another man's thigh (no blood is evident).
► In a cemetery, three men draw guns on two people, a large fight ensues, gunshots are fired and shovels are involved, and one person is struck hard in the groin with a shovel (nobody is struck by bullets).
► A man pulls a woman into a seaplane by the hair, they hit each other in the face several times and she passes out. A young woman swings a cane into a young man's face and knocks him down. A man strikes another man in the face and knocks him out. A man jumps on a plane and pulls another man out and into the sea.
► A geyser by the edge of the sea erupts and shows a lot of red, indicating a man below had been smashed and expelled. A large motorboat runs into a smaller motorboat and we see the person from the small boat later having his head swabbed (a little blood is seen). Two sport gauze bandages: one on his left ear and the other on his big toe.
► In the distance we see a ship blow up and there are flames and black smoke (no one is on board as it sinks). Two depth charges explode and water sprays into the air, along with sediment from the bottom of the sea.
► There are several brief arguments between a man and a woman, with raised voices and mild insults.
► A young woman serves three plates of food by throwing them on the table in front of the diners, and the plates break and the food spills.

SUBSTANCE USE - Two dinner scenes show 5 people drinking briefly from large glasses of red wine, two men on a beach briefly drink from bottles of beer, a man and a woman hold drinks, and there are several bar scenes where some people drink. Cigars are offered at a dinner, but no one accepts. 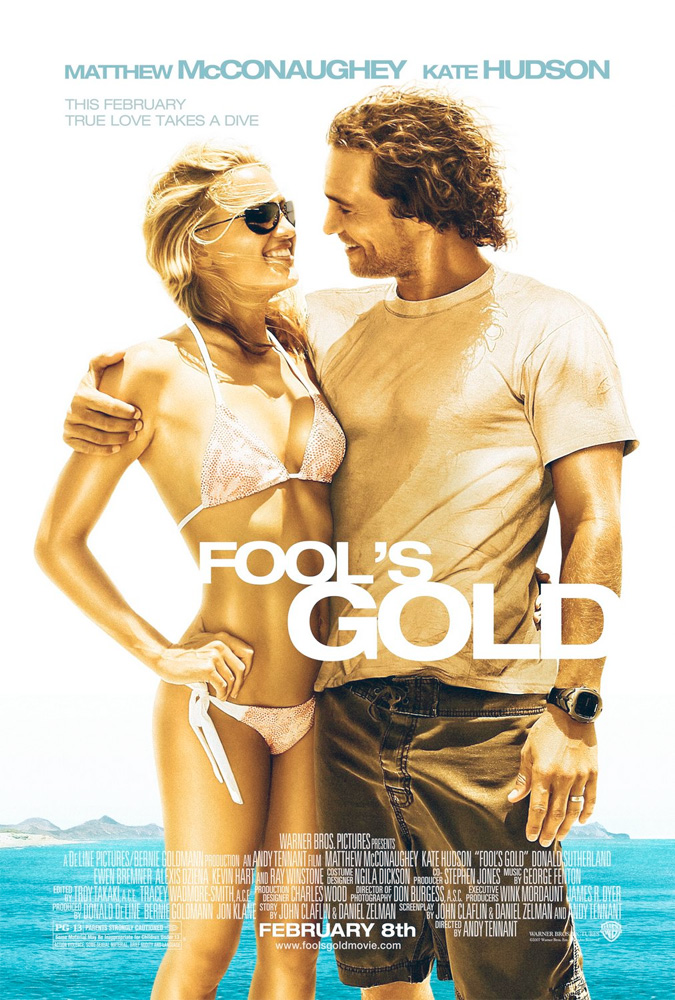