SEX/NUDITY 5 - Sexual innuendo. A few kisses. We see a nude woman from the back; we also see her from the side at a distance and from the front (shadows cover her from the chest down). A woman rips her shirt off and we see the top of her bra.

VIOLENCE/GORE 9 – A lot of alien gore: In a few scenes, we see worm-like things moving underneath faces; and in one scene, we see red tentacles coming out of faces. A man with worm-like things moving underneath his face holds a woman down on a bench; the worms come out of his mouth, go into the woman's ear, and begin moving underneath her face (which is bloody). A girl punches another in the face, then turns into a huge, tentacled creature; the creature grabs the girl and pulls her into a pool (the girl hits her face on the floor and we see lots of blood). A man's fingers are chopped off with a paper cutter, and his fingers begin crawling on the floor and then red tentacles sprout from the stumps. A woman has sores on her face and body, and we see part of her scalp fall off, revealing a bloody skull. A man stabs a woman's hand with a pencil, then pulls the pencil out and looks at it (it's very bloody). A woman flies through a windshield; we see her head moving on tentacles, and her body searching for her head. A woman is stabbed several times with scissors (we see lots of blood). A man tackles a woman, wraps her in a net, then shoots her in the head; bugs crawl out of the bloody bullet hole, she flails around, and then disintegrates. A boy shoves a pencil into the eyeball of a man and a creature and white foam pours from the wound. A creature crawls into a mouse's ear; a boy kills the mouse, opens its belly (we see the bloody hole) and removes the thing. A creature comes out of a woman's mouth. A creature is smashed between bleachers. A decomposed corpse falls on someone. Several scuffles and punch-ups: A boy is violently and repeatedly slammed into a flagpole, a boy is thrown across a room, a woman scratches a man's face with keys, two cars and one of the drivers pulls the other out of her car and throws her on the hood, a woman pushes a man into a shelf and a woman slaps a man. Some shots are fired.

MESSAGE - Stand up for what you know is right, and with a little help from your friends you can conquer even the biggest problems. Several minds are better than one. 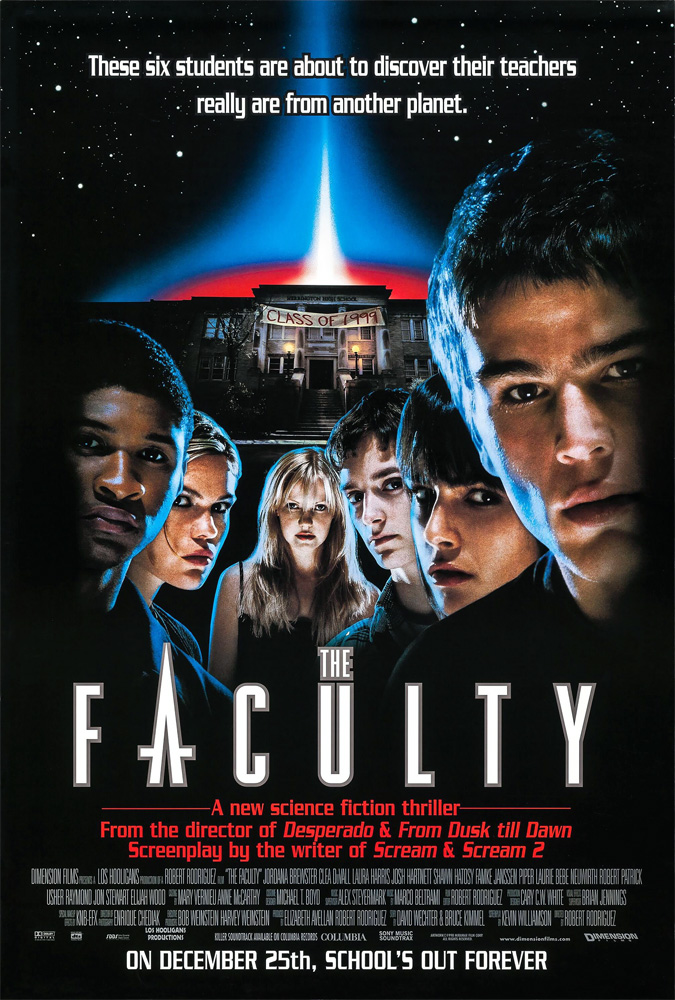