A 40-year-old man (Steve Carell) has never had sex. When his colleagues find out, they make it their mission to get him some sexual experience. But the woman he's dating (Catherine Keener) has agreed on a mutual no-sex policy. Also with Paul Rudd, Romany Malco and Seth Rogen. Directed by Judd Apatow. [1:56]

SEX/NUDITY 8 - A man and a woman kiss, the woman takes off her clothes (we see her in bra and panties), she hits the man with her belt, she takes off his pants (we see him in shirt and boxers), she climbs in a tub of water and uses the shower head to masturbate (she moans and whimpers) while the man watches; he runs out of the bathroom and finds three other man also watching, and one goes into the bathroom, takes off his shirt and walks toward her.
► A man and a woman kiss, we see them in bed covered with sheets to their shoulders, and he lies on top of her to have sex; the act ends abruptly, they lie in bed for a few minutes, and then have sex again for -- as we are told -- over two hours.
► A man watches a pornographic video: we see a woman's bare breasts as she thrusts while on a man; the man watching fast-forwards and we see the man and woman moving very fast. A man is locked in a room where there are many large screen TVs playing a pornographic movie (we see the woman's bare breasts and a man licking them). During a "speed dating" session a woman wears a very low-cut top and while she is talking to a man one of her breasts falls out and she continues to talk, seemingly oblivious.
► A man and a woman kiss, they lie back in a bed, she removes her dress (she is wearing a bra and panties), and the man tries to put on a condom: several condoms pop and he inflates others, as the woman's young teenage daughter walks into the room interrupting them.
► A man and a woman are in bed together, he is in boxer shorts and a T-shirt, and she is in bra and shorts: they kiss, she slides down toward his feet, and begins to suck on his toe (please see the Violence/Gore category for more details). A woman slurps an alcoholic beverage off another woman's bare abdomen.
► Women in bikini tops and tiny shorts dance in a music video while washing a car, and we see their cleavage doused in bubbles. A woman wears a low-cut top that reveals cleavage and the side of one of her breasts and three bare-chested men sing and dance. Women wear dresses and tops that reveal cleavage and, bare abdomens, short-shorts and skirts that reveal bare legs throughout the movie, a young teenage girl wears low-cut tops that reveal cleavage, and a woman wears low-slung pants that reveal the top of her thong underwear when she bends over -- two men ogle her.
► We see two dogs in a park having sex. A man gets up in the morning wearing his boxer shorts and has a visible erection in several scenes. A man urinates in the toilet in a few scenes (we hear trickles) and in one scene because of his erection he urinates on himself. A man looks at a doctor's model of a vagina. A man videotapes his bare buttocks and shows the image on large screen TVs in a store.
► A man and a woman kiss, she grabs his buttocks and squeezes. A man and a woman kiss, she pushes him back on a bed, and they get in an argument. A man and a woman kiss in several scenes, two women kiss each other, and a man kisses a man on the cheek.
► People discuss oral sex, anal sex and sex with animals. A man talks about seeing a live show with a woman having sex with a horse. Several men talk about women's breasts descriptively including details about the size and shape of nipples. A man talks about, and describes, his first sexual experience, another man talks about trying to come up with sexual positions and maneuvers that a woman might not have tried before, and another man describes his sexual relationship with a long-time girlfriend in a very emotional and tender way. A man talks about his long-time girlfriend having performed oral sex on another man. A man gives a large box of pornographic videos to a man and tells him about the contents of several of them.
► A man talks about having sex with a woman in "so many different ways," a woman talks about having developed early and having had sex with her gardener when she was 14 years old (she suggests that she would be willing to help a man out who is having trouble finding someone to have sex with), a man talks about having sex with women other than his significant other, and a woman talks in a suggestive manner to a man.
► Many people gather for a "speed dating" session -- one woman talks about being gay and wanting to try men. A counseling session includes discussions about other methods of physical satisfaction, apart from intercourse. A man talks about not masturbating and another man is shocked. People have many discussions about a man needing to have sex. Two men argue back and forth about being gay and cite stereotypical examples on how one can tell. A man walks past women on the street and in a café and is very aware of their breasts and figures. We see a baby boy's sonogram image and the father insists that he can see the boy's genitals and remarks about the large size.

VIOLENCE/GORE 4 - A man watches "Dawn of the Dead" on a large screen TV and we see one zombie character biting the neck of a man (blood spurts); the man watching screams in horror. Two men play a video game where one character cuts the other in half and blood sprays; in another round one character cuts another character's head off.
► A man with a very hairy chest has the hair removed by waxing; we watch as several patches are pulled out and the man screams and verbally abuses the woman doing the tearing (we see spots of blood on his skin after each removal).
► A woman begins to suck on a man's toe, he kicks her in the face, knocks her back off the bed, and we see her bloody nose and mouth. A man flicks and then punches a man in the testicles three times and then slaps him in the face.
► A man rides his bike into a stopped car, flips off the bike, crashes through a billboard on the back of a truck, lands hard on the street and cars stop short of hitting him. A man flips over the handlebars of his bike.
► A woman yells at a man on the telephone and tells him to kill himself. A man yells at a woman. A man yells at his boss and threatens to burn a store down.
► A woman drives a car while very drunk, she swerves through traffic, she sideswipes many cars parked along a street and eventually crashes into another car.
► A woman vomits on a man's face and shirt. Three men urinate against a wall outside a restaurant (we see the stream from one of them).

MESSAGE - Sex does not make a relationship. 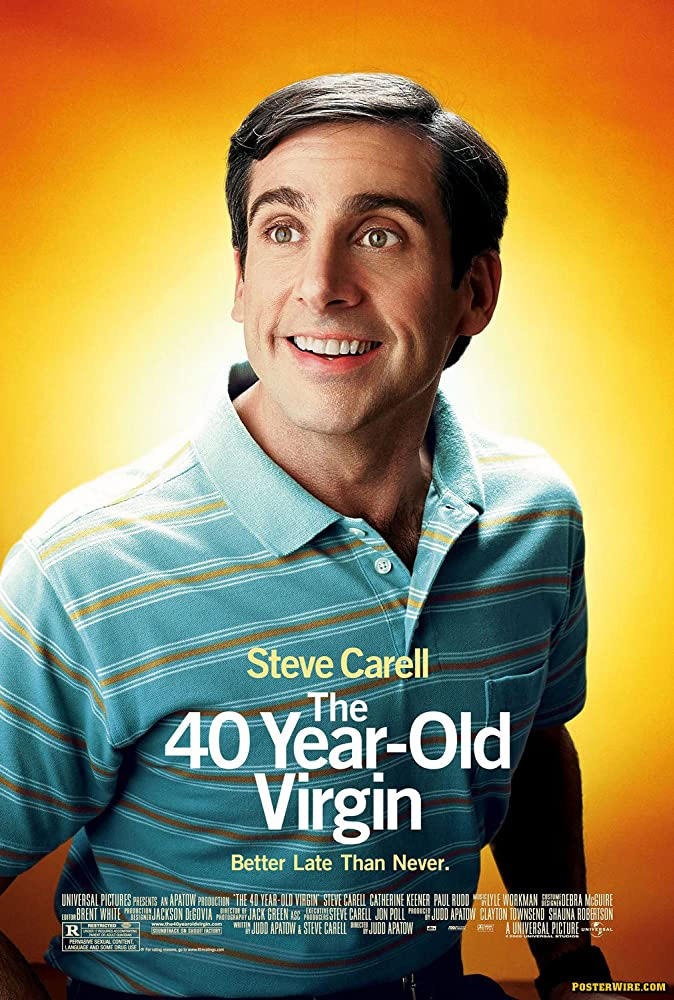