A writer (John Cusack) of books about paranormal and supernatural occurrences, who visits sites that are deemed haunted, takes a trip to New York to stay overnight in room 1408 of the Dolphin Hotel, even though the manager (Samuel L. Jackson) has forbidden anyone from ever staying there. It seems that there has been one too many unexplained deaths in the room. Also with Mary McCormack, Jasmine Jessica Anthony and Christopher Carey. Directed by Mikael Hafstrom. [1:34]

SEX/NUDITY 1 - We see a woman's bare breasts in a painting. A woman wears low-cut tops that reveal cleavage in a few scenes and there's a very brief glimpse of a woman in a bikini surfing.

VIOLENCE/GORE 6 - A man climbs into an air vent, crawls through, something skitters behind him and then rushes toward him: we see that it is a badly decayed person, the man kicks its head breaking it into pieces (we see the jaw dangling) and the man falls back through the vent opening and into a room.
► A man imagines a woman standing behind him, holding what looks like a large hammer or axe and swinging it at him, and he falls against a wall.
► A man's hand is closed in a window that shuts on him (we see his bloody hand, and we see blood on towels and he screams). A man is burned when he attempts to wash his wounded hand and scalding water sprays out of the faucet.
► A room catches fire, flames blow out the windows, a man lies on the floor with badly burned hands and arms (we see charred skin) and he is pulled out by rescue workers.
► A man imagines his dead daughter walking toward him, she has bloody feet, he holds her, she speaks to him, she goes limp, and she turns into stone that crumbles in his hands.
► A man scrambles to get back across a ledge and into his hotel room window, and when he reaches it the ghostly image of a woman swings at him, he loses his footing and falls, holding onto the ledge as she jumps out the window; he then pulls himself up. A man climbs out his hotel room window (it's many floors above the street) and out onto a ledge; he walks across the ledge trying to reach the next room's window, but the closer he gets the longer the wall gets and eventually there is no other window.
► Water pours through a wall and knocks a man down and he imagines waking up in a hospital room after a surfing accident.
► We see photos of people with slit throats (with blood surrounding the body, and with splatters on walls), one drowning victim under water in a bathtub, and others with bloody wounds. A man uses a light stick that illuminates any traces of blood and we see victims in the position of their death.
► A man sees several nooses hanging in a room and he considers using one on himself (he imagines seeing himself hanging). We see the ghostly image of a man walk to an open window and jump out; then a woman does the same thing and we hear her scream (they disappear as they reach the ground).
► A man has a bloody nose. A wall begins to crack and crumble and blood seeps through the cracks.
► An infant cries incessantly, and the man in the next room throws a chair against a wall and yells when the crying becomes deafening. A man is startled when a radio turns on and blares music (this happens a few times). A man throws furniture in frustration and anger. A man hears the voice of his dead daughter.
► A man is struck hard by a large wave while surfing, he is struck again while under water and is knocked unconscious (we see him on the beach later spitting up water). A room begins to break apart and a man dodges furniture, fixtures and rubble. Men break down a wall with sledgehammers and tear up carpeting. A telephone receiver melts into a puddle.
► The images on paintings change from serene poses to ominous ones: hunting dogs are now baring teeth at horses and their riders, a nanny holds an infant in an abusive manner, men on a ship in a heavy storm fall overboard (and we hear them screaming).
► A man yells on the telephone and calls the woman on the other end names. A man screams and tries to get the attention of a person in a building across the street. A man yells at a man and breaks up a refrigerator. A man tries to open a hotel room door, he kicks and punches the door, the key breaks off in the lock and the doorknob pulls off.
► A man talks about unusual deaths in a hotel room (slit throats, slit wrists, a man turning himself into a eunuch, a drowning, hangings, jumping out windows, etc.). A man talks about a man drowning his entire family. We understand that a young girl has died from a disease. We hear that a man who has slit his throat then tried to sew himself back up (he was a tailor). We hear that a woman gouged her own eyes out. We read about a man jumping out a window to commit suicide. A man tries repeatedly to keep a man from staying in a room overnight. We read in a travel brochure that a hotel is haunted.
► Flies buzz around a plate of partially eaten food.

SUBSTANCE USE - A man holds a lit cigar and a snifter of cognac (we don't see him smoke or drink), a man offers liquor to a man who refuses initially but accepts eventually and drinks a couple of shots, a woman drinks wine, a man drinks alcohol from a small bottle in a hotel room, and a man holds a beer bottle -- we see two other presumably empty bottles in the background and he takes a drink from the one he is holding. A man smokes a cigarette, a man offers another man a cigar (he declines), and a man has a cigarette behind his ear in many scenes and places it in an ashtray, unlit, in several scenes (we are told that he was a smoker and that he quit some time ago). A man fears that he has been drugged and that he is hallucinating.

MESSAGE - Grief and despair can drive you to hope for the most unlikely things. 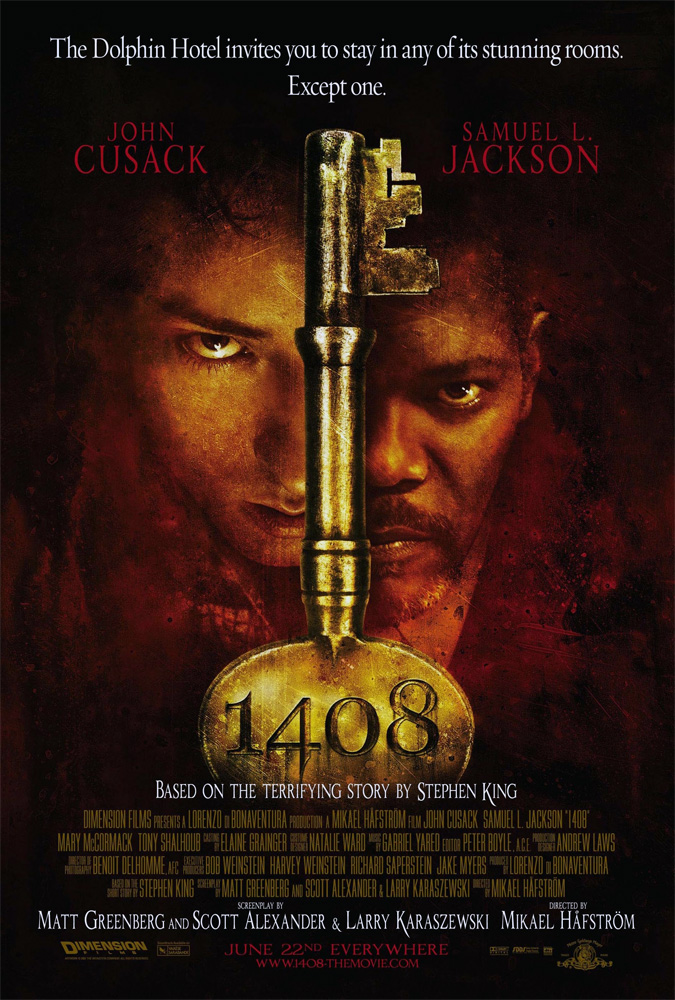