After an alcoholic (Will Ferrell) relapses, he struggles to regain his footing but then loses his job and his wife on the same day. Along with all his belongings, he ends up on his front lawn, where he must confront his problems and find a way to part with the things from his past. Also with Rebecca Hall, Laura Dern, Michael Peña, Glenn Howerton and Stephen Root. Directed by Dan Rush. [1:40]

SEX/NUDITY 6 - We hear sexual moaning, a man goes to investigate, and he sees a man wearing a strapped leather harness and kneeling in front of a woman wearing a leather corset; it is implied that the woman is using a sexual implement to have sex with the man but we do not see intercourse.
► A man tells a woman a story that implies that he was accused of sexual impropriety, saying he was so intoxicated that he had gone back to a woman's hotel room and while he did not remember what had happened, there was "an investigation" into the man's actions which lead to him being fired. A man tells another man that a woman had been fired after it was uncovered that she had falsely accused two men of sexual impropriety. A man implies to a woman that a man and a woman have strange sexual habits. A man tells another man that he and his wife had joked that she and another man were going to sleep together. A man says that another man (a woman's AA sponsor) had used the "13th step" to get her in bed. A boy tells a man a crude "Yo mama" joke, and the man asks the boy if he knows what the joke means and the boy says he does not. A man tells another man that the man's wife had left him because he had slept with another woman. A man asks another man how long it had been since he had slept with his wife; the man does not answer.
► A boy finds a stack of Playboy magazines, shows them to a man (not opened) who tells him to put them away. We see a stack of Playboy magazines placed on a man's porch; he looks at two of the covers and we see a woman's behind (she is wearing a tight, pulled up bathing suit that reveals her bare buttocks). We see the bare chest of a man as he showers under a garden hose with his lower half covered by a blanket.

VIOLENCE/GORE 3 - A man tries to punch another man who grabs the man's arms and pins them behind him, and pushes his face onto a desk until two police officers come and pull the two men apart.
► A man on a street grabs the steering wheel of a car being driven by another man, who drives away and throws things out of the window of the car. A man attempts to climb over a wall, stands on a recycling bin that collapses under him and he then kicks through a gate.
► A man stabs a man's car tire with a pocketknife; he leaves the knife in the tire and walks away. A man violently throws his cellphone on the ground and it shatters. A man throws a beer at a cash register, and the cashier shouts at the man and kicks him out of the store. A man angrily kicks over furniture and objects and throws a lampshade to the ground. A man throws a baseball through the window of a house; we later see the broken glass with the baseball sitting next to it. A woman angrily throws two empty cans at a man. A teenage boy knocks a man's drink off the hood of his car as the man watches. A man is awakened when two teenage boys are seen rifling through the man's belongings on a yard; they run away laughing as the man shouts.
► A man tells a woman that another woman had "blown her brains out" after finding out her daughter did not make the cheerleading squad. A man tells another man that since he had cut his tire with a knife he could not return to work. A woman tells a man a story about the time when they were teenagers and several boys had attempted to dunk her head in a pool until the man had come to her rescue and punched one of the boys and then drove her home. A detective tells a man that he is working a double homicide. A man reads aloud another man's record, saying that he had been charged with assault; the man defends himself by saying it was at a softball game and the man he assaulted was crowding the plate. A man shouts at a woman over the phone. A man shouts at another man over the phone. A boy tells a man that his mother is watching an elderly woman and will be gone until she dies. A man asks a boy how an elderly woman is doing and the boy says his mother had told him the elderly woman was going to die soon. A detective reminds a man that he had arrested him the last time he had tried to break into his own home. A man makes a crude joke to a police officer about the high rate of police suicides. A boy tells a man that other boys tell fat jokes about him; he and the man then playfully tell one another fat jokes and "Yo mama" jokes.
► We see a urine stain on the front of a man's pants. A man is seen urinating into a pool -- we see the stream of urine and hear the sound. A man is seen standing in front of a toilet urinating -- we hear the sound of urinating and see him wiping off the toilet seat and flushing it. A man is in a bathroom when another man comes in, he turns his back and is implied to be urinating in a urinal; we do not see or hear anything.

SUBSTANCE USE - A woman gives a man some Valium pills and tells him they will calm him down. Throughout the movie we see a man drinking cans of beer and from a flask, while sitting in a car, driving and on his front lawn, a man drinks to the point of passing out and we frequently hear discussions of how a man's alcoholism has led to issues in his marriage, his job and his family, a police officer informs a man that he could arrest him for having an open container (he is seen drinking on his lawn) and asks him how much he has had to drink, a man rapidly drinks a glass of wine, a man hands another man a glass of beer that the man had put down to tempt him, a man watches a film where a man is seen drinking a beer, a man tells a woman that his father was a drunk, a man shakes when he is unable to have an alcoholic drink, two teen boys ask a man to buy them beer and he turns them down, a man accuses a woman's husband of being an alcoholic, a man discusses with a woman that he had drank to the point of blacking out and does not remember his actions with a woman (it is implied that the woman accused him of sexual impropriety), a man reads a man's record and says that he had been arrested for a DUI and had to go to alcohol treatment, a man tells another man that the man's wife was "sober" for almost one year, a man tells another man that people with substance abuse problems typically do not have healthy marriages when one of them is a recovering addict, and a woman tells a man that she had been in a commercial drinking beer. A man offers another man a pack of cigarettes and the man turns them down saying he quit smoking, and a man tells a boy that he will give him cigarette breaks and the boy tells the man he does not smoke.

MESSAGE - Alcoholism is a serious issue, which can ruin your life. 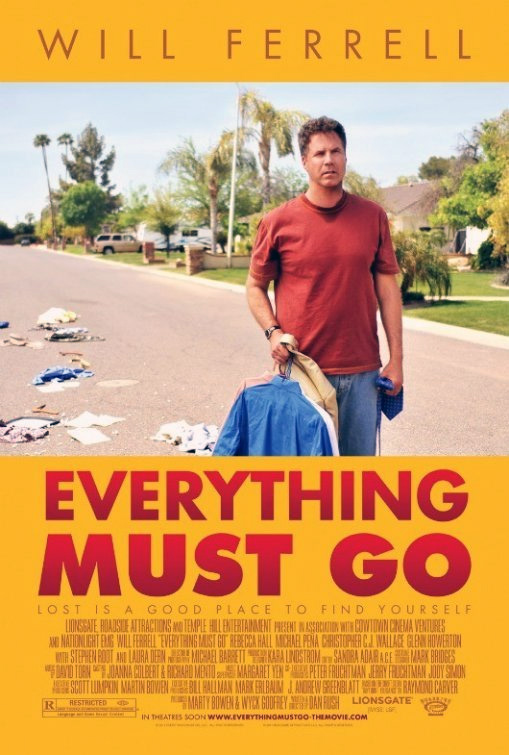