A man (Ryan Gosling) working as a movie stunt car driver and moonlighting as a getaway car driver finds himself in the middle of a heist gone horribly wrong. He must now determine if there's anyone he can trust and come to terms with the fact that many of the people he cares for are in terrible danger. Also with Carey Mulligan, Albert Brooks, Bryan Cranston, Ron Perlman, Christina Hendricks and Oscar Isaac. Directed by Nicholas Winding Refn. [1:40]

VIOLENCE/GORE 8 - A woman is shot in the side of the head (we see the other side of her head blow off and a lot of blood and matter splatter). A man shoots another man and blood splatters on the wall behind him.
► A man punches another man in the face, and then stabs him through the chest with a curtain rod (we see a lot of blood oozing out of the wound and on the attackers face and we hear gurgling as the man dies). A man stabs another man in the eye using a fork, and then stabs him three times in the throat using a knife (the victim screams, blood spurts and sprays and we hear flesh tearing). A man stabs another man in the stomach, and he reciprocates by stabbing his attacker in the neck (we hear crunching and we see blood on both men). A man cuts another man's arm using a razor; the man moans and we see him dead later with a very bloody wound.
► A man uses a hammer to pounds another man's hand (he screams and we see a bloody hand); then he presses a bullet to his forehead and threatens to hit it with the hammer, stops and then forces the man to swallow the bullet. A man pounds another man's head against the wall of an elevator, and then stomps on his head repeatedly until we hear crunching and squishing, while a woman looks on in horror (blood pours from the wound).
► A man is shot in the arm and we see blood on the wound. A man pulls a piece of shrapnel out of a wound and we see bloody holes left behind. A man with a gun enters a shop, exits the shop and is shot in the throat and then several times in the back (he collapses to the ground bleeding profusely).
► A car rams into another car forcing it to the side of the road, the other car speeds toward the stopped car and slams into it forcing it off over an embankment, and one man crawls out of the wreckage (we see that he has a bloody face and head); the wounded man stumbles toward the ocean, the driver of the other car follows and holds him under water (presumably drowning him).
► A young boy finds his father sitting against a parking garage wall after having been beaten by two men with baseball bats (we see that his face is very bloody and his shirt is soaked with blood; we do not see the beating). A man slaps a woman in the face and covers her mouth. A woman slaps a man in the face.
► A car speeds away from a robbery and is chased by another car: they swerve through streets, they ram each other, one car speeds in reverse and the other car slams into construction barrels. A man steals a car and speeds down a street. A car speeds away from a robbery site, police cars and police helicopters give chase, and the cars speed through traffic lights and swerve between cars on crowded streets. During a movie scene, a car speeds along a street and it flips in mid-air (the driver is seen unharmed).
► Two men cut a heavy chain on a gate, shoot a door to a building open and go inside (we do not see what they do inside but it is implied that they are stealing something) while another man waits in a car outside.
► A man tells another man, "Shut your mouth or I'll kick your teeth down your throat and I'll shut it for you." Two men yell at each other. A man says, "My brother got himself killed." A man talks about another man having had his pelvis broken because he owed someone money. A man, just out of prison, says, "It was a shameful thing I did." A man says, "They want me to rob a pawn shop." A woman says that a man was beaten up by "drunk kids." A man makes a joke about a movie stunt driver "in case you die or get maimed." A man tells another man (a movie stunt driver), "The director wants you to do a rollover" before shooting a movie scene. A man says, "I have been exploiting him ever since," referring to one of his employees.
► A young boy plays with a bullet. A man has a display case with several bladed weapons in it.

SUBSTANCE USE - A man offers another man Benzedrine and nicotine and a couple of other drugs to help him stay awake. People drink beer at a party, a man is seen holding a glass of champagne, and a woman says that a man was beaten up by "drunk kids." A man smokes cigarettes in several scenes, a man smokes a cigarette and another man yells at him to put it out, and a woman smokes.

DISCUSSION TOPICS - Armed robbery, second chances, protection money, bad luck, the mob, the story of the scorpion and the frog.

MESSAGE - Be careful what favors you offer and for whom, no matter what the motivation. 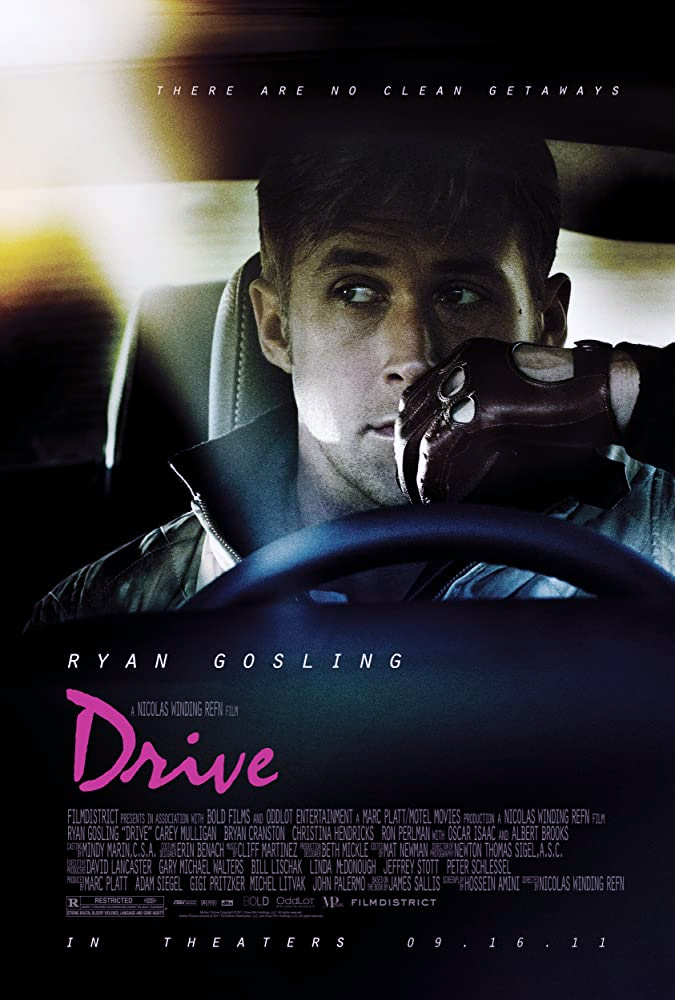