In this animated feature, the evil sorcerer Zeebad is accidentally released from his prison inside a carousel, and he begins to freeze everything in sight. The only way to thaw the world and save it, is by finding three special diamonds and placing them on the carousel. Doogal, a candy-loving dog that's the best friend of a young girl who was inadvertently trapped inside the frozen carousel leads the quest. With the voices of Daniel Tay, Jimmy Fallon, Jon Stewart, Whoopi Goldberg, Chevy Chase, Judi Dench and William H. Macy. Directed by Butch Hartman. [1:25]

SEX/NUDITY 0 - A character confesses his love for another character.

VIOLENCE/GORE 3 - Two wizards fight, and one pulls away a gem from the other's chest -- a hole appears on his chest (there's no gore).
► Two wizards fight: they shoot each other with bolts of fire and ice, one is thrown far into the sky, he comes back and shoots the other repeatedly, their bolts struggle against each other's, and one becomes stuck in ice -- he falls a great distance and it is suggested that he died from the fall when the other wizard cuts away a piece of the ice.
► A character lies motionless and others fear that she is dead (she is eventually roused). We see three children shivering in an ice-covered carousel and one is unconscious (other characters fear that she is dead).
► A train races through a tunnel, a skeleton jumps on it, but it is knocked off when it runs into a beam; the train continues onto a bridge while chased by another train, the first train jumps a piece of broken track and across a ravine, and one train runs into a wall and explodes -- the other train is thrown when it runs into a barricade at the end of the track. Many skeletons come up through a floor and attack several characters that try to fight them: a few are thrown and break apart but they come back together to continue fighting with kicks and punches.
► A large skeleton chases several characters, it swings a bone at them, and falls through a trap door. A character falls through a trap door, it bounces back up and hits its head on the door (we see the outline of its head pressed into the door). A character grabs onto the rope that pulls a cow and a dog into the air, a snail drops by another rope and bites the character on the arm, and the snail is then flung high into the sky.
► A dog rides a motorcycle that runs out of control, crashes into a carousel, and explodes; the carousel spins very fast and freezes, with three children trapped inside. Motion detector beams are triggered trapping many characters in a room. A character is ejected from a speeding train and lands on another speeding train, the character jumps, grabs onto a cow's tail and is pulled back onto the first train.
► Several characters ride in a train along a very narrow path and onto a bridge high above a lava stream, the train slips over the edge, the characters in the passenger car struggle to get back up on the surface and the train manages to pull them back up. Several characters are dumped onto the ground when their hot air balloon lands.
► A train hits a character, who is knocked away, is caught up in fire rays and pulled into a carousel. A cow falls from a rope and lands on a wooden soldier, and then a door falls onto the soldier pinning him to the ground.
► A character goes through a booby-trapped entrance and is shot at by many weapons from many directions but is never hit. A character steps on a panel on the floor, a pointed spear shoots up at him and he is nearly struck.
► Two characters break a narrow stone bridge leaving others no way back across, a character holds a sword on other characters, a character is ordered to torture another character, and a character is trapped in an ice cage and held prisoner.
► Several characters fly in a hot air balloon, they float past "Skull Island" and a large stone foot. A wooden soldier is hit in the head with a stick and falls over (he gets back up). A character has a nightmare and sees himself being zapped by another character's laser bolts, and then falling off a cliff.
► Icicles fall and pierce the ground around a snail (the snail is unharmed but scared). A character threatens to eat a snail. A rabbit is slapped by a cow's tail and a moose is zapped by a character and changes color.
► The sun is extinguished when sprayed with an ice ray. Several characters collapse from exhaustion.
► A character laughs manically in a few scenes. A character says, "Animals will be harmed in this movie."
► A snail says "I slimed my shell" several times after it is scared by something. A moose flatulates in several scenes.

SUBSTANCE USE - A dog is obsessed with anything sweet.

MESSAGE - Friendship can be an inspiration for extraordinary deeds. Pay attention to the world around you. What does not kill you will make you stronger.

(Note: A short entitled "Gopher Broke" precedes the feature film and includes a gopher being chased by chickens when it tries to retrieve ears of corn that have fallen off the back of a truck. The gopher is pinned under a road sign, many birds squawk at it, a truck skids out of control on a road, the cow in the back of the truck falls out and lands on the gopher who we then see stuck to the buttock of the cow as the truck drives away.) 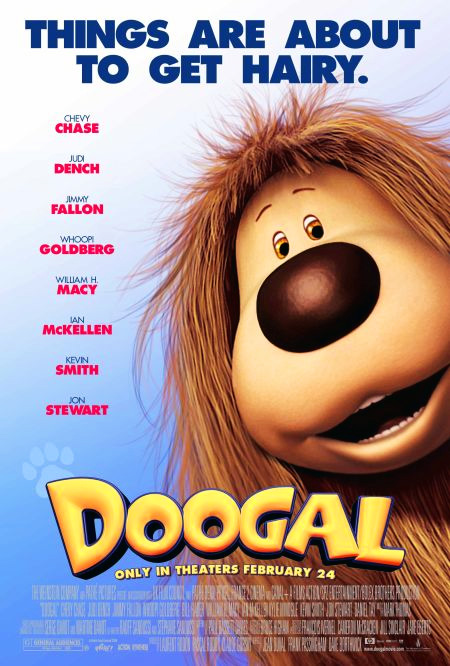