Why is “Don’t Let Go” rated R? The MPAA rating has been assigned for “violence, bloody images, and language.” The Kids-In-Mind.com evaluation includes a kiss, a reference to potential infidelity and cleavage revealing outfits; several shooting scenes that end with death and bloody wounds shown (including a child and a dog), discussions of police corruption and drug dealing; and at least 6 F-words and other strong language. Read our parents’ guide below for details on sexual content, violence & strong language.” A police detective’s (David Oyelowo) family is brutally murdered and while examining the evidence he begins receiving calls from his dead niece. Initially wondering whether he’s going insane due to grief, he soon comes to accept that something out of the ordinary may be taking place and the voice on the phone may be from the past. Also with Storm Reid, Mykelti Williamson, Shinelle Azoroh and Byron Mann. Directed by Jacob Estes. [Running Time: 1:43]

– A husband and his wife kiss in a family video.
► During questioning by an Internal Affairs officer a man is asked if he ever flirted with his sister-in-law and whether or not he was responsible for his brother’s murder.
► A man’s shirt is open while he lies on a stretcher in an ambulance and we see his bare chest and abdomen. A woman wears a low-cut camisole that reveals bare shoulders and cleavage while she lies on a bed. A man’s abdomen is seen when he lifts his shirt to bandage a bloody gunshot wound.

– A man is shot in the head and we see blood and matter spray. A man shoots another man and he falls to the ground dead (we see blood on the ground). A man threatens another man with a gun and shoots him as he runs away (we see a bloody leg wound), he then shoots him in the hand (we see a bloody bullet hole in his hand). A man investigates a foreclosed house and when he walks back to his car another car with several men holding guns shoots at him; he ducks, but is struck in the side (we see blood), another man is shown slumped on the sidewalk and the first man’s car is riddled with bullets. Men exchange gunfire in a warehouse and one man is struck in the side (we see a bloody wound).
► A man with a bloody gunshot wound enters a police station and is confronted by another man who ends up with blood on his shirt; the two men go to the property room as officers draw their weapons, the man leaves the building, slumps next to a vehicle outside and falls unconscious as blood pools under him. A man enters a house and finds clutter on the floor and a dead woman with blood on her chest and face, a dead dog with blood pooled under its body, a dead man with a gunshot wound to the head and blood and matter on the bed around him, and a dead teen girl in a shower with blood splattered on the wall and tub; the man slumps against a wall in disbelief. A man with a gun shoots a woman as she runs upstairs and chases a teen girl into her bedroom; she breaks her window and rides away on her bike chased by the man in a car and she hides in a warehouse. A man in a warehouse is surrounded by other men who seem threatening and one of them hits the man in the abdomen with a baseball bat (we hear him grunt). A man holds a gun on another man and threatens to shoot him. A man holds a gun on a police officer in a property room and he lets him in. A man in a car thrashes and gasps as he has a flashback to the scene of a murder (we see a man, a woman, a teen girl, and a dog dead with bloody wounds). A man goes to a crime scene and we see blood on a shower stall wall and in the tub where a teen girl died. We see photos of a crime scene with bloody bodies featured.
► A man with a shotgun threatens a teen girl saying, “I will blow your daddy’s head off,” before shooting a dog (off-screen). A man chases a teen girl and her bike becomes entangled in a fence, she frees it and walks toward a river, where she slips and loses her backpack, which the man retrieves. Two men in a car on a street draw their weapons fearing being attacked then drive away. A man seems to feel a vibration through his body in a few scenes and seems disoriented. A man punches a heavy bag repeatedly and we hear loud punches land. A man finds a partial box of bullets in a house.
► A teen girl asks how she died and who did it. A teen girl yells at a man and slaps his hand away when he tries to calm her. A teen girl calls her uncle in a panic (we hear her voice and rapid breathing) and the call is interrupted. A man on the phone with a teen girl tells her that someone is coming to kill her father. A man is reprimanded by his boss for tampering with evidence. A man is interrogated by an Internal Affairs officer and questioned about his relationship with his deceased brother and his family. A teen girl says that she is trapped in a shed. A teen girl talks about her father in a disparaging way in several scenes. A teen girl calls her uncle to pick her up after a movie when her father does not show up. A man talks about praying that God would give him a second chance. Newspaper headlines read, “A Suicidal Father Kills his Wife and Daughter.”
► We see a funeral with three caskets and many mourners gathered at a cemetery. A teen girl talks about seeing a zombie movie and makes a monster gesture with her arms. There is a reference to a man’s illness and whether he was taking his medication (we understand that he has Bipolar disorder).

– A man finds a box under a bed and we see a pouch of unidentified white powder in the box, there is a reference to a man’s illness and whether he was taking his medication (we understand that he has Bipolar disorder), a man asks a teen girl if her dad is doing drugs or drinking, we hear references to a man dealing drugs “again,” and there are several references to narcotics. A man drinks liquor while grieving, a bottle of wine and a glass are seen on a kitchen counter, a man talks about another man liking his vodka drenched in OJ, a woman drinks from a glass of wine, and a bottle of bourbon is shown on a bed.

– It is sometimes difficult to tell the good guys from the bad guys. 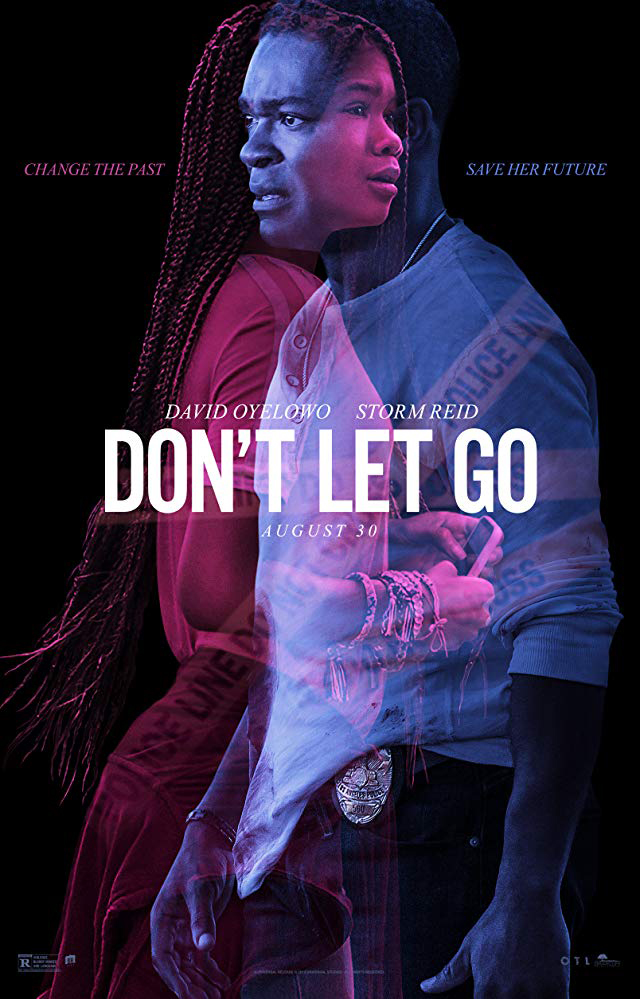