Based on true events: The 12th Street Riot rocked Detroit in July 1967 and alleged sniper fire at the Algiers Motel caused the Detroit Police, the Michigan State Police and the National Guard to seize the motel. A small group of gung-ho police officers and their ring leader (Will Poulter) abusively interrogated guests and killed three men, while nine other men and two women were beaten and tortured. Also with John Boyega, Algee Smith, Jason Mitchell, John Krasinski, Hannah Murray and Anthony Mackie. Directed by Kathryn Bigelow. [2:23]

SEX/NUDITY 5 - A policeman accuses a woman of prostitution and rips open her dress (we briefly see her bare breasts and upper abdomen); the officer accuses a man of being the woman's pimp. A woman standing with her face to a wall has her skirt hiked up to the visible bottom of the buttocks and another woman beside her is facing the wall as a police officer raises his rifle barrel up the back of her skirt between the legs and she screams. A few scenes feature two women wearing sundresses that bare cleavage and bare legs to nearly the mid-thigh. A few women around a swimming pool wear shorts. A woman wears a bra-like top and short-shorts, revealing cleavage and midriff. A few men wear swim trunks and we see bare chests. A few women at a theater wear dresses with low-cut back necklines.
► A man and a woman kiss in a hallway and he rubs her thigh (she is wearing a knee-length dress). A man sits next to a woman wearing a short dress and rubs her bare thigh as they kiss. A woman briefly sits in a man's lap. Two women kiss a man to say hello.
► A police officer accuses two white women of having sex with black men and twice asks them why they prefer blacks to whites; the women do not respond.

SUBSTANCE USE - We hear that a musician died from using heroin and dope, and a man lights and smokes a cigarette that looks like a marijuana cigarette. An after-hours club features beer bottles on several tables and counters with a few men and women drinking from beer bottles, a few men and women in a hotel drink from beer bottles around a swimming pool and in motel rooms, and a woman drinks from a glass that might contain either whiskey or cola. Several scenes show men and a few women smoking cigarettes in homes as well as offices and a police station and a motel while around a swimming pool and backstage at a show and in cars, and a few scenes include a man lighting a cigarette in close-up.

MESSAGE - The Detroit race riots were the largest riots in American history. 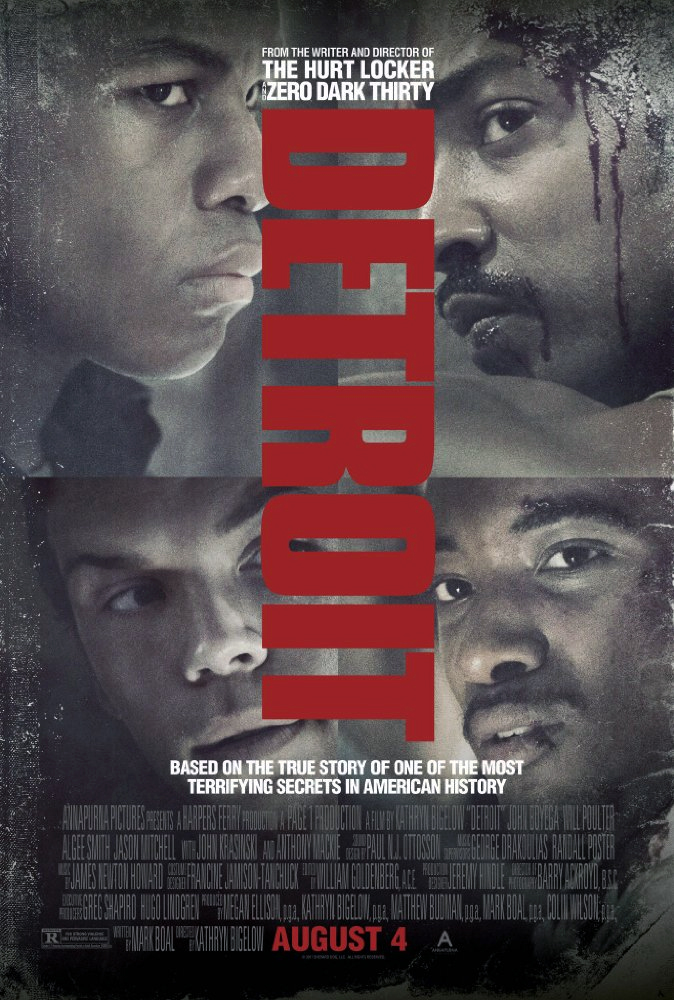