Eva (Gabrielle Union) is the eldest of four sisters and has sacrificed much to help her sisters find success in life. However, the three men who love the three younger sisters are frustrated with their sister-in-law's constant meddling and pay a "ladies man" (LL Cool J) $5,000 to romance her and get her out of town. Also with Essence Atkins, Yuri Brown and Johnny Gill. [1:40]

SEX/NUDITY 4 - A man and a woman lie on the floor kissing (she's on top and sweaty) and we see their clothes strewn around a room (we see his bare chest and her bare back and shoulders). A man and a woman kiss, they lie back on a bed, the woman removes her top (we see her in a bra and shorts) and they continue kissing until they are interrupted. A man and a woman kiss passionately and the woman begins to remove her dress but the man stops her. A man massages a woman's foot, then kisses and licks her toes. A man and a woman kiss romantically several times in several scenes, a man kisses a woman on the cheek, a man kisses a woman's hand, and a man and a woman snuggle in bed together a few times. A man chases a woman around a bedroom asking for sex. A man holds a woman from behind when showing her how to play pool, a man admires a woman and his wife threatens to slap him, and a man and a woman dance close including a dip. A man imagines himself standing nude (from the hips down he's blocked by a counter) and we see his bare chest and a bit below his belly button. Two women begin to argue over a man and end up leaving together with the man (there is an insinuation that sex has occurred). A man and a woman flirt in a few scenes. A woman pinches a man's buttocks. Women wear outfits throughout the movie that reveal cleavage, bare abdomens, bare shoulders, bare thighs and bare backs. A woman in a short slip stands in front of a mirror (we see cleavage and bare thighs). A man takes off his pants and we see him in his underwear. Men and women dance with wiggles and hip thrusts in a few scenes, a woman dances and thrusts her hips. Men and women dance on what looks like a TV stage during the opening credits, and they hug and sway. Four women dance to a song: one woman walks in on a man using the toilet (we see him sitting with his pants around his ankles), another woman comes up behind a man and hugs him, and two other women dance in front of mirrors. There are many references to and descriptions of people having sex: a presumably homosexual man says to another man, "I can take care of you." Women talk about men in several scenes; one describes how a man dropped his pants and she made a remark about his endowment, a woman does a few hip thrusts while talking about "getting under a new man," a woman says "I can't keep my legs together" when she sees an attractive man, a man makes a remark to a woman that he'll do anything to her body that she wants him to, a woman says that dipping while dancing is considered foreplay, and a woman tries to flirt with a man but is rebuffed.

VIOLENCE/GORE 3 - Three men jump on a man, put him in the back of a truck, take him to a warehouse where he is chained and attached to a rope from the ceiling. A woman punches a man in the face and he falls to the floor. A man grabs a man around the throat and tries to kick another man. A man imagines a woman cutting off his private parts with a cleaver. Men and women argue in many scenes with varying degrees of intensity but all include insulting remarks. Two women begin to argue over a man and call each other names. We see people grieving at a funeral in a couple of scenes. A woman faints when she is apparently told that her boyfriend is dead. A man appears to be choking and a woman begins to give him the Heimlich maneuver. While telling off a man, a woman talks about female spiders that eat their mates. A woman argues with a man about the need to clean up a restaurant; she includes descriptions of what bacteria can do to you if ingested. A woman talks about a man being irregular and we see a flash of a man being examined by a doctor with another flash of a chicken being stuffed violently. A man eats spicy beans that cause him to gag, spit and cough. A horse rears and throws its rider on the floor (he appears a bit dazed).

MESSAGE - It's hard to predict the outcome of a situation when love is involved. 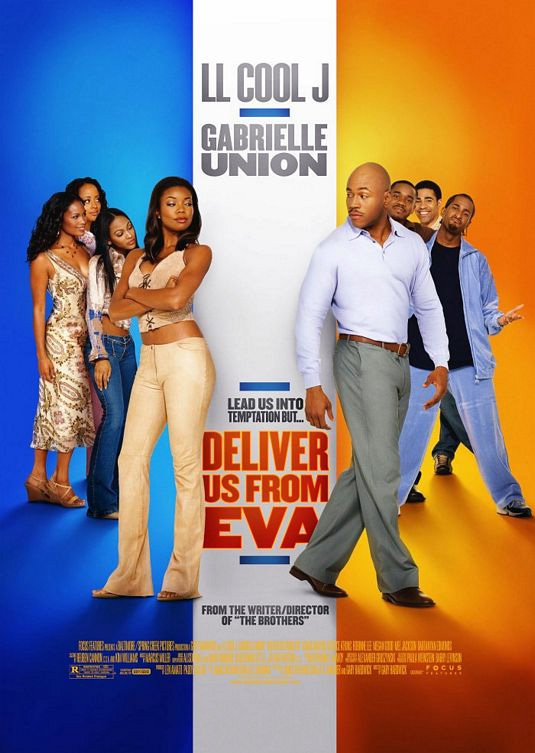