Why is “Death of Me” rated R? The MPAA rating has been assigned for “violence, gore, sexual content and language.” The Kids-In-Mind.com evaluation includes a sex scene and several kissing scenes, several seemingly hallucinatory scenes with a man and a woman either being killed or killing others with eerie images including bloody wounds and zombie faces with mouths stitched closed, and over 20 F-words and other strong language. Read our parents’ guide below for details on sexual content, violence & strong language. A travel writer (Luke Hemsworth) and his wife (Maggie Q) wake up on a strange island without any memory of the previous 12 hours. While they are making plans to leave, they find a video showing one of them killing the other, and an impending typhoon, paranoia and supernatural events complicate their circumstances. Also with Alex Essoe, Kat Ingkarat, Caledonia Burr and Kelly B. Jones. Directed by Darren Lynn Bousman. Many lines are spoken in a Thai dialect without translation. [Running Time: 1:34]

Death of Me SEX/NUDITY 5

– Video footage shows a clothed couple falling to their knees on the ground at night; the man rubs the woman’s buttocks and kisses her for several seconds, he turns the woman onto her hands and knees facing the camera, kneels behind her and thrusts several times (please see the Violence/Gore category for more details); she stands up in a long T-shirt covering her upper thighs. A man kisses a woman on the cheek and then her lips briefly in a couple of scenes and she kisses him on the cheek.
► Video footage shows a woman asking a man about a waitress saying, “Get a good look?” and he does not reply. A woman has an ultrasound that shows a fetus, but she says she is unable to have children.
► Several scenes include a woman wearing halter-tops that reveal cleavage and her bare abdomen. In a few scenes, a woman wears short-shorts, and a woman wears a lace crop top and tight underwear, revealing bare lower buttocks and cleavage.

Death of Me VIOLENCE/GORE 7

Death of Me LANGUAGE 7

Death of Me SUBSTANCE USE

– A man and a woman in a video footage drink shots of a powerful potion and slur their words until the woman passes out and off-screen as the footage next shows the couple stumbling into the night and onto some grass (please see the Violence/Gore category for more details), a woman sees a video and says that she was “way drunk,” a woman says a drink is a hallucinogenic called “dream bird” that can cause paranoia, hallucinations and death, a village bar scene includes a woman carrying a colorful drink on a tray, a rustic village bar has a few bottles of liquors on a shelf, a woman gives another woman a tall drink that the second woman refuses, a woman drinks from a small vial given to her by a doctor and she hears cheering and sees zombies, and a doctor writes a prescription for a woman that she does not fill.

Death of Me DISCUSSION TOPICS

Death of Me MESSAGE

– In some places, magic may be stronger than science. 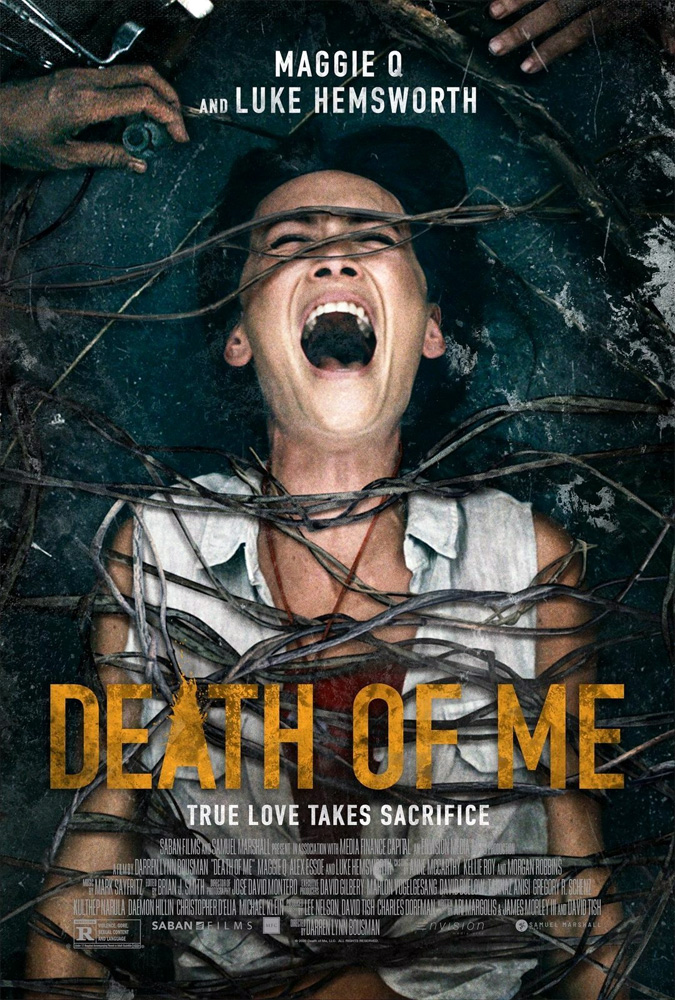