A young ballerina (Shoshana Bush) who has given up on dance, meets a young hip hop dancer (Damon Wayans, Jr.) at her new high school and begins to dream of dancing again. He tries to teach her hip-hop while preparing himself for a big street dance competition, and the young woman and her friends help in surprising ways. Also with Essence Atkins, Affion Crockett, David Alan Grier, Amy Sedaris, Chris Elliot, Marlon Wayans and Shawn Wayans. Directed by Damien Wayans. [1:25]

SEX/NUDITY 6 - Throughout the film a female dance teacher is dressed in tight stretch pants that clearly show large bulging genital lips; in one scene the camera pans to a close up and we see the covered genital lips moving.
► During a hip hop dance contest, a young woman removes her slacks to reveal red shorts and does a suggestive pole dance with gyrations and leg splits in the air (her bare thighs as well as cleavage are seen) and jumps into a male schoolmate's arms. A female gym coach forces two of her female basketball players to Jell-O wrestle in gym shorts and T-shirts while she takes bets on who will win (we see legs and thighs and some cleavage as the girls roll in Jell-O). Two young women in tank tops that reveal bare arms and significant cleavage dance while shaking their breasts and hips furiously, their breasts sag to the floor, their buttocks sag to their knees, and they leave the dance floor amid gasps from the crowd.
► Two teen boys wearing short shorts roller skate in a dance contest, the first lifts the second over his head in a split position and we see two shining ornaments hanging from his groin (they look like testicles). A teen boy and a teen girl are dressed in white tights and black leotards and the camera closes in on gyrating hips and thighs several times. In a club, a group of male dancers grab their groin areas twice during a dance.
► A guidance counselor in a school tells a teen boy and a teen girl not to use a condom in the hallway because the boy won't be able to feel anything (the couple is embracing and kissing and the counselor begins dancing and grinding her hips). A teen girl is asked to take a breathalyzer test by a male police officer; he asks her to "blow into the machine," she kneels down as if about to perform oral sex and the officer pulls her back to the standing position.
► Several young men wearing scarves dance, they remove their jeans to reveal ballet tights, and they dance into the street singing "I'm gonna watch you undress... I'm gonna be gay forever"; three firemen remove their helmets and coats and dance with them, two businessmen run up to the group and join the dance and a truck driver also stops to join the dancing men.
► A woman wears a torn, tight Cat Woman costume that reveals a bit of her cleavage, abdomen and thighs. In several dance club scenes, women wear halter-tops that reveal cleavage and bare backs, and several women wear sheer dresses and we see outlines of legs and panties. In several scenes a woman and a teen girl reveal significant cleavage with low-cut tops.
► A male acting teacher asks if a teen boy is willing to lose his manhood for his art, and kisses him and says he lost his own manhood twice for his art. A teen boy asks his basketball coach dad if he ever wanted to try anything different, and the dad says, "You want to be bonkin' hookers." A teen boy tells his girlfriend that he wants to be a "vagina-cologist" and mentions 5 types of vaginas he likes to examine. An unwed teenage mom tells a friend that her baby won't wear a condom at school and that's why he has an itching groin. A basketball coach tries to tell his team to think but instead yells, "Head… give me some," and then he tells the boys to think as they "Get naked in the showers." A woman dances with a man and suggests they have another baby; the man quickly disappears, leaving his shoes on the floor.

SUBSTANCE USE - In a pool hall men and women smoke and drink beer and other drinks, a homeless man drinks alcohol from a flask, in several dance club scenes we see bottles of beer on tables, and a man in a bar buys an alcoholic drink and feeds it to his baby son (he is in a carrier on his mother's back and we see the man reach the glass around to his baby and hear the baby drink and burp). In a flashback scene, a young woman remembers sitting in a car, a police officer asks if she has been drinking, she opens the door and beer and beer bottles pour out onto the street, and he gives her a breathalyzer test, finding the highest possible level of alcohol.

MESSAGE - Anyone can win a contest. 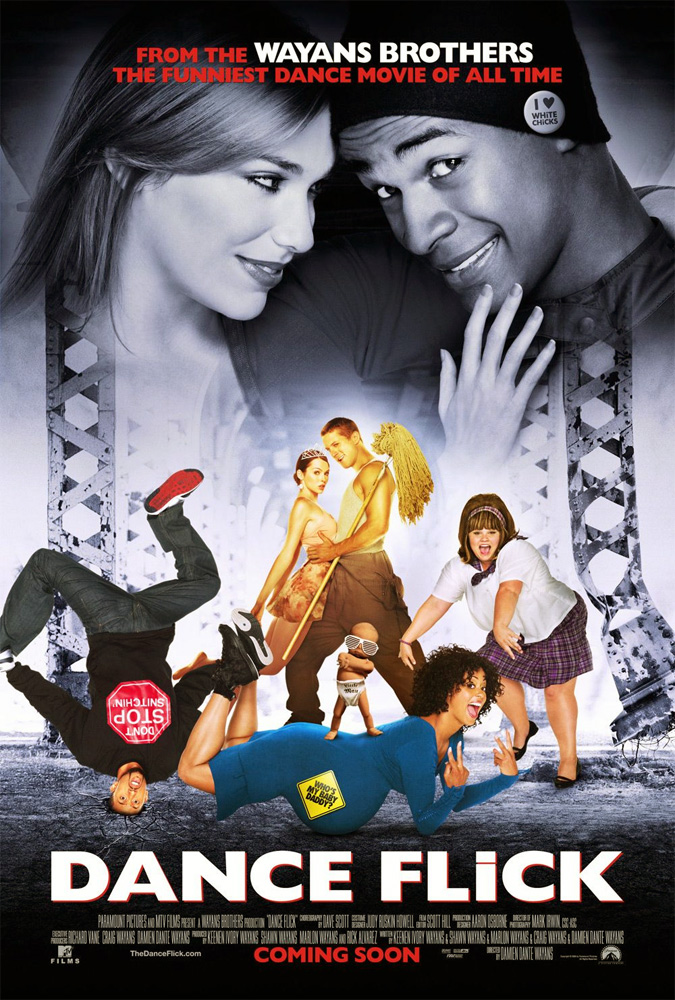