A successful executive (Eddie Murphy) loses his job when the division he heads is closed. He vows to have another job within a week, but when that doesn't pan out, he is forced to come up with another plan. So, along with a colleague who's also jobless, he opens a free-spirited day care center in his home. Their upstart enterprise goes head-to-head with a prestigious, traditional center run by a ruthless businesswoman (Anjelica Huston). Also with Steve Zahn, Lacey Chabert and Jeff Garlin. Directed by Steve Carr. [1:35]

SEX/NUDITY 1 - A man and a woman hug. Women wear outfits that reveal cleavage, bare abdomens and backs to the hip. A man is attracted to a woman and becomes tongue-tied.

VIOLENCE/GORE 3 - An inflatable trampoline collapses with children inside (no one is hurt). A man is kicked hard in the backside by a girl who's swinging (he is tossed and lands on the ground with a thud). A girl kicks a man hard in the crotch and he falls to the ground moaning and writhing. A boy kicks a man in the shin in several scenes. A woman threatens two men a couple of times. A child plays with a pair of scissors and a man ends up getting cut when trying to take them away. A boy picks up a dead mouse, and his father grabs it and runs around with it while groaning in disgust. A man has a tarantula on his head and runs screaming. A man pokes a beehive with a broomstick and he gets swarmed by bees. Two men in vegetable suits play-fight, and one knocks the other back onto a table that breaks. A group of children spit out cereal, throw bowls at a window and attack two men dressed in vegetable suits. A group of children tackle a man. A boy runs into a door and hits his head, a boy runs into a pillar and is knocked down, a boy drinks bubble liquid, a boy climbs and dangles from a curtain. Children run amok through a house and tear things up; they pull a drainpipe down, ride a tractor lawn mower, etc. A man in a carrot suit falls down, a man falls over a wall, and a man falls and lands on another man knocking them both to the floor. A crossing guard is swarmed by bees and her jerking and waving causes a traffic jam and a fender bender. A boy apparently has a messy visit to the bathroom (we hear scuffling and glass breaking and then see a man's reaction as he looks around the room), a baby urinates on a man while he changes his diaper. A bunch of large bugs crawl through food. We hear a trickle while a boy urinates, a boy picks his nose and wipes his finger on a girl's shoulder, children burp and flatulate in several scenes. A man stomps on a cereal box in frustration.

MESSAGE - The only thing youngsters really need to thrive is a parent's love and attention. 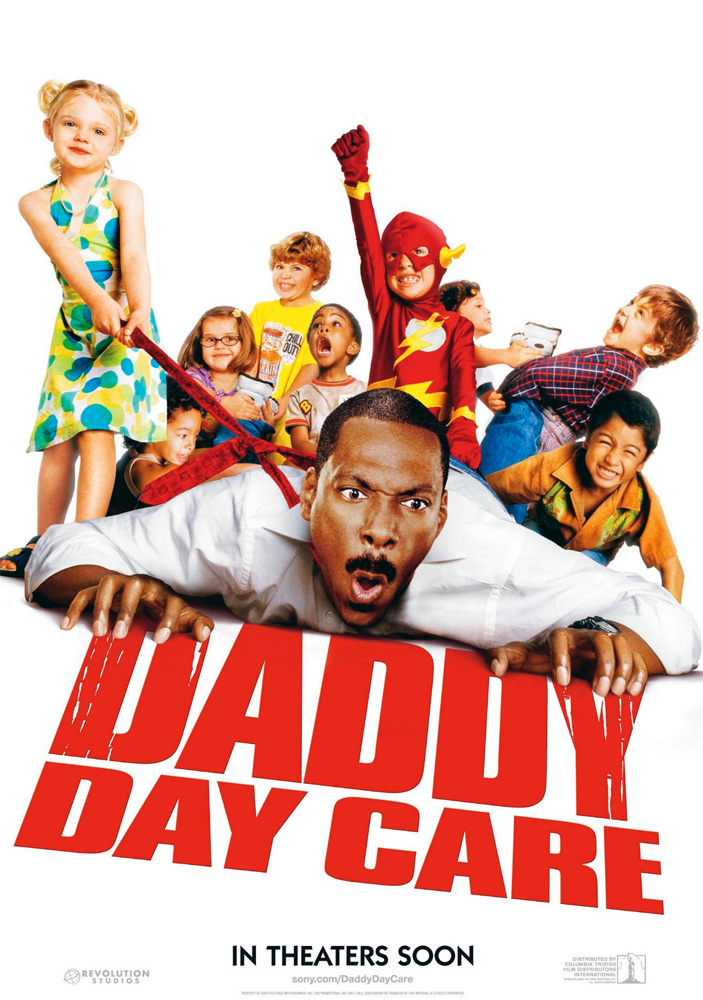