From the creators of "Firerproof" comes the story of four policemen and their Mexican immigrant friend as they struggle to provide for their families using their faith and their role as husbands to guide their lives and decisions. With Alex Kendrick, Ken Bevel and Kevin Downes. Directed by Alex Kendrick. [2:09]

SEX/NUDITY 1 - A man and a woman share a brief kiss. A man kisses a woman on the forehead. A woman kisses a man on the forehead. A woman wraps her arms around a man, resting her head on his shoulder.
► A man jokes that he would kiss a woman if she did not have bad breath. A woman jokes that she would hug and kiss a man if he did not smell bad. A man tells another man that he had "knocked up" a woman when they were young adults. A man tells four other men that his father had impregnated three different women six different times. A man tells three other men that his father had an extra-marital affair.
► A young boy is briefly seen shirtless; his bare back is visible.

VIOLENCE/GORE 5 - During a drawn-out shootout between two men, a teen boy and three police officers we see the two men firing guns at the police officers who duck to avoid being hit and they fire back; the windows of police cars shatter, a truck that is driving by is hit by stray gunfire, a police officer shoots one of the gunmen in the shoulder (we see a small amount of blood on the man's shoulder and he winces in pain) and the shootout ends when a girl wanders into the line of fire and the gunmen run away.
► A man steals another man's truck, we see the owner of the truck chasing the thief, he grabs the steering wheel and shouts at the thief as he drives away, other cars honk and swerve to avoid hitting the owner as he hangs from the side of the truck, he punches the thief and jerks the wheel, the truck swerves and the man is knocked off the truck; he rolls to safety, the truck crashes into a bush (the airbag deploys but the driver is unharmed and runs away), we see the owner struggle to stand up after injuring his foot and we see him being bandaged by an EMT (no blood is visible and we later learn that the man's infant son had been in the back of the truck and he is unharmed).
► A man tackles a police officer chasing another man, the man punches the police officer repeatedly as he is pinned to the ground, the man is then tackled by three police officers, and they pin him against the ground and handcuff him while he shouts; we later see one police officer with a small amount of blood coming from his nose and on his lip. Several young men and men are seen kicking a teen boy lying on the ground, and another man tells the men to stop and we see the boy struggle to stand up with a bruise and small cut on his face. Two men run from a police standoff, one of the men chases a young girl into a tree house, he is pulled down from the tree by a police officer, and the two men fight until the police officer flips the man on his back and handcuffs him. A police officer tasers a man, and the man falls to the ground and grunts in pain. A police officer tackles a young man, pins him to the ground and handcuffs him.
► During a police search, two officers have their guns drawn and accidentally point them at a young boy; he is unharmed. A man pantomimes making a gun and shooting another man.
► Three police officers take turns chasing two criminals on foot: we see the men panting and running through yards and over fences and two of the police officers stumble to the ground but stand up unharmed. A man runs into the side of a car, he braces himself and continues running, unharmed.
► A man tells another man that the man's young daughter had been in a car accident caused by a drunk driver; we see the man's wife crying and it is implied that a doctor informed them that their daughter died and we later see the girl's funeral (neither the car accident nor the body are seen). An EMT bandaging a man's foot (no blood is visible) warns the man that he could have died when he grabbed onto the steering wheel of a moving car. Two police officers discuss how a man had held onto a steering wheel while his truck was being stolen in order to save his infant son in the back of the vehicle.
► It is implied that two police officers tell a man to act in an intimidating manner toward another man that is being arrested; the man says unthreatening phrases in Spanish (we see the translation) while the other man appears terrified and shouts that the man is going to kill him (the police officers laugh). A man jokingly coughs and acts like he is choking after eating a bite of baby food.
► A man shouts at another man. A woman shouts at a man. A teen boy shouts at his father. A man shouts at a teen boy. A man threatens to harm or kill a teen boy if he leaves a gang. Two men discuss how one of the men had lost his daughter in a car accident. A man and a woman discuss how their daughter had died. A man and his teen son discuss the death of a young girl (the man's daughter and the teen's sister). A man tells another man and a teen boy that he will shoot a police officer, the teen boy asks the man if he will shoot two police officers, and the man responds that he will shoot both rather than go to jail. A man asks another man a hypothetical question about what the man's response would be if his mother was beaten and murdered. A man implies to another man that he had asked a woman to have an abortion but she had not. A man reads aloud statistics of people committing suicide and violent crimes. A man watches a television news station; we overhear the reporter discuss how a family had escaped from a burning house. A man jokes that running is "torturing myself." A man jokingly says that another man is in the hospital with "tubes and IVs and stuff" after having a kidney stone. A man jokingly asks his wife if their young daughter had "committed any crimes or misdemeanors." A man jokingly tells two men that he had started a gang as a child, and that the gang would kill snakes.

SUBSTANCE USE - A police officer is caught stealing drugs (small baggies with unidentified white powder) from police evidence lockup, a man hides a baggie of unidentified white powder that is found by a police officer and the man is arrested for drug possession, there are references to men selling drugs, two men discuss with a teen boy how they have various drugs in their car and will sell the drugs, police officers discuss drug use among young men and gang members, police officers discuss how two men had warrants out for their arrests due to drug use, and we see three men that have been arrested for drug possession and selling. A man tells three other men that he had been warned by his father not to drink while his father had a beer in his hand and was smoking a cigarette.

MESSAGE - Making a pledge must be taken very seriously. 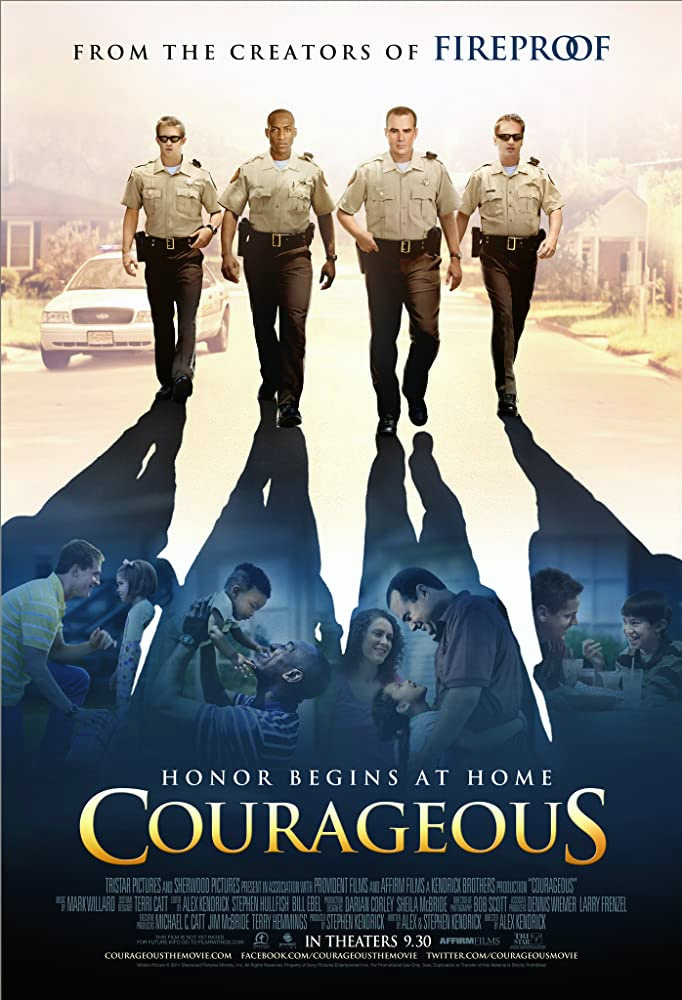