Why is “Countdown” rated PG-13? The MPAA rating has been assigned for “terror, violence, bloody images, suggestive material, language and thematic elements.” The Kids-In-Mind.com evaluation includes a few scenes of harassment and a couple of implied sex scenes, and some cleavage revealing outfits; several deaths caused by an unseen being with some blood shown, several jump scares and screaming, discussions of demons and discussions of drunk driving accidents ending in death; and some underage drinking, and at least 1 F-word and other strong language. Read our parents’ guide below for details on sexual content, violence & strong language.” When a newly graduated nurse (Elizabeth Lail) downloads a “death-clock” app that tells her she has only three days left to live, she is devastated. With the clock ticking, she must find a way to halt the supernatural forces controlling the app before she runs out of time. Also with Jordan Calloway, Talitha Bateman, Tichina Arnold, P.J. Byrne, Anne Winters, Charlie McDermott, Tom Segura and Peter Facinelli. Directed by Justin Dec. [Running Time: 1:30]

– A doctor reaches inside a nurse’s cardigan and lifts out her ID badge, rubs her shoulder, smells her hair, and continues touching her, although she tries to walk away each time; he grabs her and she screams and he tells the hospital authorities that she harassed him and they fire her. A woman in an office rubs a man’s shoulder, unties his scrub pants, tries to kiss him and he refuses; she lifts her sweater to reveal her navel and abdomen and leaves the room.
► A closet door rattles and when a woman opens the door she sees a shirtless teen boy, who leaves and puts on his sweatshirt (we see his bare chest and abdomen). A shirtless man answers his front door at night (we see his upper chest). Three women in different scenes wear off-the-shoulder blouses that reveal cleavage.
► A man wearing a T-shirt, shorts and socks lies on the floor next to a woman friend’s bed; she invites him into bed and the camera cuts to the woman under covers (please see the Violence/Gore category for more details).
► A woman tells another woman that she also was sexually harassed by a man. A man’s picture appears in headlines stating that several women are testifying against him for sexual harassment.

– A teen girl rifles through a medicine cabinet filled with prescription bottles in a hospital closet, a woman holds a hypodermic syringe in two scenes and injects herself (she falls unconscious and likely dead), and the word Narcan is written on a seemingly dead woman’s arm and a bottle of Narcan rolls on the floor as a teen girl fills a syringe with the fluid and injects the woman, reviving her. A group of many underage teen boys and girls drink beer at a house party, a drunken teen boy staggers to his car as he slurs his words and argues with a teen girl in the car (she gets out of the car and walks away as he shouts angrily and squeals his tires), a woman says that her mother died when she was a teen and had sneaked out of the house for a party and when the mom drove around looking for her she was struck by a drunk driver that ran a red light, a man and a woman in a bar drink from glasses of beer and another glass of beer is shown on the bar, a man sits in front of a glass of beer on a bar, and a man and a woman in a restaurant hold glasses that contain wine (no one drinks). A large amount of cigarette smoke rises from an ashtray behind some books on a desk (no one is shown smoking).

– Smartphone technology can really get out of hand. 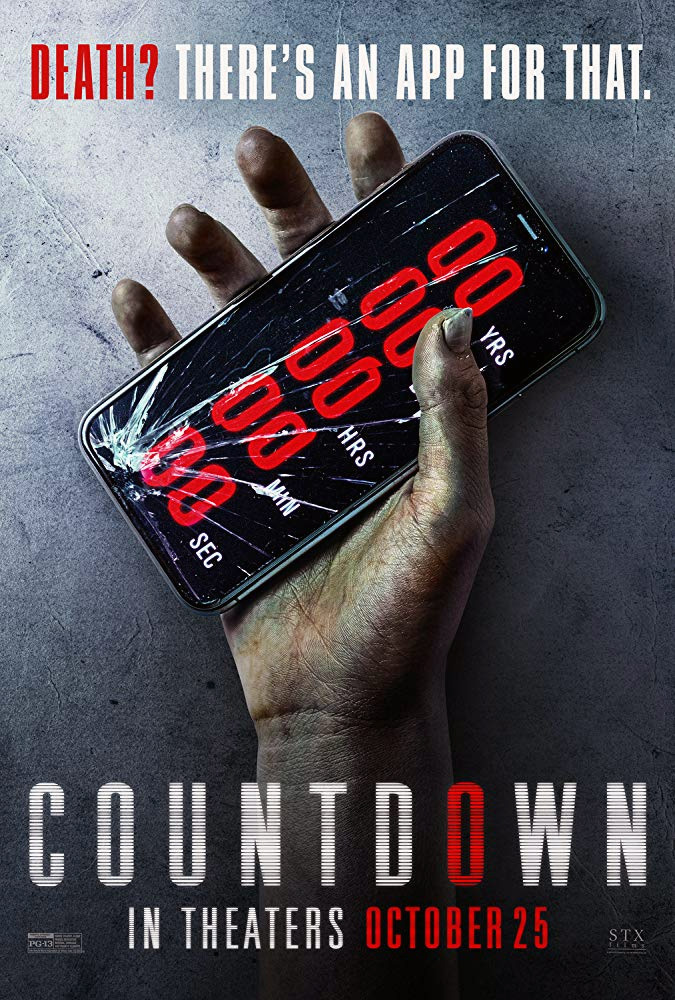