A man (Storm P) achieves his life long dream of becoming a pro basketball player but doesn't expect the troubles that follow. He discovers that his newfound wealth and success have changed his relationships. When he decides to have a cookout at his new house, he realizes how different his new and old friends are, and how some like him because he's rich and successful. Also with Eve, Frankie Faison, Farrah Fawcett and Danny Glover. Directed by Lance Rivera. [1:25]

SEX/NUDITY 4 - A man and a woman kiss and we see him caressing her bare thigh and clothed buttock (she's wearing a mini-skirt). A man and a woman kiss passionately, she wraps her leg around his waist and they continue to kiss. A woman comments about her husband's behavior being so "primal" and wanting to take him home "now." A man sleeps bare-chested in bed, and a woman sits next to him in a bathrobe. A woman sits on a man's lap and kisses his cheek, a woman kisses a man's face, and a man and a woman hug. A woman kisses a man. Two young men admire a woman's buttocks and make a sexual remark about her. Two young men ask a man about the shape of his wife's nipples. A man describes a woman's buttocks and talks about wanting to have sex with her. Men and women dance together in several scenes. A woman talks about wanting to find a husband and a father for her children. Women wear low-cut tops that reveal cleavage, tight-fitting outfits that accentuate their figures, short tops that reveal bare abdomens and short skirts that reveal bare thighs. We see a picture of a baby girl and a baby boy in a bathtub together (we see their bare chests). Men are shown bare-chested in a couple of scenes: on the basketball court, in and around a swimming pool. A man uses an anatomical term to refer to a rooster.

VIOLENCE/GORE 4 - A man holds a gun on a group of people and threatens them, and he threatens to shoot a man in the knee. A man with a gun holds up a convenience store. A man with a gun forces a woman into her car and forces her to drive off with him. A man pretends to have a gun in his waistband in several scenes and acts threateningly toward other people. Men shove each other on a basketball court, one man is shoved to the ground, and one man is elbowed in the face and falls to the ground. A woman crashes her car through a barricade. Two men fight over a map while in a car, the car swerves to miss a skunk in the road, and they drive off the road and crash into a tree (they appear uninjured). Two men carry a dead deer over their shoulder and a woman says, "be careful, you're getting brain all over the floor." A woman climbs over the roof of a shed to spy on her neighbors, and a woman pulls her by the hand and tosses her on the ground. A woman slips and falls hard on the floor. Two women shove each other, insult each other and threaten each other, and a woman yells at a man. A man threatens three children with a baseball bat, and a security guard threatens several people. A woman crashes her bicycle into a curb and is thrown onto the ground. A woman trips and falls on the floor (she is unconscious). Caucasians scream and act frightened when African-Americans drive into a gated neighborhood and start moving into one of the houses. A man drives a truck filled with horse manure, he stops to pick up two men, the man picks up a handful of manure, then picks up his sandwich and eats some, disgusting his passengers and causing them to get out of the truck coughing and gagging. A toddler carries around a diaper stained with feces, and a baby wears a diaper stained with feces. A man is sprayed in the face by a skunk and people react to the odor. A man flatulates loudly. Two young men in a car open their window and smoke billows out suggesting that they have been smoking drugs.

MESSAGE - Family and real love are what are important in life. 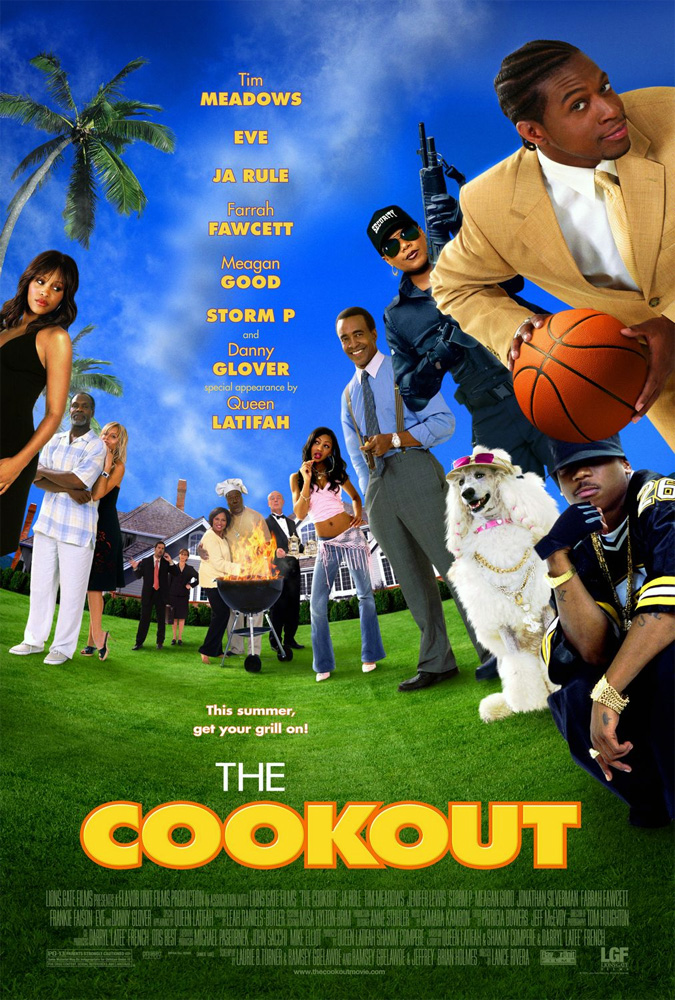