Why is “Cold Pursuit” rated R? The MPAA rating has been assigned for “strong violence, drug material, and some language including sexual references.” The Kids-In-Mind.com evaluation includes a couple of kissing scenes and references to sexual activity, a couple of scenes of a man wearing a towel around his waist, many violent attacks with beatings and shootings that result in death and bloody wounds, a few forced overdoses by injection, references to drug trafficking and dealing, and at least 4 F-words and several sexual references. Read our parents’ guide below for details on sexual content, violence & strong language.”

English-language remake of the 2014 Norwegian film In Order of Disappearance : A snowplow operator and model citizen (Liam Neeson) learns that his son has been murdered and decides to execute everyone involved. His search for the killers, fueled by fury against one drug lord (Tom Bateman) ends up igniting a bloody turf war between gangsters. Also with Laura Dern, Emmy Rossmun, William Forsythe, Julia Jones, Tom Jackson, Domenick Lombardozzi and John Doman. Directed by Hans Petter Moland. A few lines of dialogue are spoken in Ute with English subtitles and a few phrases are spoken in Thai without translation. [Running Time: 1:58]

– A man in a hotel lies on his back on a bed wearing only a towel from waist to knees; he has said that he always does this with a 20-dollar bill folded and covering his genitals to surprise the maid, hoping for sex, and with the camera focused on his head and shoulders, we see him move his arm downward off-screen (implying that he places a 20-dollar bill where his groin would be) until three men burst into the room with drawn pistols and laugh at him (please see the Violence/Gore category for more details). A man in a bubble bath reveals one bare leg up to the upper thigh and his bare shoulders and chest. A man walks into a bedroom wearing a towel from his waist to his knees and lies on his back on a bed (his chest and abdomen). A woman gyrates in her living room window while wearing a tank top that reveals some cleavage and tight yoga pants; we hear that she once worked in a massage parlor.
► Two men hold hands and kiss for several seconds while in the front of a car. A woman sits in a man’s lap and they kiss loudly several times.
► A man asks another man, pointing to his groin, “You ever try to drive while someone is sucking your …?” A man asks a woman about an old boyfriend, “How long were you two lovers?” and she answers, “Two months.” A man calls a woman to ask to stay overnight and she makes rattling noises to sound like static and hangs up. A man announces that the surname Coxman means “A man adept at the art of fornication.” A man says that he and friends laughed at the name Coxman many times. A man tells another man that his father taught him to “try to [sexual reference deleted] every waitress who ever serves you,” and he says he will try to have sex with (using a sexual reference) a waitress today. A man says another man’s father “[sexual reference deleted] anything with a hole.”

- A man kills another man by injecting him with heroin in the thigh, we hear that a man was killed with an injection overdose of "smack," a man says about a murder victim three times that "He wasn't a druggie," a police officer says that all drugs should be legal and taxed, two men cut into the belly of a taxidermied deer and fill it with bricks of a white powdered drug, a man opens a briefcase to find bricks of white powder and cuts them up with a knife (he later tells another man that he disposed of the drugs), a man smokes a marijuana cigarette, a man tells a woman that his father gave him three lines of expensive cocaine every morning when he was a child, a man tells a woman that he remembers them rolling around in cocaine when they were married, and a man says he has antibiotics in the back of his SUV. Men and women in a nightclub hold drinks as they dance and one man sips from a glass of wine, two men in a home each hold a bottle of beer but do not drink, a man drinks a glass of beer in a bar, a man and a woman drink from bottles of beer at a bar, three unopened bottles of wine are seen on a kitchen counter and a carafe of whiskey is shown on a shelf, and a newspaper photo features two women holding glasses of wine. A woman smokes a cigarette in a home, a man smokes a cigarette outside beside a sign.

- Vigilante justice can cause unexpected and extreme results. 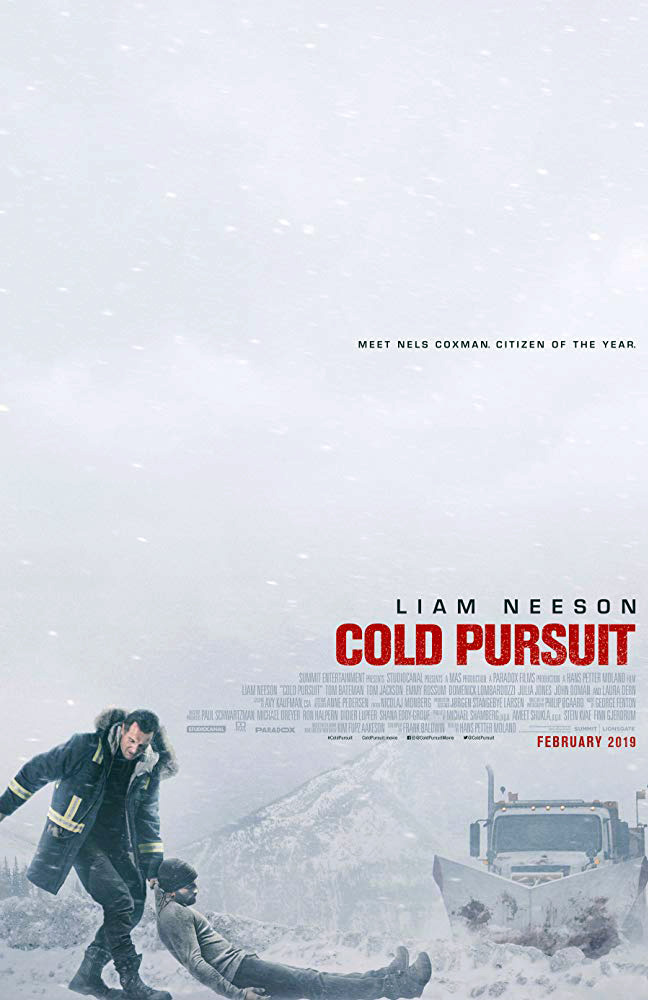