Why is “Coffee & Kareem” rated TV-MA? The MPAA has not rated this film. The Kids-In-Mind.com evaluation includes a sex scene and some kissing scenes, a strip club scene with partial nudity, a preteen boy making several sexual references, and some cleavage revealing outfits; several scenes of gunfire exchanges leaving people dead or wounded with some blood shown, an explosion that kills a man and his severed bloody head is shown, a few scenes of drug manufacture and distribution, several fights, threats of violence, arguments and a few car chases, and a few scenes of drug and alcohol use; and over 170 F-words and other strong language. Read our parents’ guide below for details on sexual content, violence & strong language.” An inept police officer (Ed Helms) dates a nurse (Taraji P. Henson) while her 12-year-old son (Terrence Little Gardenhigh) plots their break-up. To accomplish his scheme, the boy hires a criminal (RonReaco Lee) to kill the officer, but ends up accidentally exposing a web of crime among drug dealers and dirty police officers. Also with Betty Gilpin, Andrew Bachelor and David Alan Grier. Directed by Michael Dowse. A few phrases and sentences are spoken in a mixture of broken English and an Asian language without translation. [Running Time: 1:28]

– A woman straddles a man in a bed (he is dressed in a T-shirt and shirt and she is wearing a long T-shirt with a bra underneath) and she writhes back and forth as he moans; the man is covered from the waist down by a blanket (we see the woman’s lower thighs and knees), her preteen son sees them from the doorway, grunts, and leaves hurriedly and the couple abruptly stops. A woman kisses a man for a few seconds.
► A preteen boy makes several sexually suggestive comments (please see the Language category for more details). Reciting a poem in a class, a preteen boy implies that he desires his female teacher sexually (he gets a detention). In a school restroom, a preteen boy imitates a woman’s sexual moans for a friend; a woman stands in the doorway and tells the boys to get out. In motel room, a preteen boy watches a TV (we do not see it) and we hear sexual moans until a man turns off the set; the boy tells the man he must take him to a strip club or he’ll report that the man dressed him in a woman’s dress and gave him muscle relaxers to relax his anus.
► A strip club features fuzzy background shots of a bikini-clad waitress, a woman wearing thong underwear and possibly a bra as she writhes on the stage, and a bikini-clad woman walking around a dance pole. A woman wearing a bikini that reveals cleavage, abdomen and thighs under a thin jacket charges a preteen boy $150 to talk. On a TV screen, we see a close-up of a woman’s navel and short-shorts with bare thighs as she twerks for a few seconds. A man runs into a yard, chased by police and we see his bare thighs and legs with his genital area pixelated. Two women wear skimpy bras and thong underwear under long rubber aprons (from the back, we see buttocks). A preteen boy looks through a dressing room peephole to see women wearing very short miniskirts from the back and then from the front (we see cleavage and bare legs to the upper thighs). A woman stands in a bedroom doorway wearing a long T-shirt that reveals her legs up to the upper thighs, and we can see the outline of her bra underneath.

– Women in a criminal drug lab dilute and repackage kilos of cocaine with powdered baby laxative, during a drug bust a police official says he is high on cocaine and a woman officer says she is drunk (both are overly loud, but we do not see either use any substance), we see many kilos of cocaine in a couple of scenes and hear that one million pounds of the drug were confiscated by police, a woman and a man each snort a small amount of burned cocaine and say it’s terrible, and a man swallows two pills from a prescription bottle (we cannot read the label). A server in a strip club carries a tray with a few wine glasses on it, a man drinks from a bottle of whiskey as he drives a police cruiser, and a woman says another woman used to let many men do Tequila shots off her bare skin. A woman smokes a cigarette briefly outside a hospital, and a cigarette vending machine is seen outside a motel office entrance.

– Even an inept man can stand up for his convictions, bring criminals to justice, and protect his family. 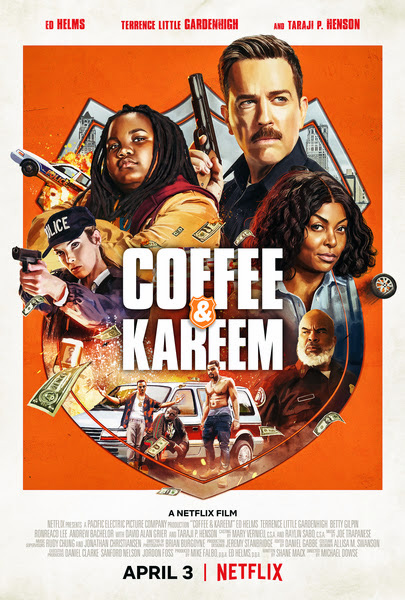