Set in 1983: A man (Armie Hammer) working as a research assistant with a professor in Northern Italy befriends the professor's teenage son (Timothée Chalamet) and their relationship blossoms into sexual romance. Also with Michael Stuhlbarg, Amira Casar and Esther Garrel. Directed by Luca Guadagnino. Several lines of dialogue are spoken in Italian with English subtitles. [2:12]

SEX/NUDITY 8 - A teen boy and a teen girl kiss and caress each other, she touches his clothed crotch and remarks at his erection and we see his bare back to the boxers top as he thrusts on top of her briefly (they both moan) and he climaxes. A teen boy and a teen girl wearing swimsuits go to a room where the boy puts a mattress on the floor and he removes her top (we see her bare breasts as he caresses them), he kisses her abdomen and unties her swimsuit bottoms with his head between her legs (oral sex is implied). A man touches a teen boy's hand and his face, they hug and caress each other, they kiss and sit on a bed, the teen straddles the man's lap and they kiss as they remove their shirts (we see bare chests, backs and abdomens), the man unfastens his belt and they lie on the bed (we hear moaning and breathing as the camera pans out the window) and we see them sleeping fully nude later (we see their buttocks, abdomens and chests). A man wakes a sleeping teen boy and performs oral sex on him briefly; the man sees a peach and touches what we understand is semen (the teen had used it to masturbate).
► A man and a teen boy lie on a bed, they kiss and roll over and we later see them each wiping something off their chests (presumably semen). A man tells a teen boy to take off his trunks and the teen does so; the man kneels on the floor and performs oral sex on the teen (we hear rhythmic sounds). A teen boy pushes the pit out of a peach and puts the peach in his pants; he rubs briefly and climaxes. A shirtless teen boy lies in bed wearing boxers (his bare chest and abdomen are seen), he slips his hand into his boxers and rubs briefly until he is interrupted by a man coming into the room and they talk. A teen boy grabs his clothed crotch in a couple of scenes.
► A teen boy and a teen girl undress to their underwear and go swimming (we see her cleavage, bare abdomen, back and legs and his bare chest, abdomen, back and legs). A man changes into swim trunks and we see his bare buttocks and legs. A teen boy changes into swim trunks and we see his bare buttocks and legs. Young men and woman are shown wearing swimwear that reveals bare shoulders, cleavage, bare abdomens and, backs and legs of women and bare shoulders, chests, abdomen and legs of men in a few scenes. A teen boy is shown shirtless in several scenes and wearing swim trunks, shorts of boxers. A man is shown shirtless in several scenes with swim trunks (his bare chest, abdomen, back and shoulders are seen). A woman's dress is low-cut in the back and reveals her bare back. A woman wears a low-cut top that reveals cleavage. Teen girls and young women wear low-cut dresses that reveal cleavage in several scenes. Several scenes show nude male statues that show genitals. A fresco shows a female figure with bare breasts.
► A teen boy moves toward a man, the man touches the teen's lips, they kiss tenderly and caress each other; the man pulls away, the teen grabs the man's clothed crotch and the man tells him not to. A man and a young woman dance in a crowd of other people dancing and they kiss.
► A teen boy kisses a teen girl on the shoulder after they undress to their underwear and prepare to go swimming. A teen boy and a teen girl kiss each other on the cheeks. A man rubs a teen boy's feet and kisses one foot. A man and a teen boy hold hands. A teen boy and a teen girl swim together and he picks her up and they spin around. A teen boy and a man talk with veiled allusions to interest in each other. A teen boy picks up a man's swim trunks and puts them on his head (there's a sexual implication). A clothed teenage girl (she's wearing shorts and we see her bare legs to the thighs) is shown lying on a bed in a teen boy's room. A man touches a teen boy's shoulder and massages him; the boy pulls away. A teen girl rubs a teen boy's shoulder and he walks away. A teen boy lies across the laps of two teen girls.
► Two men are identified as a couple and we see them embracing at a dinner party. A man and his teen son speak frankly about the teen's relationship with a man and the father seems to imply that he nearly had a similar relationship with a man. A teen boy says, "We almost had sex last night," (speaking of himself and a teen girl) and his father asks why they did not. A teen girl asks if a man is trying to "Get it on" with a young woman as they dance close together. A teen girl tells a teen boy, "I think you are going to hurt me and I don't want to be hurt." A teen boy tells a man that he saw a young woman naked on a night swim and that she has a great body. A statue is described as a "voluptuous Venus." A woman reads a passage from a book about a knight being in love with a princess. Two men look at slides of male statues and discuss their forms, referring to sensuality. A man and a teen boy speak on the phone and they say, "I miss you."

VIOLENCE/GORE 1 - A teen boy has a nosebleed while sitting at a dining table (he holds a cloth over it and then lies down with ice on it). A man has a bad scrape on his abdomen from a biking accident and he talks about putting a "witch's brew" on it.
► A man and a woman argue at a dining table. We hear about a sunken ship and see the arm of a statue (bronze) on the shore; we later see a male statue brought out of the water (please see the Sex/Nudity category for more details). A woman reads a passage from a book with a line that reads, "Is it better to speak or to die?" A teen boy talks about a battle site where 170,000 people died during WWI.
► A teen boy vomits (presumably from drinking too much) and we see goo; he later vomits in a fountain and we do not see goo. A man urinates and we hear the stream and the toilet flush. A man urinates and we see the stream.

MESSAGE - Relationships are hard and can be painful when they end. 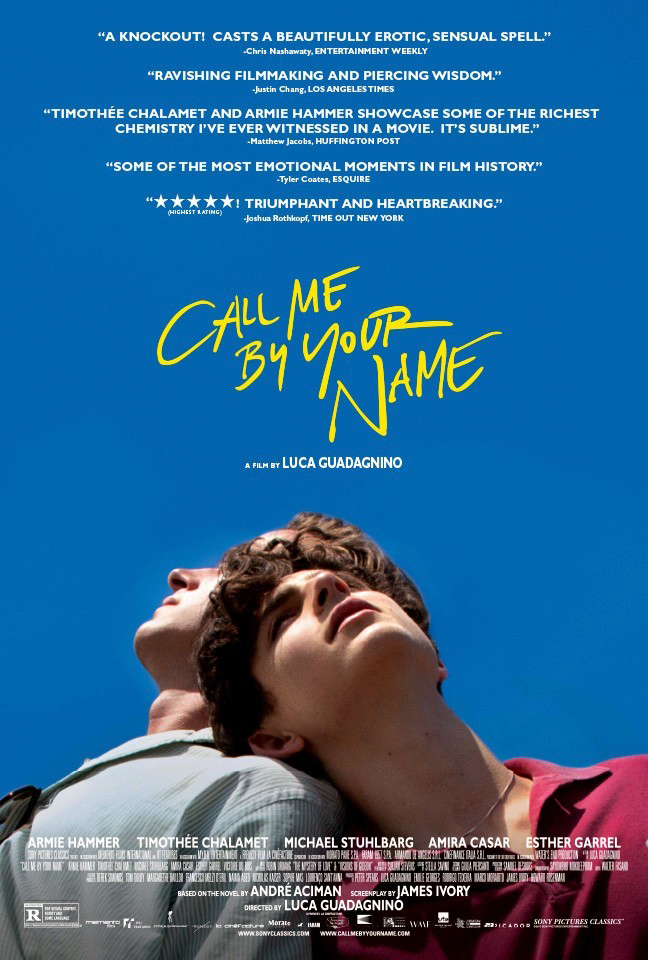