Why is “Bruised” rated R? The MPAA rating has been assigned for “pervasive language, some sexual content/nudity and violence.” The Kids-In-Mind.com evaluation includes a couple of sex scenes between a man and a woman and two women with partial nudity, discussions of prostitution, references to rape, many MMA fight sequences and sparring scenes that show fighters with bloody wounds, many arguments with some leading to shoving and choking, and nearly 100 F-words and other strong language. Read our parents’ guide below for details on sexual content, violence & strong language. A disgraced former MMA fighter (Halle Berry) lives with her abusive manager (Adan Canto) while working as a house cleaner. Alcohol helps her cope with daily life, but her manager insists that she return to the ring and she clashes with him, her mother, and booing crowds to regain her career while also trying to care for her preschool son. Also with Valentina Shevchenko, Shamier Anderson, Danny Boyd Jr., Stephen McKinley Henderson, Sheila Atim, Adriane Lenox, Angel McQueen, Lela Loren, Heidi Moneymaker, Jacob Crespo and Denny Dillon. Directed by Berry. [Running Time: 2:09]

– A shirtless tattooed man belittles and shouts at a woman at home, slams her into a wall, chokes her, and then kisses her; he pulls down his pants (below the frame), he carries her into a hallway, we see her legs wrapped around him as he pushes her against a wall and we see him from the back as he thrusts (we hear smacking of flesh against flesh and we see his bare buttocks); he stops moving as both people groan.
► A woman kisses and embraces another woman and they lie on a bed: we see each woman with her hands covering the breasts of the other woman at different times, as they moan (we see bare partial abdomens and one thigh); they kiss several times, spoon and the woman in back moves her hand over and behind the other woman’s visible bare thigh and both women sigh and fall asleep. Two women lie clothed on a bed; one woman says she is not ready for a relationship and the other cries a bit and walks out of the room.
► A woman shouts at her mother about the mother’s boyfriends (they’re prostitution customers) and brother raping her as a child; the mother says she never knew. We hear that a woman’s wife left her, taking their young son with her.
► A woman stands with her nude back to the camera and we briefly see the side of one breast; she puts on a shirt, turns around and grabs a cell phone away from a 10-year-old boy who was photographing her and she stomps on the cell phone and storms out of the house. A woman sits on a toilet and one bare buttock and thigh are visible. Two women in a news conference wear bikinis that reveal cleavage, abdomens and thighs. Many women MMA fighters are seen wearing stretchy crop tops and biker shorts. A woman wears a sleeveless cotton undershirt that outlines her breasts (no nipples are seen).

– A flashback sequence shows blurry scenes of various pairs of female MMA fighters striking each other with punches, kicks, chokes, throws, and sustained fist pounding of the head and torso (we see sweat but no blood); the vision of one woman becomes blurred during one fight and she falls with a thud, and another woman is dragged unconscious from a ring with her face beaten and torn badly (blood soaks the floor).
► A crowd cheers and boos around an octagon cage match in which two women fight (they grunt, groan, gasp and sweat) in five rounds that include punching, kicks to the thighs, buttocks, and stomach, slaps to the upper arms, choking, grappling, and fist pounding of each woman’s face and chest on the floor of the ring; one woman is cut over an eye, on a cheek, and has a bloody nose, the other woman has blood on her cheek and the ring floor is smeared in blood.
► A man takes a woman to an illegal underground MMA match where a man recognizes her as a former fighter, cat-calls at her and another woman fighter spits whiskey in her face: they fight and the first woman pins the other woman, and head-butts her in the face several times until she knocks her out below the frame (we do not see the damage, but the first woman has a black eye and a bloody nose). Several sparring scenes feature women exercising strenuously, sweating and sparring; sparring includes punches, slaps, grappling, falls, and throws as the women pant, grunt and sweat.
► A man belittles and shouts at a woman at home, slams her into a wall and chokes her (please see the Sex/Nudity category for more details). An angry man shouts at a woman and her preschool son at home, slams her to the floor, and takes her young son’s keyboard away; he smashes the instrument and throws it into the street as the boy stands silent, looking sad and frightened.
► A woman steps out in front of a car carrying a man and a woman on a rainy night; she shouts and belittles the woman in the car and presents her with her estranged preschool son who is mute after witnessing his father being shot in the head and killed. A woman has a panic attack in a diner, rushing to the washroom and telling her young son to stay at the table; in the washroom, she paces, jumps up and down, gasps, hyperventilates and finally lies on the floor to calm herself, she shouts angrily when her son knocks on the door, finds him missing when she leaves the washroom and rushes to the street, calling his name (she finds him at his grandmother’s house). A young boy sees his mother knocked down in a sparring ring and spills his crayons on the floor. A young boy at home, sets a pot of water on the stove and hot dogs in the microwave and both appliances catch fire; a man rushes in, cursing and shouting, and a woman and the boy leave.
► A man says he served 15 years in prison for second degree murder at age 16 because he was at the crime scene and he says a woman as in juvenile detention. An angry man shouts at women and a man in several scenes. A woman argues loudly with her mother in front of her preschool son; the older woman takes custody of the boy and ejects the other woman from the house. A man shouts at a woman in front of other people and the woman accuses him of using her as a target for female fighters to beat up in fixed matches; the man walks away.
► An exhausted woman vomits white material into a bucket. A woman lies in a heated sleeping bag to sweat off weight as she grimaces, shakes and groans. A young boy at school urinates on the floor (we see the wet floor) and a girl laughs at him and an adult woman scolds the girl briefly.

– A woman holds a prescription bottle as she giggles and slurs her words. A few men and women smoke cigarettes on sidewalks, at a gym and in apartments, and an ashtray is shown full of cigarette butts. A woman chugs from a bottle of wine and fills up a household spray cleaner bottle with the beverage using it to spray into her mouth, a woman pours four bottles of whiskey down a drain, a woman waves a Margarita glass and blends a drink in a blender twice while slurring her words and staggering, three bottles of wines are shown on a table, a woman chugs from a whiskey bottle and another woman sips from a beer bottle, a woman picks up a bottle of whiskey and leaves the room, and a woman wears an arm sling and has a cut over her eye (could be from a bar fight or fall after she drinks whiskey). 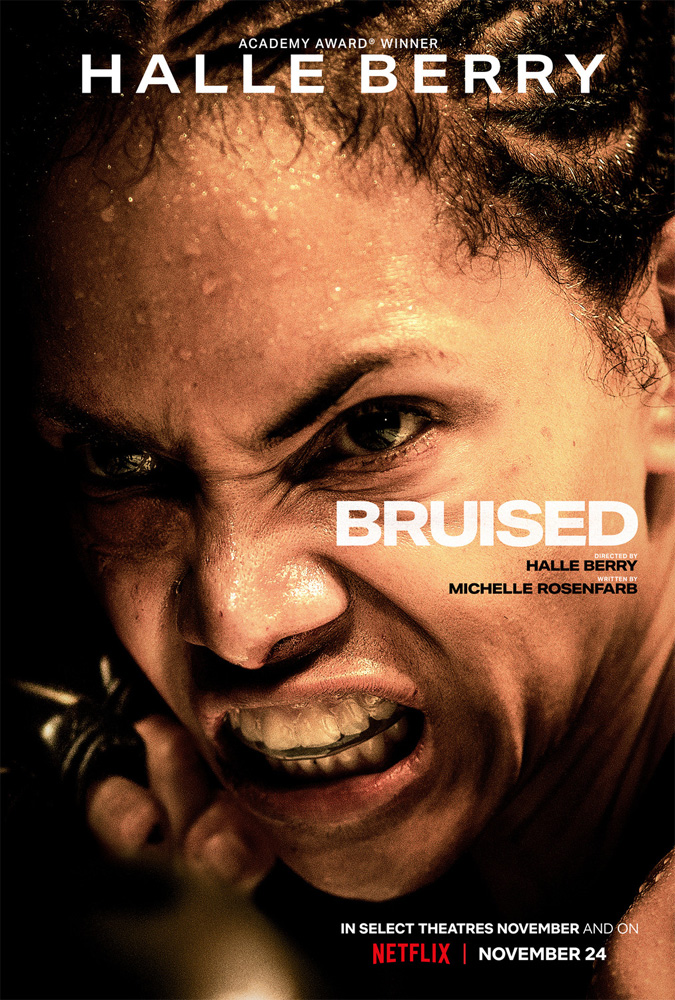