Heath Ledger and Jake Gyllenhaal star as two ranch-hands who meet in Wyoming in the summer of 1963, while tending a herd of sheep on Brokeback Mountain. They begin a love affair that remains secret, while they lead double lives as heterosexual men, haunted by their private desires and past. Also with Linda Cardellini, Michelle Williams and Anne Hathaway. Directed by Ang Lee. [2:14]

SEX/NUDITY 8 - Two men sleep in a tent, and one man pulls the other man's hand under his blanket, they hold each other, and one unfastens his pants; the other unfastens his pants also, turns the first man around, and he thrusts rhythmically and they both moan (we see part of their bare buttocks from the side).
► A man and a woman kiss, they have sex, and we see the man thrusting while on top of her (her bare breasts are visible along with his bare chest). A husband and wife kiss passionately, he rolls her over on her stomach and we see brief thrusting. A man and a woman kiss passionately in a car, they climb into the back seat, she removes her top revealing her bare breasts, he caresses her breasts, they continue kissing and it is implied that they have sex.
► Two fully nude men (their genitals, bare chests, buttocks and legs are visible) jump off rocks and into water. A nude man washes his clothes in a stream (the man is squatting down so we see his bare buttock, back and legs). A man in the background and slightly out of focus takes off his clothing and washes himself from a bucket of water (we see his bare buttock from the side, and his bare chest and legs).
► Two men hug and kiss passionately, and the wife of one of them sees them kissing. Two men kiss, they lie in a tent together (one man is bare-chested), and they hold and caress each other. Two bare-chested men wrestle and play fight, they end up on the ground, one on top of the other, and they kiss. Two bare-chested men lie in bed in a motel room holding each other (presumably after sex).
► A man walks into an alley, approaches another man (presumably a male prostitute) and they walk into the shadows together (presumably to have sex). A man tries to buy another man a beer and it is implied that the man understands that he is making an unwelcome sexual advance.
► A woman wearing a tube top and shorts (revealing cleavage, bare shoulders and legs) asks a man to dance; they dance, they sit down at a table together and he rubs her feet. Men and women dance together in a few bar scenes.
► A husband and wife kiss at their wedding. Two men embrace when they meet in several scenes. A man and a woman admire each other from a distance.
► Two men make crude sexual remarks at a public gathering (please see the Violence/Gore category for more details). A man talks about having sex with a woman using crude terms.


VIOLENCE/GORE 6 - A man is beaten by three men with clubs (we see his very bloody face and it is implied that he was beaten to death). A man talks about another man being beaten by a mob with a tire iron and then dragged around by his genitals until "they fell off" and we see a boy (the man when he was a child) looking at a bloody and battered dead man.
► Two men make crude sexual remarks at a public gathering, and another man tells them to stop; they persist, the man punches one of them in the face (we see him with a bloody nose) and kicks the other in the head. Two men wrestle and fight, one punches the other in the face (he has a bloody nose) and the other punches the other in the face too (he has a black eye). A man is nearly hit by a car, he punches the driver of the car twice, the driver gets out of the car and he punches the man several times while he is lying on the street (we see some blood on his face). A man gags, cries and punches a wall when he and another man part company.
► A man shoots an elk, it recoils when it is hit, it stumbles and falls to the ground, and we then see two men cooking and eating its meat and there are other pieces of meat hanging to dry. A man finds a dead and bloody sheep with its chest and abdominal cavity open and bones and organs visible.
► A man is thrown off his horse when it rears after seeing a bear; the man runs after the horse and appears to be limping. A man shoots a gun at a wolf prowling around a herd of sheep.
► A woman confronts her ex-husband about an affair that she suspects he had (with another man); he yells and raises his fist, she screams and he leaves. A husband and wife argue and yell at each other. A man yells at another man and threatens to hit him. Two men yell at each other and argue.
► We hear that a man was killed when a tire on his car blew up, the hubcap hit him in the face knocking him unconscious, and he drowned in his own blood.
► A man talks about his parents having died when he was young and that he was raised by his brother and sister. A man talks about a lightning storm having killed 42 sheep and that the smell nearly asphyxiated him.
► Two men are pelted by large hail during a storm. We see children playing with firecrackers (no one is injured). A man holds a young sheep and pulls something out of its leg (like a thorn or a burr). A man urinates in the background (we don't see or hear anything).

SUBSTANCE USE - Two men smoke marijuana and drink whiskey. A man and his 19-year-old daughter drink alcohol together (it could be whiskey), two men drink whiskey in many scenes throughout the movie, several people drink wine with dinner, and people drink beer and other alcoholic beverages in several bar scenes. Two men smoke cigarettes and drink beer in a bar, several men smoke cigarettes in many scenes throughout the movie, a woman smokes cigarettes in a few scenes, a man spits into a cup (he is apparently chewing tobacco), and a man smokes a cigar.

MESSAGE - Love and passion can endure the most adverse situations. Homosexual love can be as strong as heterosexual love. 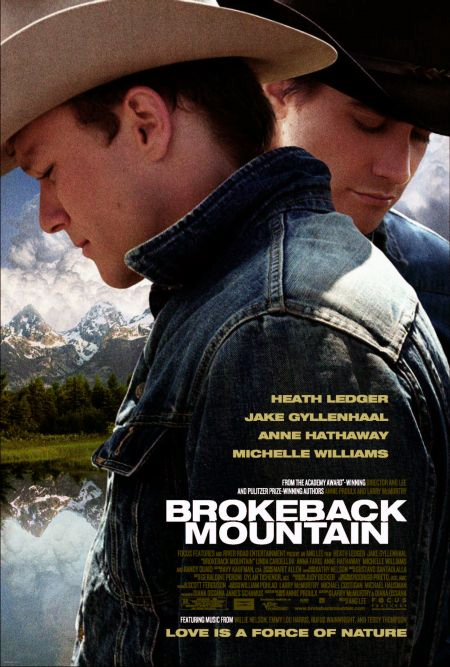