Jamie Foxx stars as a magazine editor who is unceremoniously dumped by his fiancée at their engagement party. Distraught, he begins to write a letter that becomes a guide book on breaking up, and he becomes a best-selling author. Wanting to save his friends from the same fate, he advises them on dumping their mates. Also with Gabrielle Union, Morris Chestnut, Jennifer Esposito and Bianca Lawson. Directed by Daniel Taplitz. [1:25]

SEX/NUDITY 6 - A woman describes a sexual fantasy where a stranger kisses her neck, breasts and belly, she appears aroused and the man she is talking to begins to kiss her, she pushes him away then she climbs on him and they kiss. We hear moaning and kissing and see a man sit up on a couch where a woman lies (his shirt is partly unbuttoned). A man and a woman dance and kiss, a man and a woman kiss in several scenes, and a man and a woman hug. A woman wears a short skirt and a bikini top, she asks a man to rub her thigh, he does (we hear him moaning) and she places her foot on his crotch. A man polishes a woman's boots and she pushes him back onto a bed with her foot (there is the suggestion of a dominatrix situation). A man and a woman lie in bed together and it is implied that they have just had sex (he is bare-chested and she has bare shoulders and is wrapped with a sheet). A man and a woman sleep in bed together (the man is bare-chested and the woman wears a camisole that reveals cleavage and pajama pants). A woman takes off her jacket (she is wearing a low-cut short top that reveals cleavage, bare abdomen and bare shoulders) and the man in the room misunderstands her intensions and makes remarks that suggest that he will pay her for sex. We see through a not totally transparent pane of glass that a woman's leg is bare to the thigh, she is lifting it in the air and the man who is in the office with her is seen later with lipstick on his cheek. An elderly man makes suggestive remarks to a younger woman in several scenes; in one scene he sits nude on a bed with a towel over his lap and asks her to hold his private parts, in another scene he holds the woman's hand and pulls it toward his crotch. A man and a woman hold hands. A man talks about his sexual exploits. Three women talk about their involvement with a man (one is his fiancée, one is his girlfriend, one just has sex with him). We see a woman's hand gestures as she describes to a police officer when a man has molested her (she puts her hand on her breast). A man toasts to a man, "having sex with the same woman..." at an engagement party and the other man talks about there being "so many positions." A man talks about wanting to play "naked twister." A man talks about wanting a groupie who "will do anything." A woman admits to a man that she is having an affair. A woman leaves a message on an answering machine saying that if a man "wants more than sex..." A woman talks about wanting to find a "grand passion" in her relationship. A remark is made about a man running around "half naked." A woman sits in a bath tub with bubbles to her shoulders. Women wear dresses that are low-cut and reveal cleavage, bare backs and shoulders in many scenes. We see a man's bare chest when his robe hangs open. We see a statue of a man with exposed genitals. We see a dog licking his crotch.

VIOLENCE/GORE 3 - A man runs next to a train and slams into a pillar (we hear a loud crunch). A man yells and lunges at a man who shoves him onto the floor and the first man continues to threaten him. We hear a punch in two separate scenes; in one scene a man lies on the floor on a cake and in the other we are told he was hit on the ear. A man bites his hand and we see blood trickling down his thumb. A man has a heart attack and falls on the floor, and we see him in a hospital room with oxygen tubes in his nose. A man yells and grabs his crotch a couple of times complaining of sharp pain. We see a woman's hand gestures as she describes to a police officer how a man has molested her (she puts her hand on her breast). A man smacks another man on the head a few times. A man and a woman argue in several scenes. A man talks about a disgruntled employee murdering co-workers. A man falls out of a chair (he is drunk). A dog barks and growls at a woman in several scenes; in one scene we hear her scream and hear a crunch (she has a bandaged foot later). A dog yelps when a man steps on him accidentally. A man takes a dog to the pound after a woman says she wants him "put down." A man polishes a woman's boots and she pushes him back onto a bed with her foot (there is the suggestion of a dominatrix situation). A dog urinates on the floor several times (we see puddles form and hear the trickle). A dog flatulates.

SUBSTANCE USE - People and a dog are shown drinking alcohol and smoking cigarettes.

MESSAGE - Honesty is the most important element in any relationship. 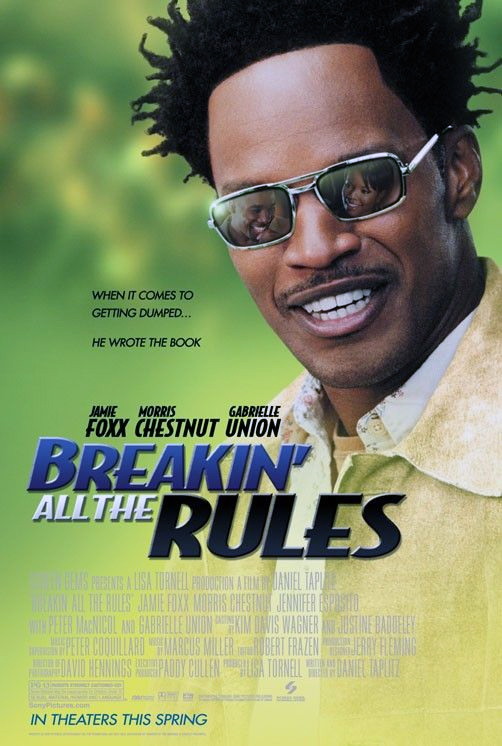